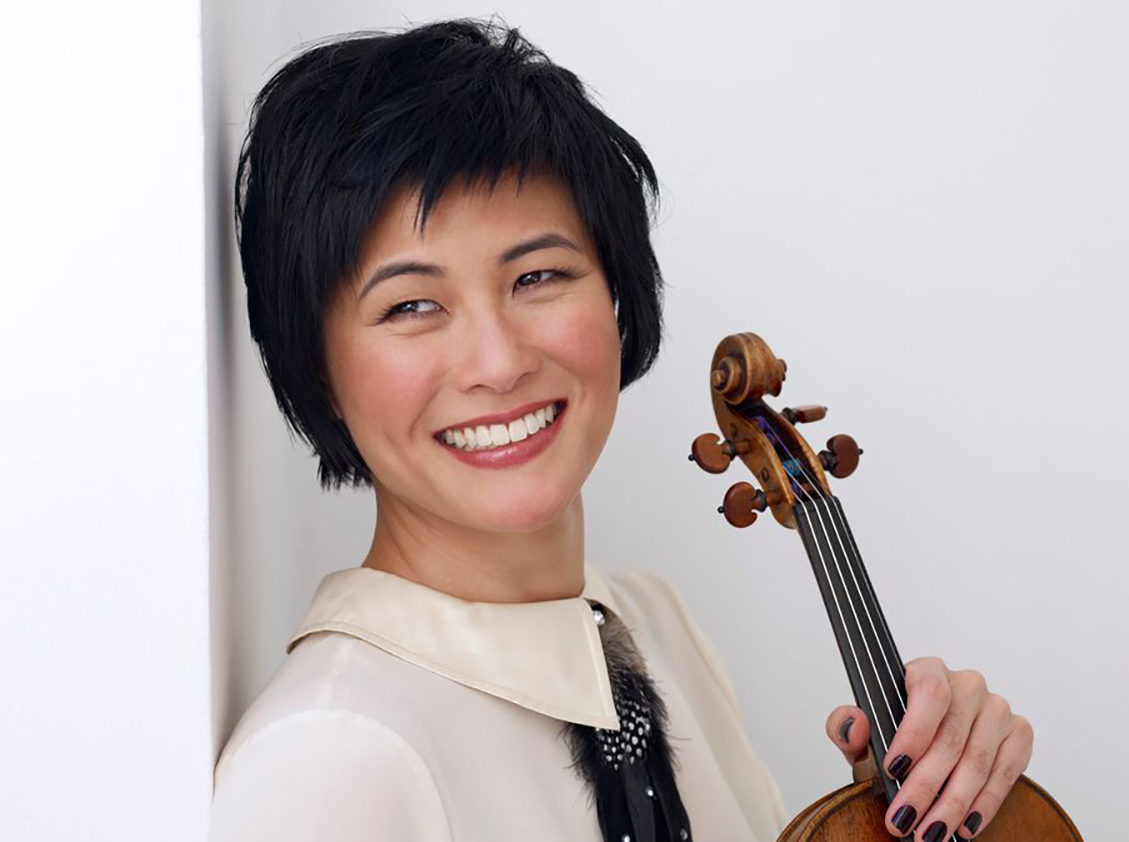 Koh’s mother came to the United States in the ’60s as a refugee during the Korean War with $30 in her pocket. She then got her Doctor of Philosophy in three years. Today, her daughter plays with orchestras across the globe.

Koh, a solo violinist, will perform with the Chautauqua Symphony Orchestra for the first time at 8:15 p.m. Saturday in the Amphitheater.

“I think when my parents had me they tried to give me everything that they did not have,” Koh said.

And the programming department invited Koh this season to give the CSO something it did not have: As a first-time violin soloist with the CSO, Koh contrasts Thursday’s performance from Chautauqua staple Augustin Hadelich, according to Deborah Sunya Moore, vice president and director of programming at Chautauqua Institution.

Moore said she aims to provide variety with the CSO soloists and seeks balance between tradition and innovation.

That bridge between old and new proves important to Koh as well.

Musical America named Koh 2016 Instrumentalist of the Year. The title honors her “forward-thinking approach to classical music, presenting a broad and eclectic range of repertoire and fostering multidisciplinary collaborations with artists of all types and styles,” according to her website. Koh’s solo comes in Antonín Dvořák’s Violin Concerto in A minor, B. 96/108, op. 53. She recently performed that piece with the Pittsburgh Symphony Orchestra.

Listeners will also hear Bedřich Smetana’s “Dance of the Comedians” from The bartered Bride and Pyotr Ilyich Tchaikovksy’s Symphony No. 5 in E minor, op. 64 at the concert.

Although it’s not on the program for Saturday’s concert, Koh’s most recent project, “Shared Madness,” premiered in June at the New York Philharmonic’s Second Biennial. “Shared Madness” uses several composers to explore the meaning of virtuosity in the 21st century and the support between artistic communities, according to her website.

Koh cited Milanov as a reason for her visit to Chautauqua. She has collaborated with Milanov before, most recently this past fall in Princeton, New Jersey, on a work titled “The Seamstress” composed by Anna Clyne.

“He is a great human being and a great musician,” Koh said.

Milanov echoed that sentiment toward Koh.

“Jenny is an artist that I have a lasting artistic relationship with,” Milanov said. “We performed together some 10 years ago in Honolulu and from the first note of the Tchaikovsky Violin Concerto, I knew we were speaking the same language.”

Milanov, who said he looks forward to welcoming Koh to the Chautauqua community, described her as an inquisitive mind and her music as personal and deeply probing.