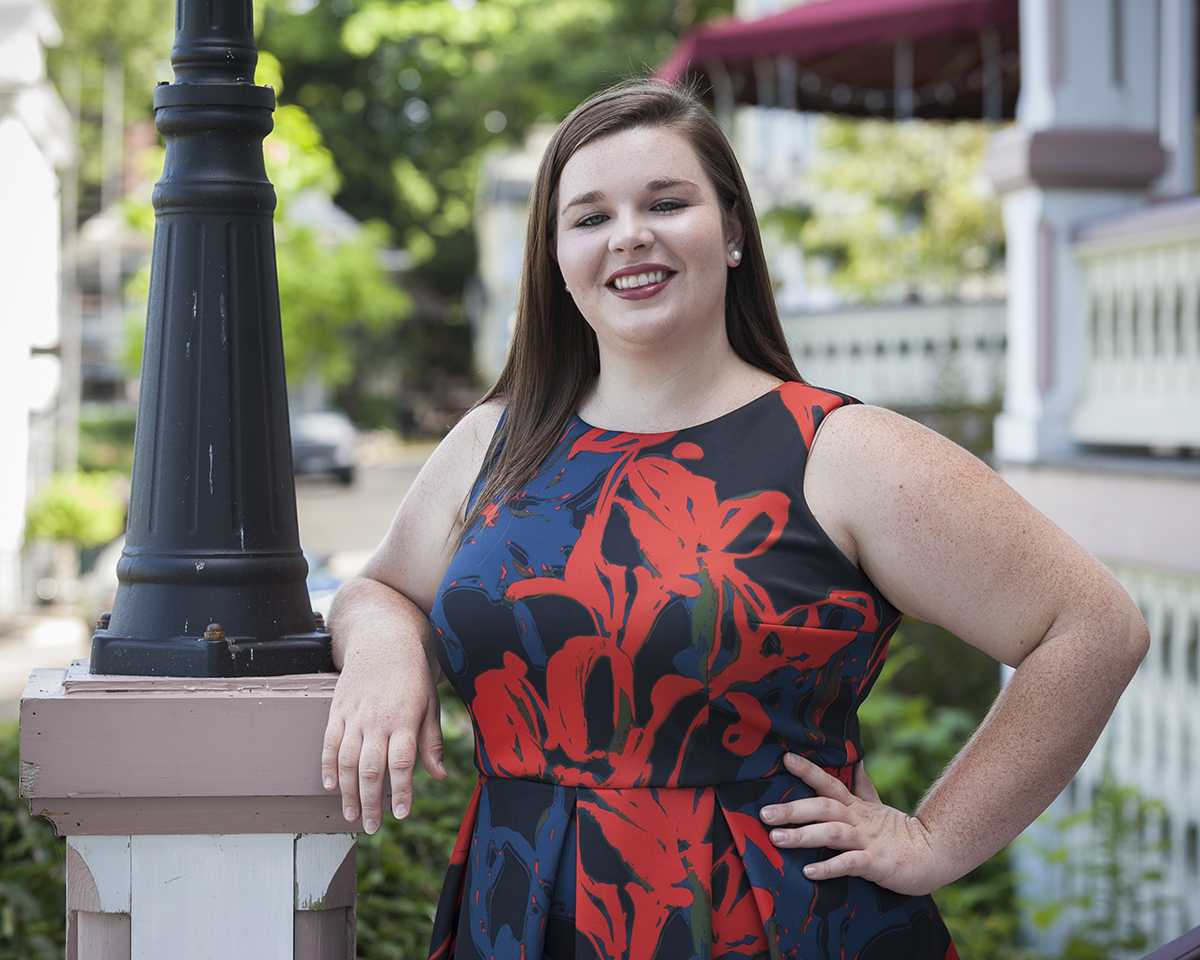 Not all timbres are created equal. Some singers’ voices work better with certain pieces. For voice student Kathryn Henry, Henryk Mikołaj Górecki’s “Symphony of Sorrowful Songs” fits like a glove.

When the Chautauqua Symphony Orchestra collaborates with the Chautauqua Theater Company at 8:15 p.m. Thursday in the Amphitheater, Henry will sing in three movements of the Górecki symphony.

The first movement of the piece, she said, has a lot of instrumentation, which makes her entrance about 13 minutes after the music begins.

The third movement has a more folksy feel. Henry said the second movement is her favorite of the three.

The text was lifted from the wall of the Gestapo’s headquarters in Zakopane, Poland. It is a final goodbye from a daughter to her mother, which Henry said resonates with her.

“It’s heart-wrenching, because my family is very religious, and if I was in danger, I would think the same thing,” she said. “I would hate for my parents to be devastated if something happened to me, and then I would probably pray the Ave Maria.”

She said Ave Maria has been an important part of her whole life, and being able to sing it in Latin, and now Polish, she feels even more connected to its meaning.

Henry started working on the pronunciation in the piece last September. She consulted Benjamin Schultz, who authored a book on Polish diction for singers. He gave her the international phonetic alphabet and went through the piece with her.

“I continuously read the poetry and tried to get it in my brain,” she said.

Henry has called Sheboygan, Wisconsin, home for most of her life, but singing has lead her to the East Coast.

“My whole life I’ve been singing in choirs,” Henry said. “It wasn’t until my freshman year of college that I went to my first opera, and I fell in love with it.”

Henry said she started taking voice lessons in her junior year of high school, around the time she started getting involved in concert chorale. Her studies have been focused on singing ever since.

Henry will continue her vocal education at The Juilliard School in the fall.

“When I chose to go to Juilliard, I was really ecstatic, because it’s going to be an easier transition for me because I already know my teacher, and I already have a ton of friends that I met here, and I work well with them,” she said.

She said the move will still be a challenge for her because of the transition from Wisconsin farmland to a big city such as New York.

“I’m really excited for all the opportunities Juilliard has to offer,” she said. “Academically and performing-wise, it’s really great.”

Henry first studied at Chautauqua in 2015. This year, she has a tighter schedule, having just performed as First Lady in The Magic Flute, as well as three concerts and tonight’s performance in the Amp.

“The fun part is you don’t know you’re going to do all of this until you get here,” she said. “You do the Sing-In and then [the faculty says], ‘here you go.’ ”

She said getting to know the faculty at Chautauqua has helped prepare her for the next step. She said she made the decision to only work with Marlena Malas for her graduate education, so she only applied to Curtis Institute of Music and Juilliard.

“For instrumentalists and vocalists alike, we all try to find a teacher that we know we are going to be comfortable with, in graduate school,” Henry said. “So for me, to be able to find [Malas] and get to work with her all last summer, and get to know her teaching style, it made me feel really comfortable when I was auditioning for schools.”