Flannery O’Connor contended in her essay “The Nature and Aim of Fiction” that there was no writer “hotter after the dollar” than Henry James, or a more “conscientious artist.” Besides her commentary on James and chasing paper, O’Connor also had some advice for writers of fiction.

She noted that writers must have three different visions: allegorical, tropological and anagogical. With his Brown Bag, “The Geography of Story,” writer Tom Noyes will discuss how these concepts apply to conveying the feeling of place in writing. 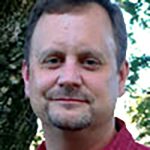 Noyes is the prose writer-in-residence for Week Five at the Chautauqua Writers’ Center. His Brown Bag will be at 12:15 p.m. today on the front porch of the Literary Arts Center at Alumni Hall.

“We don’t share the same geography,” Noyes said. “But [O’Connor] definitely has some very wonderful, wise things to say about interpreting place.”

Noyes teaches writing at Penn State Erie, The Behrend College and is a consulting editor of the journal Lake Effect. His most recent book, Come by Here, is a collection of short stories and a novella set in the Rust Belt. Each piece in the book is based on a real-life environmental disaster or controversy, Noyes said.

When he saw that the theme for Week Five was “People and Environment,” Noyes said inspiration struck.

“Place kind of screamed at me as a pertinent theme,” Noyes said.

O’Connor wrote that the allegorical meant one fact pointing to another, the tropological meant the moral life and the anagogical meant the spiritual life. These ways of seeing are applicable to writing about place, Noyes said.

Noyes said he’ll use O’Connor and other place-oriented writers as commentators to help frame his argument about how geography affects writing and reading habits.

Noyes said he’ll explore how place has had an impact on writers throughout history — such as O’Connor, one of the faces of Southern Gothic — as well as his own writing experience. He said he’ll discuss three different places he’s portrayed in his own work.

He hopes his audience will leave his talk with a renewed appreciation for the sense of place in their reading and writing.

“If they’re writers and readers — which most of them will be — they can start thinking about how particular places have shaped their literary, writerly and readerly visions and how they’ve been impacted by particular places in their lives,” Noyes said.

‘Meet the Musicians’ Brown Bag Has the CSO Teaching