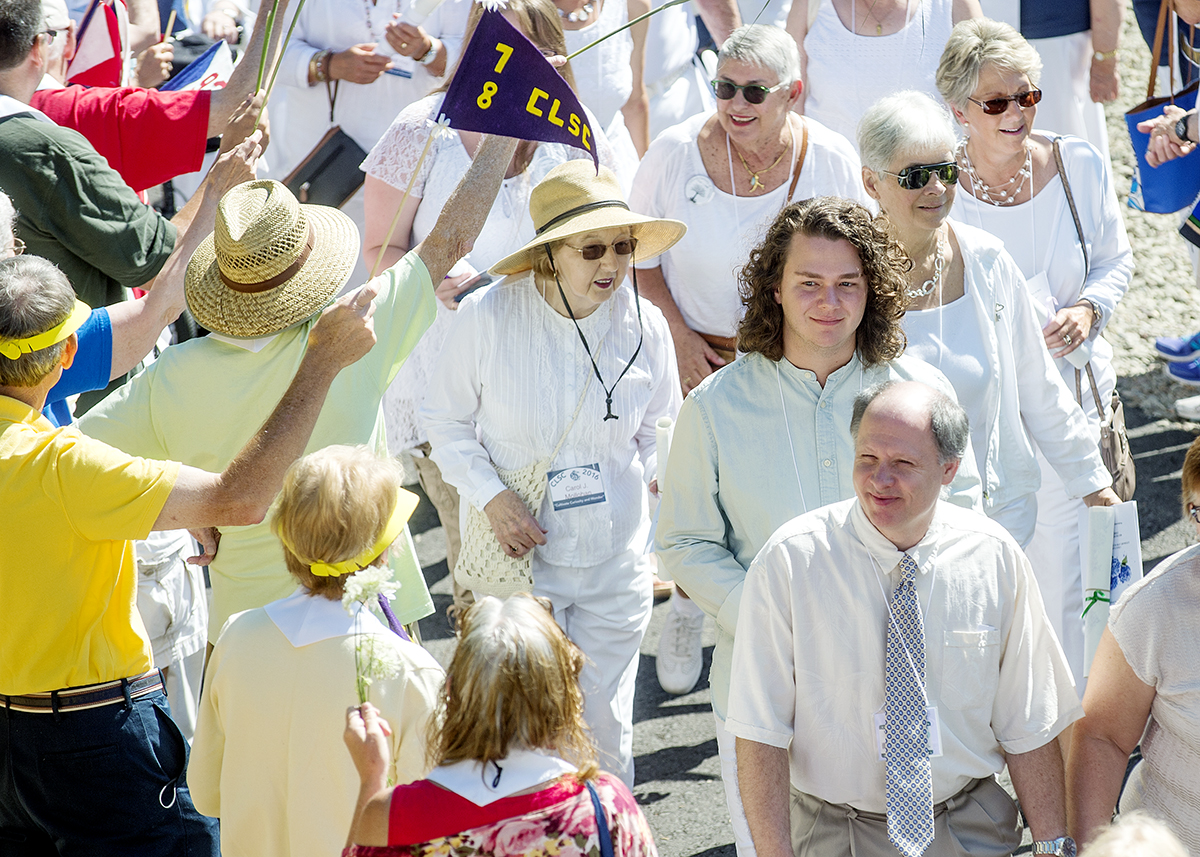 The CLSC is so much bigger than me.

I recognize that fact nearly every minute of every hour that I work at The Chautauquan Daily.

As I interview the CLSC authors and realize that they’re just ordinary people who are very, very good at writing words down.

As I hunt and peck through the CLSC historic book list, figuring out which of those almost 900 books can fill the “Reporter’s Notebook” sidebars I write that probably nobody reads.

As I realize there is no way on this good Earth that I can read all of the CLSC books for the season before talking to the authors.

It’s huge. I’ve now spent almost three summers reporting on the CLSC, and I know it is one of the best jobs I’ll ever have.

I’m one of 138 members in my graduating class. I know one other — a friend I’ve made at Chautauqua. I met four more on Recognition Day — friends of friends and parents of friends. One of my fellow graduates is a 10-year-old, who I’m extremely envious of because he’s younger than me, and because he’s discovered something so great so early.

Then there are the other 129 people I can only hope to know in some way over the years to come.

Lewis Miller wrote in The Chautauqua Movement that when it came to the CLSC, “In all this there is something singular and beautiful.”

I agree, and to be included in that is nothing short of amazing. Miller really liked to differentiate between people who are a part of the “assembly” and people who are part of the “circle,” or the CLSC. He was a total snob when it came to readers and nonreaders, and I get where he’s coming from, because I can be a total snob about the exact same thing, too.

Miller thinks the members of the CLSC are on to something deeper, and my time at Chautauqua and at the Daily makes me think that’s true.

I recently had a conversation with a friend I trust and respect about being part of something that’s larger than yourself. We agreed that it’s weird, scary and makes you feel vulnerable.

Now that I’m on the other side of Recognition Day, I can attest to all of those feelings.

I’ve paid the membership and class dues. ($65, which is kind of a lot for an intern.)

I’ve worn the white, or at least washed-out chambray, because who owns that much white clothing? (The answer is most of my graduating class, but that does not include yours truly.)

I’ve marched in the parade. (The effect of which is somewhere between a traffic jam and Roman triumph.)

I’ve passed through the golden gates — a very real structure erected at the entrance to the Hall of Philosophy, not the metaphorical gates we supposedly pass through when we die. (This week has been hellishly busy, but I’m not dead yet.)

I’ve heard Tom Becker speak about reading in that way he does that always makes me tear up. (And realized I’m very happy I joined the CLSC before Tom finishes his time as president.)

I’ve hugged Sherra Babcock after receiving my diploma. (Sherra is an angel who talks to me about books and tells me everything I need to know about the CLSC each week.)

And now I’m back to work, because the Daily doesn’t stop just because I want to join one of the nation’s oldest continuous reading circles.

I’m at a point in my life where I’m constantly unsure about some things and suddenly very certain about others. So I’m already feeling weird, scared and vulnerable all on my own. No outside influences needed.

But now I’m very much a part of something — something that is way bigger than me. That’s inspired a different feeling: pride.

There are few things greater to me than reading a book and realizing in the very moment that it’s changing me. It’s what the CLSC recognizes, celebrates and honors.

Check out our gallery from Recognition Day here.