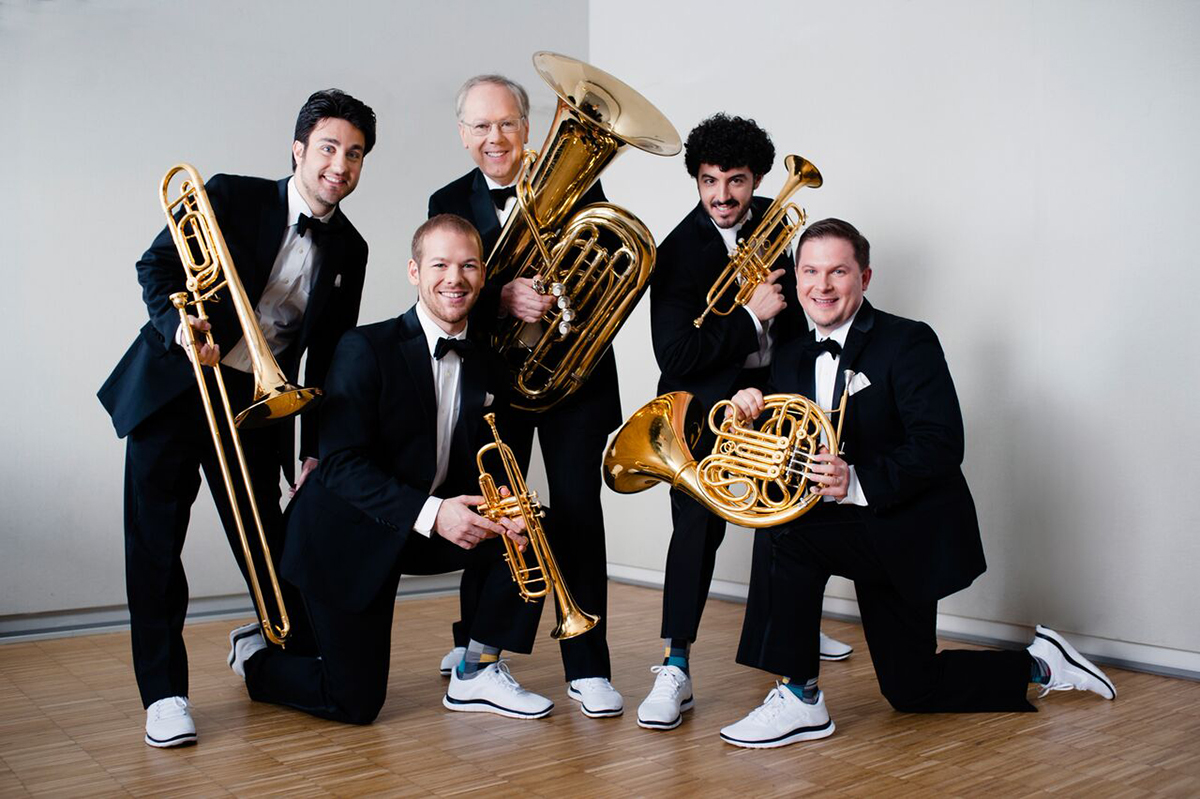 Bernhard Scully’s eighth-grade music teacher had a photo of Canadian Brass hanging on the classroom wall.

As a young student, Scully said listening to the brass quartet inspired him. His teacher told him if he practiced his scales and worked as hard as he could, one day he might be able to join Canadian Brass.

At 8:15 p.m. Thursday in the Amphitheater, Scully, the band’s horn player, and the rest of Canadian Brass will perform as part of their “Perfect Landing” tour.

“They seemed untouchable. For me as a young player, my goal was just to be able to be good enough to make a living in music,” Scully said. “It wasn’t in my mind that I would ever be a part of the most famous group I could think of.”

The other members of the group include Achilles Liarmakopoulos on trombone, Caleb Hudson on trumpet, Chris Coletti on trumpet and the only remaining founding member, Chuck Daellenbach, on tuba.

The group, which began as a branching out of members of the Hamilton Philharmonic Orchestra in Ontario, reached international stardom, according to Scully, when Canada chose them as the country’s artistic ambassadors to send to China when trade was opening up.

From there, Scully said, the group continued to rise, becoming the first brass quartet to get a major label recording deal. Canadian Brass now has more than 150 recordings.

Tonight’s performance, which Scully said the band designed to appeal to everyone, will showcase a variety of tunes, ranging from the Renaissance to the modern era.

The concert opens with some Baroque classics such as Bach, Scully said, and then moves into romantic songs from composers such as Schumann.

The first half of the performance will also include a Peruvian waltz and crowd favorite “Penny Lane” by The Beatles, Scully said.

After intermission, Canadian Brass will play a suite by Gershwin, a piece Scully said speaks for itself.

“It is some of the most wonderful standard American music of all time that features all the members of the group,” Scully said.

Additionally, the ensemble will be playing a piece composed by first name Caleb Hudson, titled “White Rose Elegy” and featured on Canadian Brass’ newest album Perfect Landing. The album will be available for purchase at the concert.

Scully said both the new album, Perfect Landing, and tonight’s concert seek to provide listeners with a balance of brand-new things and old classics.