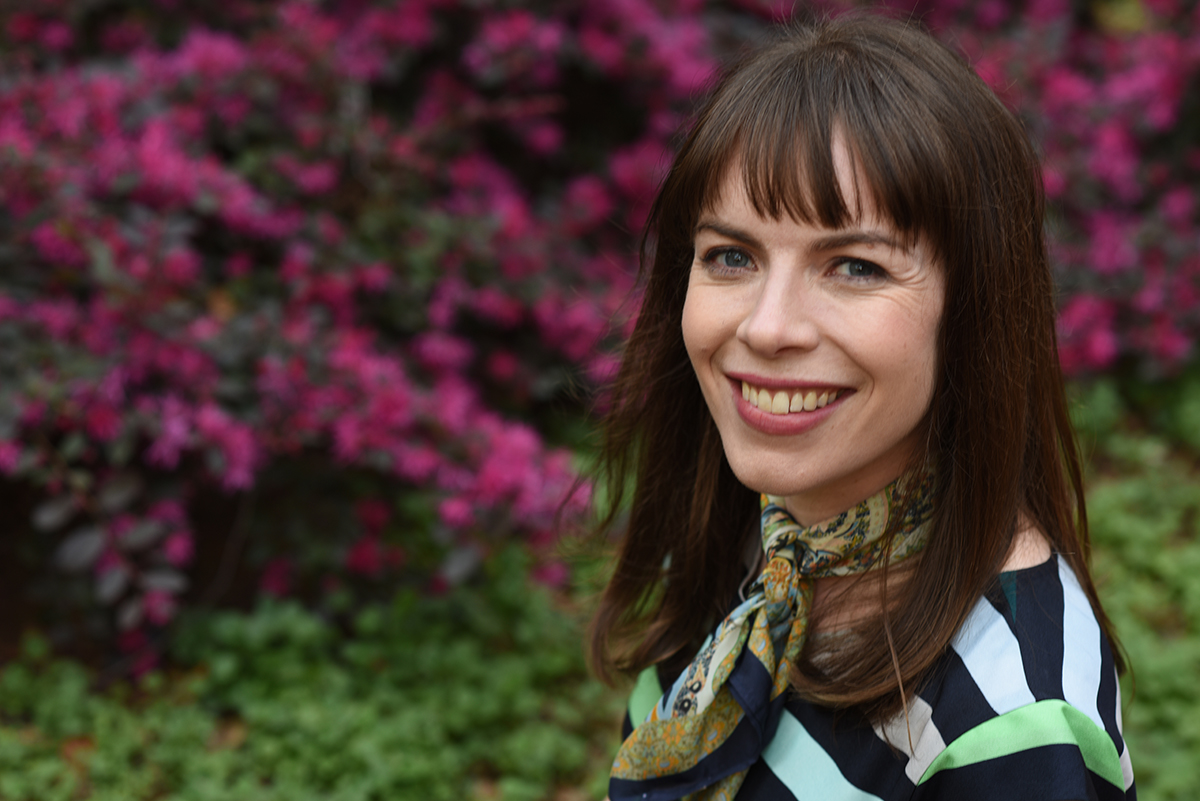 There is a common metaphor often ascribed to people with cancer: that their disease is a battle to be fought, or an enemy to be beaten back.

When Lucy Kalanithi’s husband Paul Kalanithi was diagnosed with metastatic cancer, she said there was a tacit understanding that he didn’t want to approach his own experience in this way. He fully accepted his fate.

“He understood that his body was not immortal — there was only a certain point to which you could push it,” Lucy said.

Lucy said her husband confronted the fact that even with medical care, people can’t cheat death. Instead, he chose to explore his situation through writing, the result of which is the best-selling memoir When Breath Becomes Air.

Paul’s book is the Chautauqua Literary and Scientific Circle selection for Week Seven, and Lucy will present his work with Lawrence Rizzolo at 3:30 p.m. today in the Hall of Philosophy for Week Seven’s CLSC Roundtable.

Paul’s memoir portrays his struggle with his impending death, which he addresses as both a neurosurgeon and a writer. His academic path started in literature and philosophy before he decided to become a doctor, which greatly influenced his desire to write about his experience, Lucy said.

Paul died at the age of 36, before the book was fully completed, so the book closes with an epilogue written by Lucy.

“That was obviously not the plan for what the structure of the book would be — we were hoping that he wouldn’t die before the book was released,” Lucy said. “I felt like the way he died was part of the story in the end, though.”

When Breath Becomes Air was published posthumously in early 2016, and was a huge success. It remained at the top of The New York Times Non-fiction Bestseller list for multiple weeks and has held a place on the list for over half the year.

Sherra Babcock, vice president and Emily and Richard Smucker Chair for Education, first became aware of the book when she saw an interview with Lucy. She said she had a feeling the book would become huge and got in touch with Lucy as quickly as she could. Babcock said she thought it would be a good way to help readers stretch their thinking for Week Seven, the theme of which is “Pushing Our Bodies’ Limits.”

Babcock said what Paul grapples with in When Breath Becomes Air — his own death — is maybe the “ultimate” human limit. She said she was engaged by Paul’s honesty and intimacy in his writing, and by the fact that his wife will be the one to present his work at Chautauqua.

In a book focused on death, it’s this emphasis on life and living that Lucy said she learned from as she and Paul navigated his illness together. She said they came to realize that suffering is a central part of the human experience, something to embrace rather than avoid.

“Part of what it means to be human is to suffer,” Lucy said. “He and I learned to accept that together, we helped each other make sense of that. And we had a lot of fun, too. After everything that happened with Paul and the way we wanted to go through it together, I think that is something I’ll take forward forever: being able to cope with suffering in a different way, that’s not just about turning away from it.”

Paul’s teacher Rizzolo admired that aspect of him as well. Rizzolo taught both Paul and Lucy when they were first-year medical students at Yale, and today’s presentation will be presented as a conversation between Lucy and Rizzolo.

“Americans tend to fear death,” Rizzolo said. “Our discomfort leads us to avoid the dying at their time of greatest need, and especially to avoid the discussions the dying would most like to have. Paul demonstrates that dying is a time of living and offers an understanding of the edict that to learn to live, one must first learn how to die.”

Lucy said she thinks it’s that full perspective that has drawn people to her husband’s work — death is a difficult subject, but the response to When Breath Becomes Air shows it’s a subject with which people want to engage.

“I think some of it is that people are hungry to talk about mortality in a real way, or at least to read about it,” Lucy said. “And I think Paul’s book is about dying, but also living. I think that’s part of it, too.”

This will be Lucy’s first visit to Chautauqua, and she said the more she learned about the programming for this season — particularly the season’s theme of “What Does It Mean To Be Human?” and Week Seven’s theme of “Pushing Our Bodies’ Limits” — she realized how directly Paul wanted to address those ideas in his work.

“He’s really reflecting on the fact of mortality and how that fits with us being human,” Lucy said. “The fact of his mortality, his body failing and becoming ill — he was not looking away from that fact. He was including it in his understanding of what it means to be human.”

And as someone in the medical field herself — as an internist at Stanford University’s Clinical Excellence Research Center — Lucy found Week Seven’s theme an interesting fit for Paul’s work.

“It’s a slightly different take,” Lucy said. “And in a way, he’s reflecting less on pushing your body’s limits in that particular way, because death and illness will come to everybody. But at the same time, he pushed himself to extract meaning or struggled to find meaning — and that struggle to find meaning is the meaning in our lives.”

She said thinking about those thematic through-lines for the season at Chautauqua also made her realize how much Paul would love the place.

“Every once in a while, it happens where something strikes me really hard as something Paul would’ve loved to see or do or participate in, and this is one of them,” Lucy said. “It’s the best and worst thing.”

She’ll bring their daughter as well, and she said she’s excited to share this experience with her, even if it is bittersweet.

That sharing is important, and Paul wrote about it in When Breath Becomes Air.

“Human knowledge is never contained in one person,” he wrote. “It grows from the relationships we create between each other and the world, and still it is never complete.”

Lucy said it’s what she hopes people can learn from Paul.

“There are many ways to ask the question of what it means to be human,” Lucy said. “Paul was searching for that.”

What Is the Transhumanist Future?