Eleven years ago, a microbiologist at a Danish food company spotted several peculiar strands of DNA in the bacteria used to make yogurt. Now those strands look like a possible cure to HIV, and that’s just the beginning.

The strands are now known as CRISPR (pronounced “crisper” and short for “clustered regularly interspaced short palindromic repeats”) and it is allowing biologists to edit DNA with unprecedented precision. At 10:45 a.m. today in the Amphitheater, Nobel Prize-winning cell biologist Randy Schekman will explore that new technology broad implications for humanity. 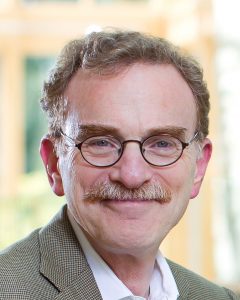 “There’s been a technical revolution that has made the precision of the process [of gene editing] much greater than in the past,” said Schekman, investigator and professor of cell and developmental biology at Howard Hughes Medical Institute.

Those strands of DNA often range from 21 to 37 base pairs, which are about 7 to 12 billionths of a meter long. Venture capitalists have poured at least $158 million into CRISPR companies as of last August. Researchers titled one paper “CRISPR comes of age: A fairytale turned into bedside reality.” Writing for The New Yorker, science journalist Michael Specter summed up the technology’s long-term potential: “With CRISPR, almost anything could become possible: You want a unicorn? Just tweak the horse genome.”

The unicorns are hyperbole, for now. But in the near future, CRISPR could accomplish things that were once in the realm of science fiction, such as editing cells to neutralize heart attacks, silence genes that fuel growth of cancer and genetically modify entire species, to say, rid mosquitoes of malaria.

What Danish microbiologist Rodolphe Barrangou found in the bacteria was the same thing researchers had discovered by accident 20 years prior. In the cells were palindromic strands of DNA, ones that read the same forward and back. In between the palindromes are unique sequences that biologists eventually discovered corresponded with sequences in various viruses. There were also always genes near the palindromes that coded for what became know as Cas9 enzymes.

In 2012, biologists put it together: CRISPR creates a strand of nucleotides called RNA, which acts like a map to the specific genetic sequences that lay between the palindromes. If the viruses with those genetic sequences infect the cells, the Cas9 enzymes chop up their DNA.

Then they began engineering CRISPR intentionally. Basically, scientists use the enzymes as biological scissors to cut out particular genes such as CCR5, which codes for a protein that helps bring HIV into cells.

“It could be used to prevent the HIV virus from infecting immune cells by a very precise deletion of a gene in cells that produce the receptor for the virus,” Schekman said.

And yet, CRISPR has also sparked worries that some may use it to design babies or for more nefarious purposes. Chinese researchers have already used the technology to edit human embryos. Harvard geneticist George Church told Wired in the worst case, it could be used for a biological weapon.

Schekman said he was not particularly worried about negative uses, except when it comes to human embryos. Whatever one’s opinion on the topic is, the science is here.

“There is a lot of concern of doing this in egg cells, the power of technique being used to change germ line to change the chromosomes, to alter things that maybe we shouldn’t be doing,” Schekman said.