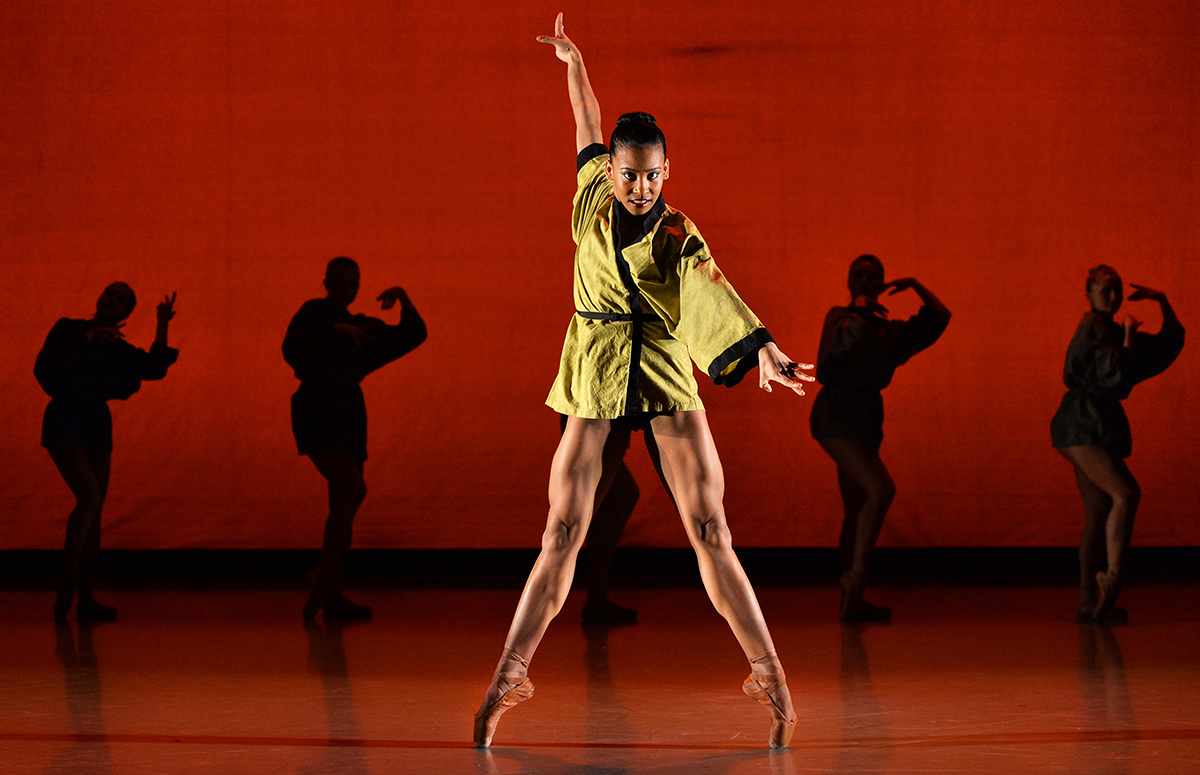 Dancers can’t be good at only ballet. They must be able to let go, free their bodies and emote through the styles of contemporary dance.

It’s the dance of now.

That style will be showcased in Charlotte Ballet’s Dance Innovations presentation at 8:15 p.m. Wednesday in the Amphitheater.

Three pieces will be featured: “Yamato” and “Sketches from Grace,” by Chautauqua Dance faculty members Mark Diamond and Sasha Janes, respectively, and excerpts from “The Groove” by Dwight Rhoden, resident choreographer of the Charlotte Ballet. All are contemporary works.

“The Groove” has been performed several times by Charlotte Ballet and Rhoden’s company, Complexions Contemporary Ballet.

“ ‘The Groove’ is really kind of a celebration of club culture and it looks at a … group of people who are kind of emersed in the partying atmosphere and going out and the interactions that happen,” said Rhoden, who originally choreographed the piece in 2012.

With the help of Charlotte Ballet and Chautauqua Dance faculty, Rhoden’s piece has been restaged for this evening. He won’t be able to see it come to fruition on the Amp stage, but he was able to come in for three days during rehearsals.

“This company knows my work,” Rhoden said. “For me, it’s easy, in some way, to come in. I just have to get everyone on my page and make sure they know where things come from, make sure they are in full understanding of the total picture and just bring them up to speed.”

“[Contemporary dance] provides an opportunity to move,” Janes said. “If you’re in ‘Swan Lake,’ you’re not going to dance as much as you would in a Dwight Rhoden ballet. … [Contemporary work is] just physically rewarding.”

Rhoden’s “The Groove” focuses on the beats of the Pet Shop Boys and house music.

“I tend to do things that are more or less in the contemporary ballet, which has a strong classical base to it, yet at the same time takes it way off-center,” Rhoden said. “Contemporary for me, in terms of ‘The Groove,’ is a fusion. It’s a fusion of street vernacular, social dancing ballet.”

Rhoden said some aspects of the contemporary style can be difficult for dancers.

“Sometimes [it’s difficult] being able to let go and be more free in their upper body, … to step out of their comfort zone,” he said. “The other thing is, once they’re able to let go, being able to maintain the clarity of the leg and footwork underneath that. That’s sometimes a challenge for them. … I always tell dancers, ‘Contemporary does not mean less specific. It just is a different way at movement. … The upper body is more mobile, but it doesn’t mean we lose the clarity of shapes or specificity.’ ”

For Diamond’s ballet, he takes a look at the creation and beginning of the Earth. “Yamato,” he said, is an ancient word for Japan.

All of the pieces have previously been performed, but Janes’ ballet might seem a bit fresher in some audience members’ minds.

Charlotte Ballet dancers Sarah Hayes Harkins and Josh Hall performed the piece, which ended in a standing ovation by the audience.  “Sketches from Grace” will be joined by two other vignettes of pas de deux and a finale, all to the music of Buckley.

“My mom had always begged me to do a … ballet to the music of Leonard Cohen,” Janes said. “He’s such a great storyteller, it really feels like it doesn’t need dance put to it. But this was my compromise with my mother was to use the Leonard Cohen song ‘Hallelujah,’ but it’s Jeff Buckley [singing]. I’ve always wanted to do a ballet to Jeff Buckley music so I thought this is a nice compromise between me and my mother.”

Although this night will feature all contemporary works, the style may still seem foreign to some. Janes said shows like “So You Think You Can Dance” have brought contemporary dance to the mainstream, but at only a few minutes at a time.

“I don’t want to breed an audience that can’t sit through a 20-minute ballet,” Janes said.

The inspiration and the creative process for choreographers can come from a piece of music, a thought or the dancers.

“Every situation is a little bit different, but one of the staying factors is that I always utilize dancers and I’m always inspired by what they bring to the table,” Rhoden said. “I don’t ask dancers to make up steps for me, but I really try to empower them to participate in the process in some way.”

For example, when Rhoden originally choreographed the piece, it was for a new set of dancers at Charlotte Ballet, then the North Carolina Dance Theatre.

“There were quite a few new members and there were a lot of young people there and I think I wanted to capture the energy of that generation of people that were in front of me,” Rhoden said. “We could have done anything because they were certainly talented and a beautiful group of dancers, but I think I wanted to really utilize some of the house music and beats and I wanted to do something different for the company.”

“I think that every time our audience sees some contemporary work, they reevaluate their exposure to dance and reevaluate their earlier to commitments to just one kind of dance,” Diamond said. “That’s the important thing that we’re always educating the audience to see that there’s an evolution that’s taking place in the world of dance that doesn’t throw away the old, but incorporates it.”