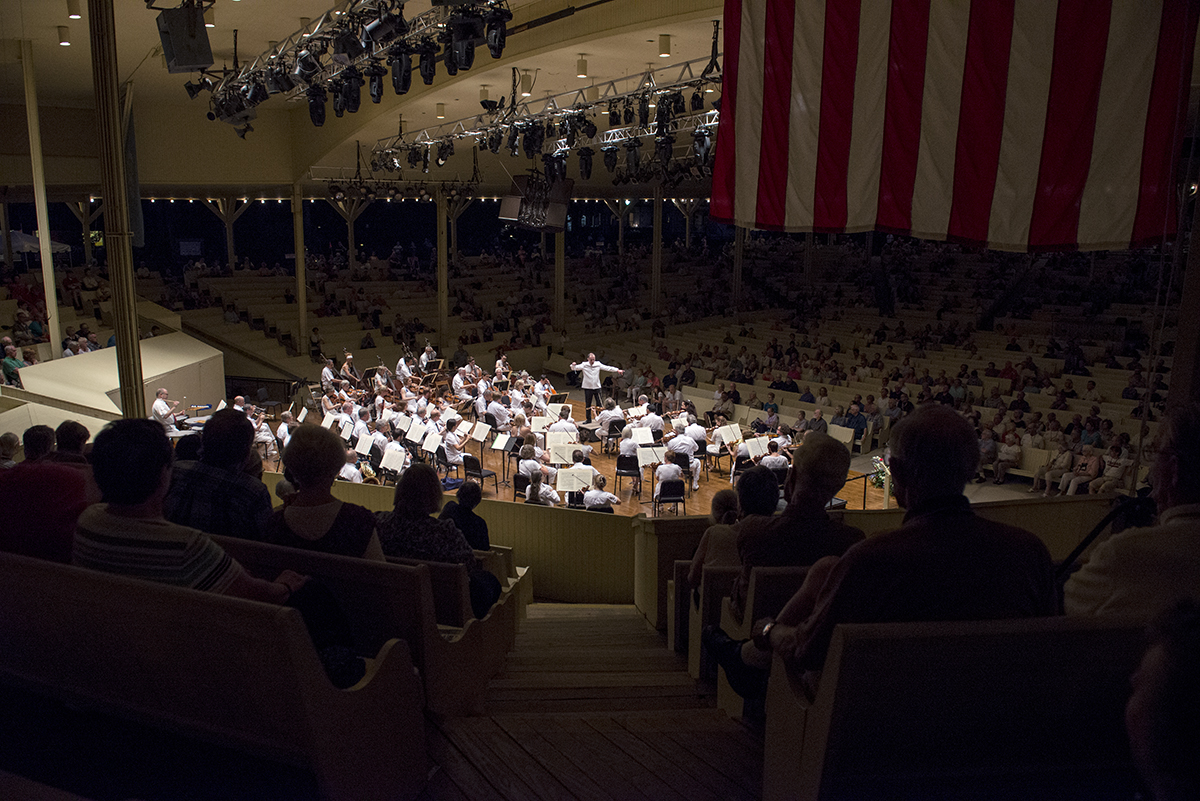 Romanian-born composer, violinist, conductor and educator, George Enescu (or Georges Enesco), was born in Liveni Vîrnav, near Dorohoi, Romania, on Aug. 19, 1881, and died in Paris on May 4, 1955. One of the best-known violinists of his generation, he began his studies when he was only 4 years old. He continued his studies of violin and composition in Vienna and Paris, and went on to enjoy a highly successful international career, including frequent appearances in the United States. A musician of tremendous breadth and knowledge of the repertoire, he remained a remarkably modest person, remaining humble in the face of the great masters of the past. His “Romanian Rhapsody No. 1” (of two) was composed in 1901 and was premiered with its pair in Bucharest in March 1903. It is dedicated to the composer and pedagogue Bernard Crocé-Spinelli, whom Enescu met in a counterpoint class in Paris.

Composed in 1901, Enescu’s “Romanian Rhapsody No. 1” has become one of the most popular orchestral works of its kind. The term “rhapsody” defies precise definition, but may be described as a very free medley of tunes unbeholden to formal structural boundaries. Works of a nationalistic character (think Liszt and Dvořák) are distinguished by the inclusion of actual folk tunes and/or dances, or sometimes ones inspired by folk idioms, and Enescu’s work falls neatly into this category. It begins with a quotation of the folk song “I have a leu and I want to drink,” by oboes and clarinets. That is followed by a slower melody played by the violins. Eventually that turns into a mad dash of orchestral brilliance and infectious energy. In addition to his native folk music, Enescu was inspired by the gypsy violin playing of Nicolas Chioru. The American-born violinist Yehudi Menuhin became, in turn, Enescu’s most famous pupil.

The wealth of tunefulness and the opulence of its orchestration remain as exciting as ever, with the writing for the violin — that quintessential gypsy instrument — holding center stage throughout the piece.

Pulitzer Prize-winning American composer Aaron Jay Kernis was born Jan. 15, 1960, in Bensalem Township, Pennsylvania. He began composing at age 13, and was awarded three BMI Foundation Student Composers Awards during his student career at the San Francisco Conservatory of Music, Manhattan School of Music and Yale University. His composition teachers include John Adams, Charles Wuorinen, Morton Subotnick, Bernard Rands and Jacob Druckman. His musical style may be said to link minimalism with post-Romanticism, although hip-hop and impressionism, among other styles, have also been influential. His “Flute Concerto,” composed for tonight’s soloist with the Chautauqua Symphony Orchestra, Marina Piccinini, was created in 2015 and received its premiere in Detroit, Michigan, on Jan. 21, 2016, with Piccinini soloing with the Detroit Symphony Orchestra conducted by Leonard Slatkin. The work is a result of a joint commission by the Detroit Symphony Orchestra, the Rochester Philharmonic, the CSO and the Peabody Conservator. A review by Mark Stryker in the Detroit Free Press stated: “Piccinini’s solo part in particular was full of challenging leaps, passages that whizzed by at supersonic speed and, in the finale, strutting melodies where she was required to sing and play at the same time in the manner Jethro Tull’s flutist Ian Anderson.” The work is scored for two flutes (second doubling
piccolo), two oboes (second doubling English horn),
two clarinets (second doubling bass clarinet), two bassoons (second doubling contrabassoon), two horns, two trumpets, two trombones, tuba, timpani, percussion, piano (doubling celesta), harp and strings.

The composer wrote the following notes regarding his “Flute Concerto”:

“This new flute concerto was written especially for Piccinini and inspired by the beauty and elegance of her playing.

“I consider that the work is in two halves — one dark and the other light. The darker includes the two longer movements I. Portrait and III. Pavan — and the lighter and shorter II. Pastorale-Barcarolle and IV. Taran-Tulla.

“The movements are very connected to each other musically, and share ideas between them that keep the musical thread continuous, even with the varied feel of each movement. Some elements the movements have in common (with the possible exception of the last) is that each begins with calmly and wind up spiraling out of control in some way. Three of the movements are based around dance rhythms from centuries long past. Pastorale is a gentle dance of the land and field, Barcarolle evokes the undulating music of a gondola traveling on water, Pavan is a slow, dignified dance in double time (though I have set it in triple) and a Tarantella is a continuously fast dance in 6/8 that often accelerates.

“Tarantism, as a ritual, has roots in the ancient Greek myths. Reportedly, victims who had collapsed or were convulsing would begin to dance with appropriate music and be revived as if a tarantula had bitten them.”

I. Portrait travels through many moods and characters. Is it a portrait of the flute or flautist? or of the composer?

III. Pavan starts as a gentle, expressive line traded between flute and oboe, then gradually is intercut with fast outbursts that turn into music of a Bacchic near-frenzy before returning to its opening.

IV. Finally, Taran-Tulla is a virtuoso romp, influenced by the flutist-leader Ian Anderson’s classic rock group, Jethro Tull (but more out of the blues-side of their music, less out of the rock…)

The work is dedicated to Piccinini with warmth and admiration.

One of history’s pivotal composers, Ludwig van Beethoven was born Dec. 15 or 16, 1770, in Bonn, and died in Vienna on March 26, 1827. His Sixth Symphony, Op. 68 was composed over a period spanning 1803 to 1808, culminating in its premiere in Vienna’s Theater an der Wien on Dec. 22, 1808. It is scored for two flutes, piccolo, two oboes, two clarinets, two bassoons, two horns, two trumpets, two trombones, timpani and strings.

The Beethovenian hymn to nature originated simultaneously with the Fifth Symphony. Sketches for the “Pastoral” Symphony date as early as 1803, but the bulk of work on it took place in 1808 and it received its first performance in Vienna on Dec. 22 of that year as part of an incredible program that also included the Fifth Symphony, the Fourth Piano Concerto, the aria “Ah, Perfido!” movements from the Mass in C major and the Choral Fantasy. A contemporary of Beethoven, who attended the event, wrote the following: “There we sat from 6:30 ’til 10:30 in the most bitter cold, and found by experience that one might have too much even of a good thing.” Curiously, the numbering of the two symphonies was reversed on the playbill of the premiere, a reflection of the fact that these two strongly contrasting symphonies were conceived simultaneously. Beethoven published the Fifth Symphony as his Op. 67, and the “Pastoral” as Op. 68, hence the numbering as we know it.

The title page of the “Pastoral” Symphony (the name was given by the composer himself) also refers to the work as “Recollection of Country Life.” Beethoven’s contemporaries would have recognized the work as an example of a “characteristic symphony,” i.e., a piece that relates in some way to literature, politics or some other no-musical subject matter. Each of its five movements (although the fourth movement might better be thought of as a connective interlude between the scherzo and finale) bears a descriptive heading: 1) Pleasant, cheerful feelings aroused on approaching the countryside;  2) Scene by the brook;  3) Merry gathering of villagers;  4) Thunderstorm; and  5) Shepherd’s song. Grateful thanks to the Almighty after the storm. Beethoven may have been influenced in this matter of titles by a symphony by Justin Heinrich Knecht entitled “Le Portrait musical de la nature.” That in no way takes away from the originality of Beethoven’s design, despite the fact that the thunderstorm finds a precedent in his own ballet, The Creatures of Prometheus. Despite his ever-worsening deafness, the “Pastoral” Symphony contains many examples of some of the most delicate and skillful orchestration ever penned.  It also was destined to become a cause celebre in the 19th century because of its quasi-programmatic content. Although no “story” is told in a narrative sense, imitations of sounds from nature are to be found everywhere in the score. Besides the meteorologically graphic thunderstorms (graphic, but not accurate. Beethoven’s thunder comes before the lightning), we can hear the undulating rippling of the brook in the second movement. The coda to the same movement contains the famous three birdsongs — nightingale (flute), quail (oboe) and cuckoo (clarinets) — specifically identified by name in the score. The ingenuousness of those bird calls lies more in the fact that they are presented within quite regular and predictable phrase structures, and not as an unmeasured cadenza.

The pace of the “Pastoral” Symphony is leisurely, forming an excellent foil to the driving energy of the Fifth Symphony. Perhaps Leonard Ratner best characterized the work calling it a musical “dolce far niente.” Despite the jollity of its scherzo and the violence of the transitional thunderstorm, the overall sense of the work is one of serenity — Beethoven’s hymn to the beneficent qualities of nature’s realm. 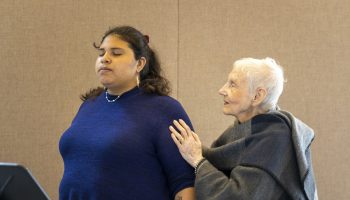