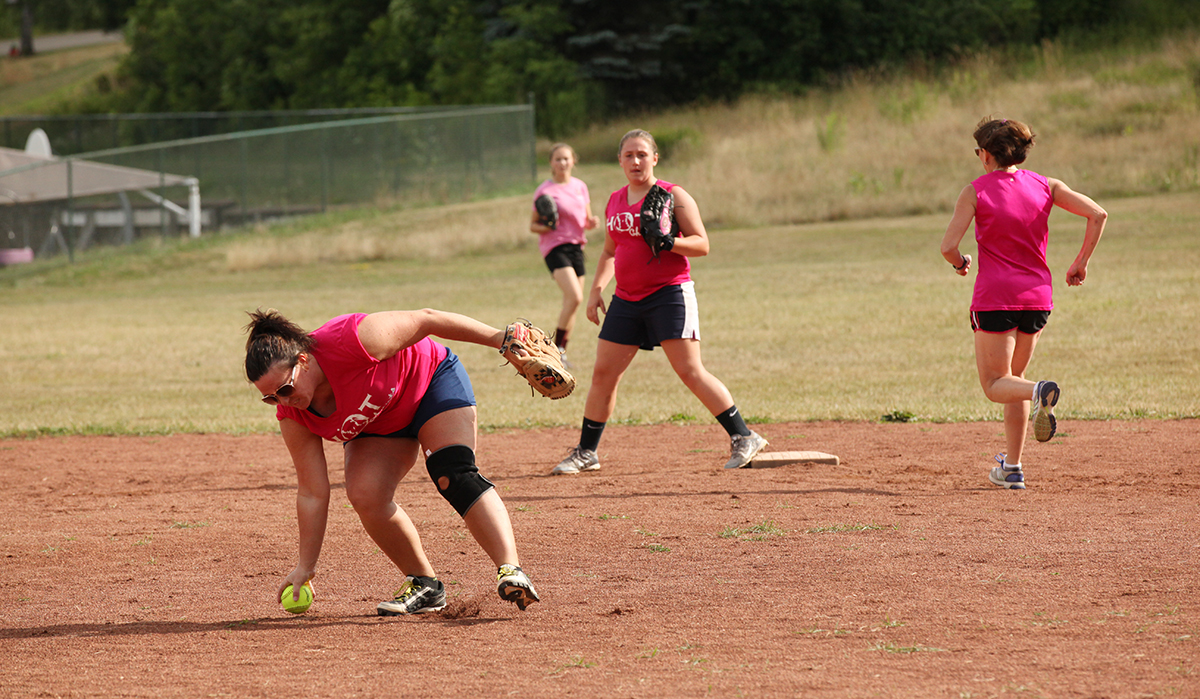 Few things in sports are more compelling than a guarantee.

“We’ll win,” she said Sunday, after the Misfits clinched a spot in the championship game.

A victory against the Hot Chauts on Thursday could turn Jahrling into a prophet and signal one of the most unlikely dynasties that Sharpe Field has ever seen.

“Last year, our team was the Batgirls and there were also the Lakers. This year when we came into [the season], we didn’t have a whole lot of people and were on the verge of having to forfeit some of our games,” Jahrling said. “We ended up merging the two youngest teams together.”

Calling themselves the Misfits, the newly unified team showed off its resilience Sunday against the Moms, notching a 14-11 win against a team that made it all the way to the championship game last season.

After falling behind 6-0 early, the league’s youngest team saw its offense come alive with the season on the line. A home run from Lydia Wells in the middle innings helped spark a rally, as the Misfits outscored the Moms 14-5 after the early deficit.

After withstanding a furious Moms rally in the bottom of the fifth, the Misfits punched their ticket to the championship.

On Thursday they will face the Hot Chauts, who took care of the Belles 11-5 in the other semifinal. Behind the powerful bats of Paula Kaus and Maureen Gray, who both launched home runs in the win, the Hot Chauts were able to pull away late from the scrappy Belles.

“Our defense has been awesome, infield and outfield,” Gray said.

For the Belles, it marked the end of a season in which they struggled on the field, but Carrie Zachry said they had fun bonding as a team.

“The Belles did not win any games, but we had a great time and had some great moments,” she said. “Most of our players will come back, and have been coming back for a long time. We’re trying to get a base of younger players.”

Kaus attributed the Hot Chauts’ late offensive surge to moving up in the box while at the plate, sending several balls into the outfield and keeping the Belles’ defense on their toes. That kind of power could be key against the youthful Misfits, who have shown a knack for taking care of balls that stay in the infield.

Because the Batgirls won the league crown last season, a victory this week could mark the beginning of a dynasty for the Misfits. They will take on the  Hot Chauts at 5 p.m. today.