Timur Yuskaev worked in New York City before, during and after the 9/11. A Tatar Muslim from St. Petersburg, Russia, Yuskaev witnessed how the tragedy inspired people toward meaningful action in this diverse urban setting, specifically within New York’s Muslim-American community.

At 2 p.m. Thursday in the Hall of Philosophy, Yuskaev will discuss the ways crisis can shift people’s priorities around interfaith activism in his lecture “When Push Comes to Shove: Deeper Politics of Religious Pluralists.” Yuskaev is a former director of the Muslims in New York Civic Life project at the Interfaith Center of New York, and currently serves as associate professor of Contemporary Islam at Hartford Seminary.

In 2001, Yuskaev was living in downtown Brooklyn when the attacks occurred. He later received a phone call to the Interfaith Center of New York from a Muslim woman seeking help organizing a funeral service for her son, who had died on 9/11. The mourning mother called the Interfaith Center in her search for a place that would honor her son’s Muslim background, but also be respectful toward non-Muslim funeral guests. 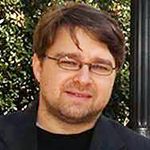 Yuskaev said although New York is one of the most diverse cities in the world, there is a lack of everyday interaction between its communities, and 9/11 brought this to the forefront.

“When push comes to shove, during moments of crisis, that’s when [diverse spaces] become particularly meaningful and particularly promising in terms of human networking, human attraction and the deeper politics of human connection,” Yuskaev said. “And I was fortunate to be part of that moment when I worked in New York City.”

Yuskaev worked at the Interfaith Center of New York before 2001, but the 9/11 attacks caused a change in the urgency of his work. Yuskaev said 9/11 caused many Americans’ priorities to shift, and people became more engaged in interfaith activism.

“Post-9/11, my work became way harder, because it was a lot of work,” Yuskaev said. “But on the other hand it became easier because people [both in and outside the Muslim community] were eager to be involved in the larger society as people of faith, and interfaith activism was a way to do that.”

Yuskaev grew up a religious minority as a Tatar Muslim in Russia. Now in the United States, he faces that same challenge, but is also a minority within U.S. Muslim communities as a Russian.

Yuskaev said his experience being a minority helps in both his interfaith and academic work.

But above all else, Yuskaev said, his interfaith work is full of relationships that are simply human. He may connect with people through identity, faith or cultural background, but finds their main connection always happens naturally as individuals.

It’s through this focus on everyday interaction that Yuskaev views religious engagement with politics.

In the midst of a presidential election season where the role of Muslim-Americans is a point of discussion on major media outlets, Yuskaev wants to acknowledge religion’s everyday engagement with society.

“This everyday politics is important … when it comes to the transformation of our society into religious politics: politics of diversity, politics of pluralism. I think it’s key to the transformation of the culture of the place,” Yuskaev said. “There are many examples of how change takes place somewhat invisibly, but really rapidly, and that’s due to kind of everyday work of people on the ground.”

As an associate professor of Contemporary Islam at Hartford Seminary, an institution whose students hold uniquely diverse religious backgrounds, Yuskaev said, the most meaningful part of his life now is hearing about the impactful work of his students in their chaplaincy program.

“What’s most meaningful for me is when I hear stories from my current and my former students who are Muslim chaplains, who work in hospitals and at universities and prisons and the armed services, when I hear how they’re able to help fellow human beings, Muslim and otherwise,” Yuskaev said. “I’m very fortunate to have had the experience and education, which is helpful to other folk that I think are making a big difference in the community that they serve.”