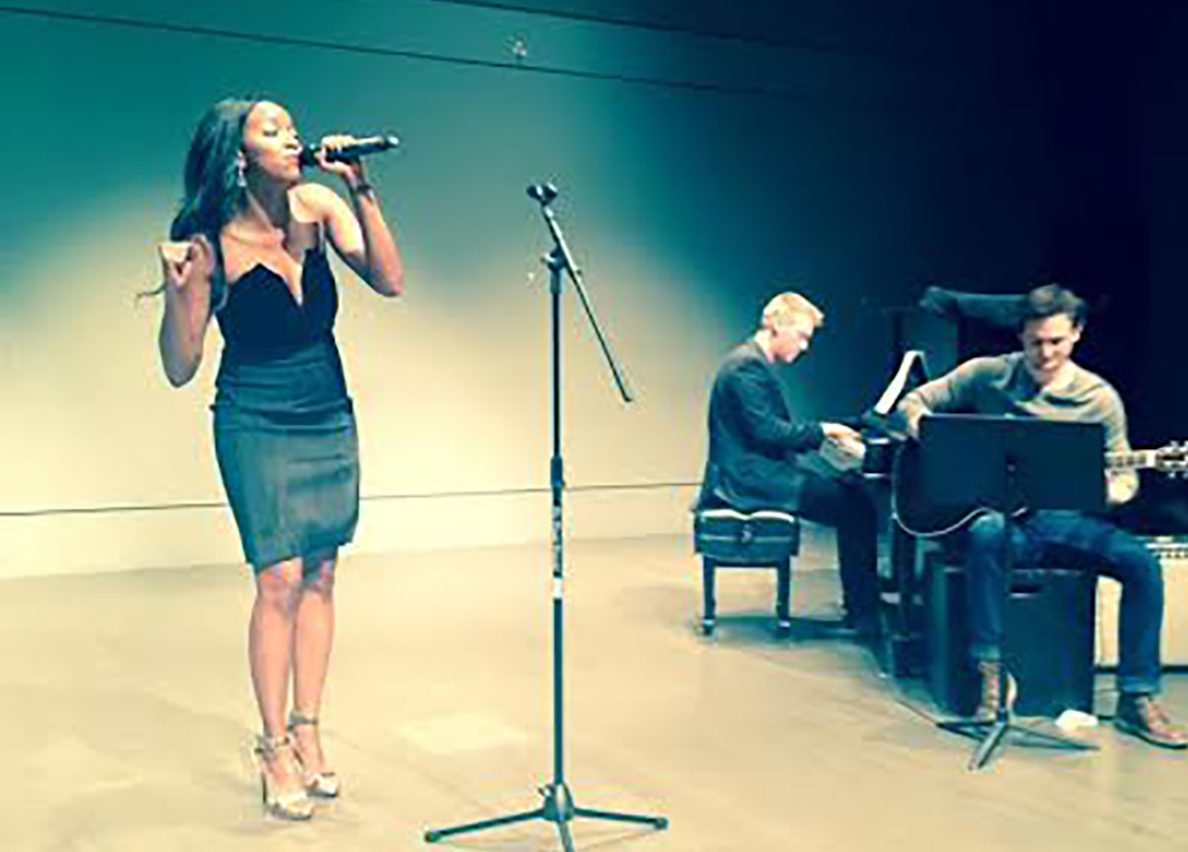 Chautauqua Theater Company won’t settle for the same Shakespeare everyone else is doing.

First came The Play’s the Thing, a one-man version of Hamlet performed by veteran Shakespeare actor Ted van Griethuysen on July 6. Then came The Taming of the Shrew, a gender-swapped take on the classic comedy, which continues its run at 2:15 p.m. Tuesday in Bratton Theater.

Tonight, CTC’s trifecta of twists on the 16th-century genius will be rounded out with Macbeth in Stride at 7 p.m. in Bratton Theater.

Tickets are required and are available for free at the ticket kiosk starting at 9 a.m.

Stride is the story of the doomed Lady Macbeth, but told with a surprise assist: the music of Tina and Ike Turner.

The show was developed by Whitney White as a solo show during her third year in the Brown University/Trinity Rep Master of Fine Arts acting program. White was a member of last year’s CTC conservatory, where she played Mayme in Intimate Apparel, Catherine in Henry V and an ensemble member in Our Town.

White will be singing and playing the piano and will be accompanied by musician Zdenko Martin.

“If people love Shakespeare and the story of Macbeth and classic American rock ‘n’ roll … and they’re interested in seeing a story about a woman trying to change her fate, then it’s definitely a show for them,” White said.

She called the show “funky” and said it isn’t long or boring. It will be using Shakespeare’s original words in addition to the music.

White has performed the show twice before in shorter formats, but lengthened it at the suggestion of former CTC artistic director Vivienne Benesch.

“It’s really awesome to see people get excited about hearing some classics like ‘Proud Mary’ and ‘River Deep, Mountain High’ and all these songs … that go so well to the story of Macbeth,” she said.

He thinks Shakespeare and his words will always win out, no matter what lens or twist someone puts on it. It makes sense then, that when he takes on Shakespeare, he starts with the language.

He believes Shakespeare is the best playwright out there and what CTC is doing this season makes him more accessible.

“The theater’s job is to create those characters onstage that are living and breathing and speaking and doing and know what they’re doing and if you do that, the audience will know what you’re up to,” he said. “So if you don’t understand, it’s our fault.”