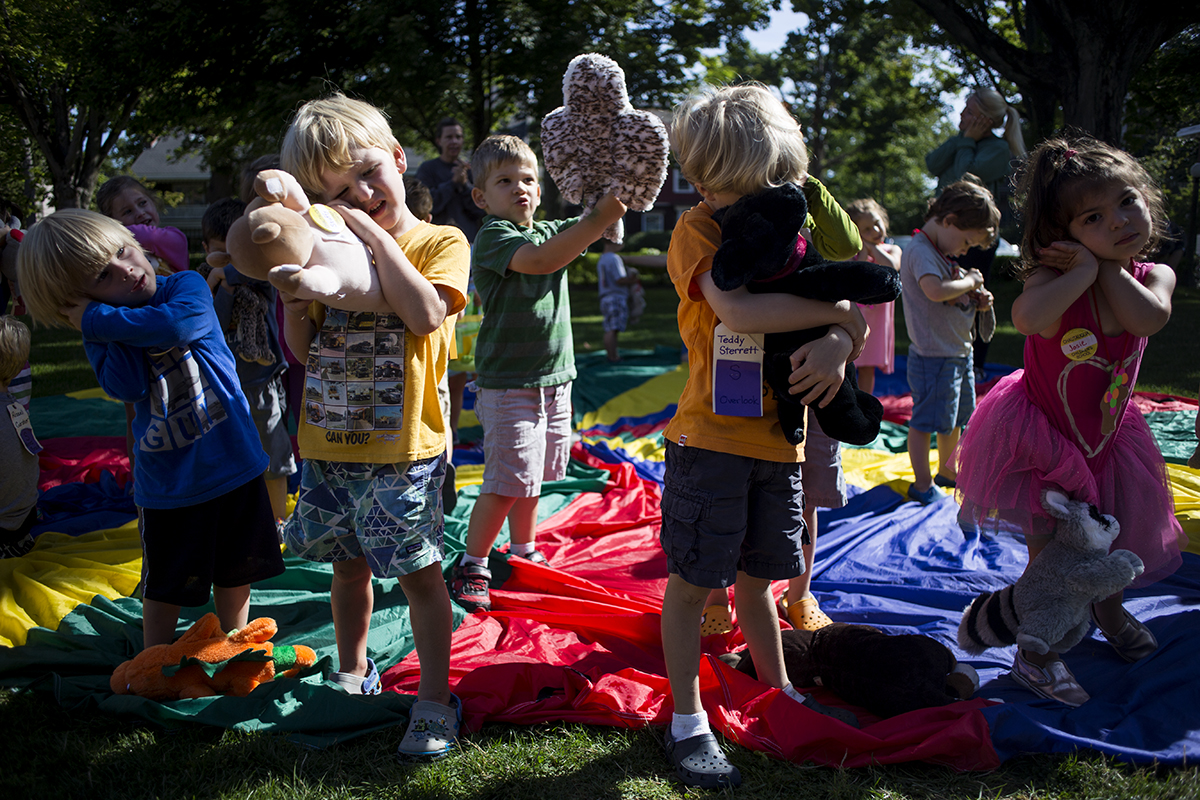 A teddy bear, a PB&J and a parachute were the trifecta of contentment for the Children’s School 3- and 4-year-olds Wednesday morning when they trekked to Bestor Plaza for a Teddy Bear Picnic.

“Grizzly bear, oh Grizzly bear, is sleeping in a cave,” sang Kristen Brunacini, the Children’s School music teacher. “Grizzly bear is quiet, very, very quiet. If you wake him, if you shake him, he gets very mad!”

The kids sat on a billowy parachute on the grass near the Colonnade with their stuffed animals as Brunacini led them in song. They feigned sleep when she told them it was time to hibernate, and perked back up when she opened the book she would read aloud.

(One or two kiddos were too comfortable laying down with their bears to wake up from hibernation.)

Brunacini held up the book We’re Going on a Bear Hunt by Michael Rosen and Helen Oxenbury. The story followed a family as they slipped through tall grass, splish-splashed through a river, tromped through a mud puddle, stumbled into a forest, pushed through a windy snowstorm and finally tip-toed into a narrow, gloomy cave.

The kids squealed in delight as the characters ran out of the cave, back through the snow and forest, into the mud, through the river, past the tall grass and into their safe, cozy house.

“We’re not going on a bear hunt ever again!” Brunacini read.

And then it was picnic time.

Purple Room Head Teacher Tina Jeffe helped corral the kids to sit on the curb of the brick walk. She and her fellow teachers passed out cups of water and mini-peanut butter and jelly sandwiches, cut into quarters.

But before they sat down to eat, the kids sang one last song, the Children’s School anthem:

“I’ve got the Children’s School enthusiasm

down in my heart,

up in my head,

down in my toes!

I’ve got the Children’s School enthusiasm all over me.

I’m coming back next year — you bet!”