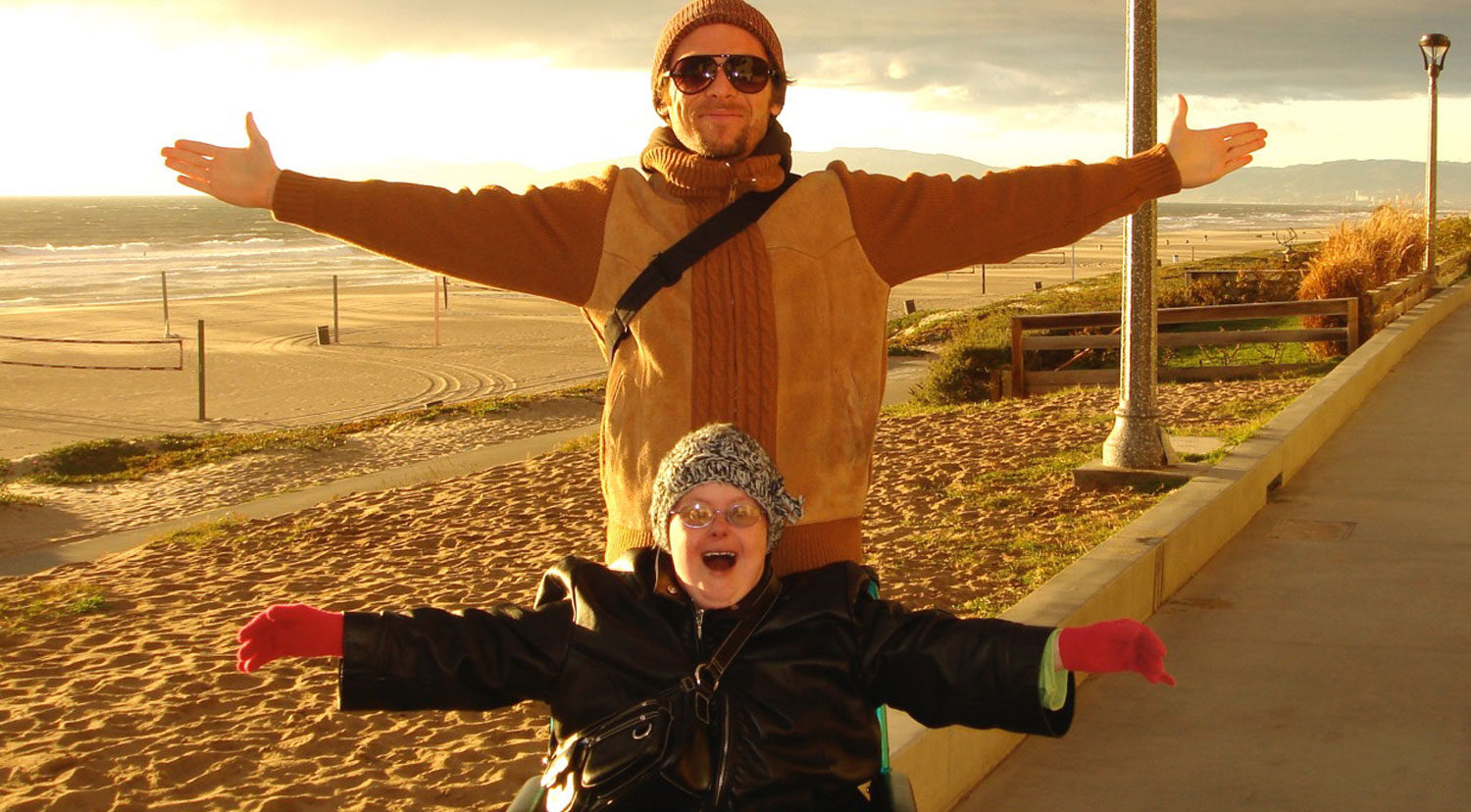 Growing up in the 1970s and ’80s in Buffalo, New York, Brian and Kelly Donovan were inseparable siblings. Kelly had Down syndrome, and Brian was her protector from the time she was a child until her passing in 2009.

At 5 p.m. Thursday at Chautauqua Cinema, the elder Donovan will present a screening of his film, “Kelly’s Hollywood.” The documentary is a saga of his relationship with Kelly and the impact she made on his life and the lives of those around her.

“I wanted everyone to realize my sister wasn’t very different than everyone else,” he said. “She had the same desires, the same needs and wanted love and thought about sex and had dreams and all of those things.”

Brian moved to California in the early 1990s to pursue an acting career, where he found success both onscreen and behind the mic as a voice actor in films and television shows such as “Naruto” and “Digimon.” When the distance between New York and California proved too far, he arranged for Kelly to visit him every year and stay for a couple of months.

Kelly wanted to be in the spotlight and perform in front of audiences, and Brian did everything he could to give her a taste of the Hollywood life. Along the way, he started filming and didn’t stop for eight years.

“I often thought I should quit, but I kept going because I really believed that my sister could change the world a little bit. I was so enamored with her while she was alive, with that energy she had, how she could change a room and put a positive spin on everything and create awareness,” Donovan said. “And all those things proved true in the film. I wasn’t sure it would translate, but it really has.”

Down syndrome occurs when a partial or whole extra copy of chromosome 21 is present in some or all of the body’s cells, and is one of the most common genetic conditions in humans. (It is also referred to as trisomy 21.) People who live with it grow and develop at a different rate than those without it, but they often lead full lives into adulthood including active socialization, meaningful employment and a certain level of independence.

With the proliferation of prenatal testing via amniocentesis and blood tests, up to 90 percent of pregnancies in which Down syndrome is detected are terminated.

March 21 — chosen for the significance of numbers three and 21 in relation to the genetic cause — is officially recognized as World Down Syndrome Day, the purpose of which is to promote inclusion, understanding and celebration of people with the condition.

“[Kelly] was an incredible protagonist, and that’s one of the reasons I [filmed] her for so many years and also why I kept making the film and doing the hard yards to finish it,” Donovan said. “She’s an awesome, awesome lead character and made it that much easier.”

The film looks at Kelly’s life and her relationship with her brother from a number of angles, including the strain it put on his romantic relationships when Kelly’s needs took precedence for his time and attention, a struggle which the audience can glimpse on screen. But there’s also joy, exuberance and adventure.

“It’s just an enriching experience, and it’ll truly make you feel better about the world and life and those around you,” Donovan said. “I hope people come and enjoy it and experience my sister, who was a firecracker.”