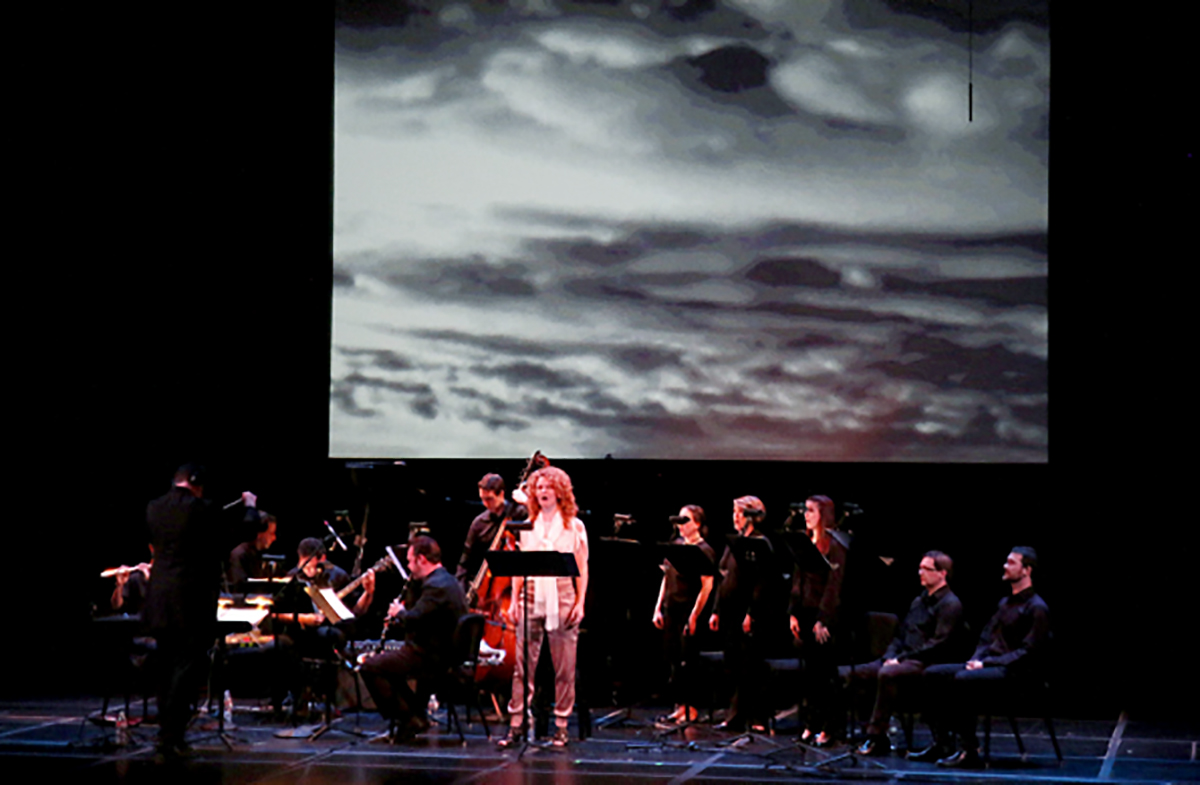 Picture it: A late-19th-century Swiss woman moves to Algeria and assumes the dress and manner of an Arabic man. She converts to Islam, marries her lover, joins an all-male Sufi sect and survives an assassination attempt before dying in a flash flood at the age of 27.

It sounds like the plot of a Steven Spielberg historical drama starring Cate Blanchett, but the story is far from fiction.

At 5 p.m. Monday in Norton Hall in collaboration with the Logan Chamber Music Series, the Chautauqua Opera Company will present a concert performance of Song From the Uproar: The Lives and Deaths of Isabelle Eberhardt, an opera in one act by the composer-librettist team of Missy Mazzoli and Royce Vavrek based on the life and writings of the intrepid Swiss explorer.

“I picked up a copy of her journals in a bookstore in Boston at random,” Mazzoli said. “For someone who was writing in the end of the Victorian Era, [Eberhardt’s] writing has this really direct, very emotional, very visceral quality to it.”

Mazzoli wrote the chamber opera for mezzo-soprano Abigail Fischer and the NOW Ensemble, a group of five musicians playing flute, clarinet, electric guitar, double bass and piano. Both will perform Monday along with the company Studio Artists Laura Soto-Bayomi, Emily Michiko Jensen, Kelly Clarke, Anthony Ciaramitaro and Ryan Stoll in the vocal ensemble. There will also be original film projections by Stephen Taylor.

“[Mazzoli and Vavrek] both said that it’s important to know the piece is purposely not set in any specific time frame because even though it’s been over 100 years since her death, it feels like now, audiences are ready to hear her story,” Clarke said. “Even 50 years ago, people might not have appreciated it as much.”

Artistic and General Director Steven Osgood has been involved with the opera from the workshop stage to the sold-out 2012 premiere at The Kitchen in New York and later in the 2015 Los Angeles Opera production. Mazzoli said it was Osgood who helped her create the work in its current form.

“When I wrote Song From the Uproar, I had never written opera before. I’d barely written anything for voice, and you know, he saw something in the piece and really made it his own and helped me shape it,” Mazzoli said. “I feel like this piece would not exist without him.”

Osgood said it was of utmost important to him to program a season that would accurately reflect what is going on in the present-day opera world.

Osgood has said he believes American opera composition is in the infancy of a golden age, and Mazzoli is part of that creative explosion. Her Uproar is an ideal production to mount in collaboration with the Logan Chamber Music Series because of the mandate the series brings to existing chamber ensembles in Chautauqua. The NOW Ensemble is the only one of its kind, and the fact that Mazzoli composed the music specifically for them was all the more appropriate.

Osgood will continue his work with Mazzoli and Vavrek this fall at Opera Philadelphia when he conducts the highly anticipated world premiere of Breaking the Waves, the duo’s operatic adaptation of Lars von Trier’s award-winning 1996 film of the same name.

“I’m one of a small group of people who get to be part of the continuity of the repertoire that they’re creating together, and I don’t take it for granted,” Osgood said of Mazzoli and Vavrek’s work. “To share it here with a community that is by nature so curious about things, and not scared of investigating new things, … it’s the perfect place for it.”