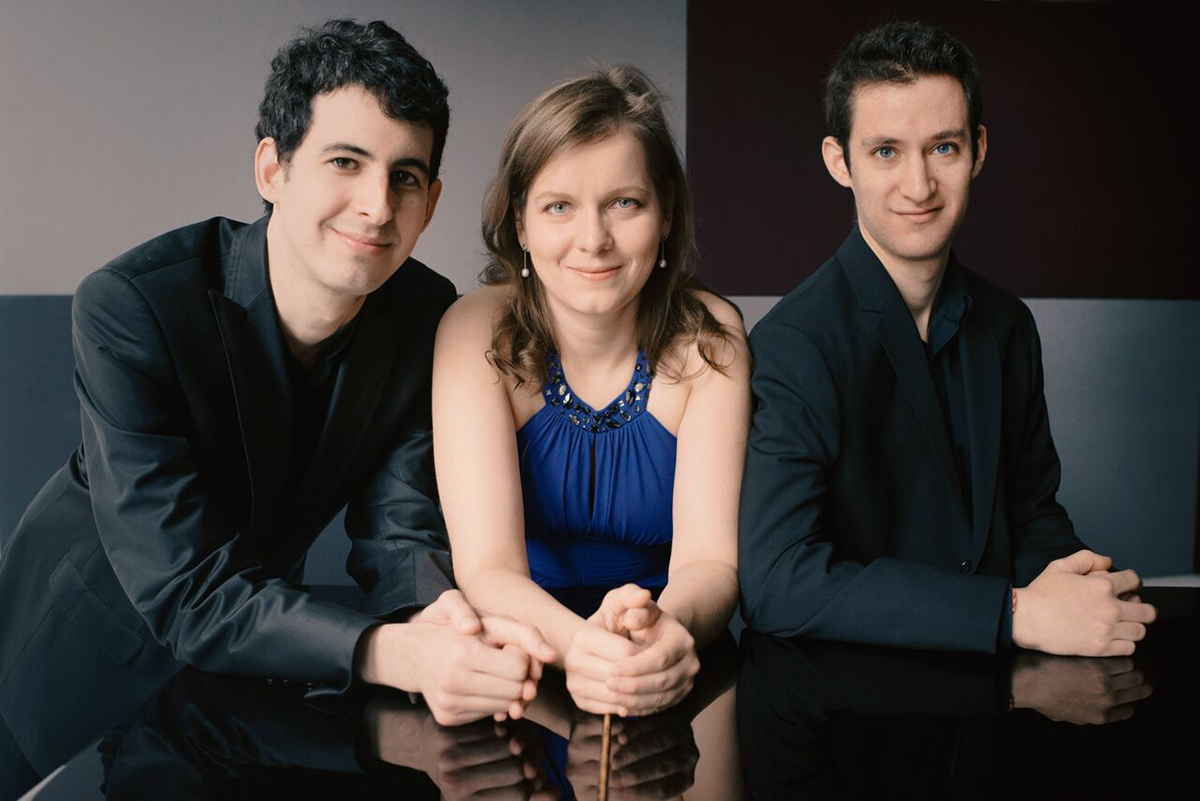 Composer Maurice Ravel rushed the finishing touches of his Piano Trio in A minor. It was 1914, the onset of World War I, and he wanted to finish quickly so he could enlist in the military and fight for France.

At 4 p.m. Monday  in Elizabeth S. Lenna Hall, the Lysander Piano Trio will play Piano Trio in A minor as part of the Logan Chamber Music Series, fittingly during a week themed “War and Its Warriors: Contemporary Voices.”

The ensemble is made up of violinist Itamar Zorman, pianist Liza Stepanova and cellist Michael Katz. The concert will also feature Sergei Rachmaninoff’s Trio Élégiaque No. 1 in G minor and Jakub Ciupinski’s “The Black Mirror.”

Stepanova said the trio does not identify as a band, but rather as a small group of people that come across in the performance as individual voices. They met as students at The Juilliard School and the group gradually formed from there, Zorman said.

The ensemble chose its name, Stepanova said, after the character of Lysander in Shakespeare’s A Midsummer Night’s Dream. One of Lysander’s most famous lines is, “The course of true love never did run smooth.”

The trio felt connected to that line, Stepanova said, because it felt chamber music is almost like being in a relationship or constant conversation with the members of the group.

Zorman said the group’s style is defined by really caring about what it plays.

“We are a classical group,” Stepanova said. “But within the classical repertoire, we like to put together contrasting programs.”

Those sentiments combined to create the program for today’s performance.

The Ravel selection, which Zorman said is the centerpiece of the performance and a staple of the repertoire, gives the audience a delicate and colorful sound.

That sound has made it popular for the soundtracks of French movies, Stepanova said. The trio also chose the piece because it showcases each member of the group individually.

Rachmaninoff’s trio boasts beautiful and romantic melodies. Stepanova, a Russian musician herself, said the piece has a Russian heart.

The song by Ciupinski was written for the trio, Stepanov said, so it has a very distinct sound. Stepanov said Ciupinski’s piece evokes the same two reactions out of most audiences: They are surprised they have never heard anything like it before and by how much they like it.

The Lysander Piano Trio won the 2012 Concert Artists Guild Victor Elmaleh Competition, which Zorman said propelled its career forward and allowed it to have the chance to play all across the country in places such as Chautauqua Institution.