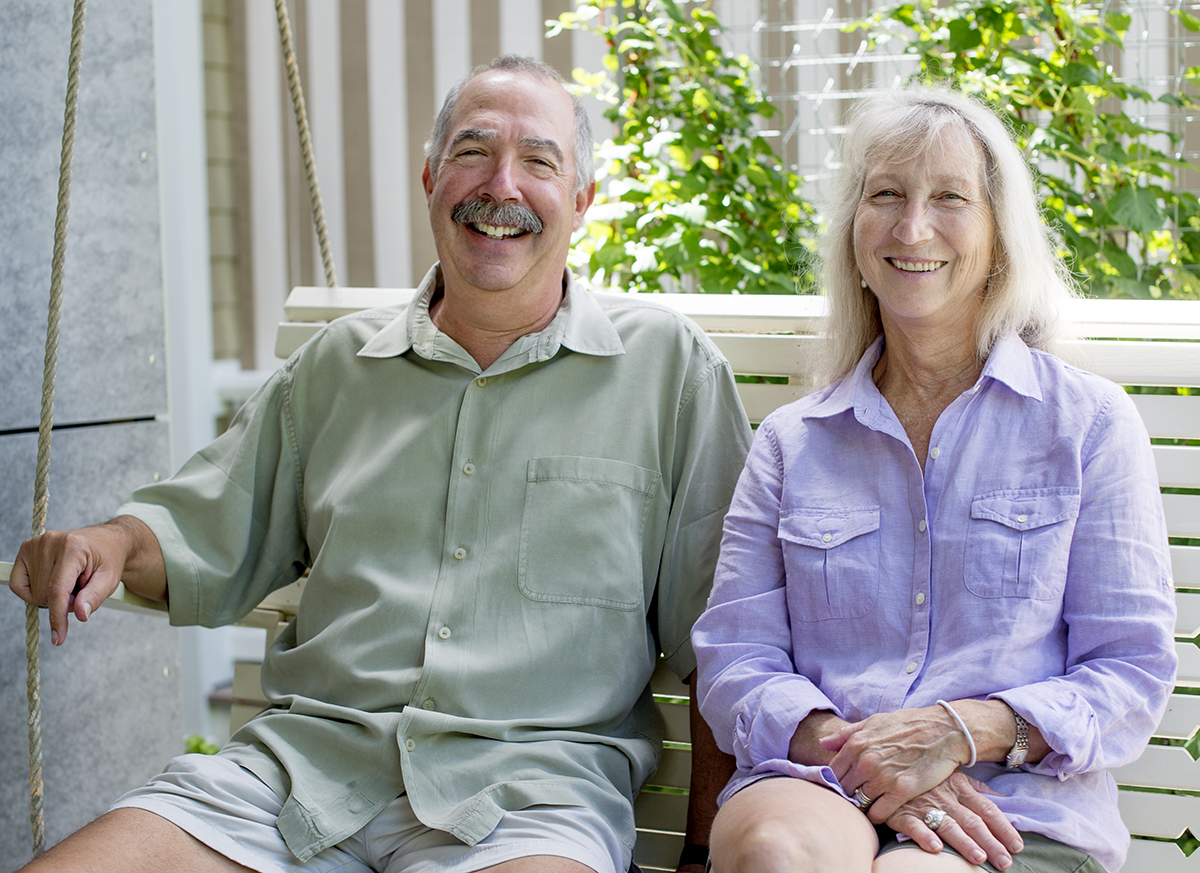 Chautauqua Institution has been perpetually provisional since 1874. Operating presently for nine weeks of the summer, more than three quarters of the year remains as a temporal leftover. Like the annual seasons, it can feel necessary to bear the frigid winters in order to joyfully digest the summers. But it’s within those winters that the borders of Chautauqua are extended. For the Posners, that extension is the Chautauqua conversation.

The impact left on Av and Janet Posner has led them to establish an endowment to support the Chautauqua Symphony Orchestra, an organization Av credits as leading to his original discovering of the Institution.

Recalling how his parents chose to have their honeymoon at the Institution back in 1947, Av said it was because they had friends playing in the symphony. His father was a professional singer, preparing for a concert that fall in New York City. And his accompanist happened to be in Chautauqua at the time.

It was 1982 when Av and Janet started coming together to Chautauqua. Both of their children, David and Nora, have been coming since utero, Janet said. Even their dog, Henry, 11, a soft-coated wheaten terrier, has been visiting all his life. A day after his adoption, they drove right from their home in Charlottesville, Virginia, straight to the Institution. To say that Chautauqua has meant something to the Posners would be a severe understatement.

But it was the “ugly” and “nasty” acrimony and public dissection of recent CSO contract negotiations that propelled the Posners to take action.

“If you love the symphony, you should support the symphony,” Av said. “So I decided to put my money where my mouth [was]. I want[ed] to emphasize the importance of the increase in the size of the Chautauqua endowment, to not only to make this little gift [in] support of the symphony, but also to publicize it and encourage other people to do exactly the same thing.”

Janet, a retired middle- and high-school mathematics teacher, understands the intimidation that shadows the process of giving money, but one shouldn’t fret. There are alternatives and accommodations available, such as making bequests or monthly giving.

“I think people don’t realize that you don’t have to pay it in one large lump sum,” Janet said. “There’s a lot of ways to get your money eventually to the Institution.”

When poised on the Posners’ porch on upper Root Avenue, one can’t help but admire the seemingly biblical transformation of the place. Across their home, on what was once a rock and gravel parking lot, is now the rich and fertile Ryan Kiblin Memorial Stormwater Park. As the breeze invisibly sings, so do the piano recitals and vocalists and violinists, beyond the park and hidden in the periphery. It’s a cultural nest of ceaseless, buzzing life.

But it wasn’t always like this. It took time, money and purposeful transformation.

“What’s interesting to me about Chautauqua is while we tend to see it as a homogeneous, Victorian community of a certain time, the story is really about constant change and evolution,” Av said.

Av remarked how there’s almost no intact housing from the 1870s. Yet people feel the need to resist, suffering a measure of myopia, constructing a style of Chautauqua that suits their sensibilities of what it should be. Av finds that tension interesting, as he also possesses a doctorate in the history of art and architecture. He’s taught some classes at the Institution on the subject. Av said to better understand a people, one should look to the buildings they erect or favor.

“I think that the homes, generally, represent how people feel about this stuff,” Av said. “What kind of home they wanted, the style they wanted, what kind of look they were going for. We see that all of it is sort of a cultural icon. [You can read a community] the way you can read a text. It tells you a lot about people. It’s a degree in history, using the architecture to tell you the story.”

When it comes to the Posners’ story at Chautauqua, it’s as lush and vivacious as their home space. Whether it’s dance, orchestra or cinema, the Posners forever seek to cultivate the arts with their eyes wide open.

“It’s the whole fabric,” Janet said. “There’s not anything we don’t really like.”

But if cornered, the Posners might feel more inclined toward the people of Chautauqua. They’re also “parenting” an art and theater student for the summer, something they find very rewarding.

“I pick people over programs,” Janet said. “If I’m having a good time with friends, then that takes precedence. And if we end up at the concert, that’s great. If we end up talking longer on a porch or over dinner, that’s great, too.”

In the years past, the Posners have formed a family-friendly softball competition amongst themselves. Av would have his team. Janet hers. David his. And Nora hers. As entertaining and active as it was, the time constraints made organizing family meals a bit difficult.

“We never had family dinner because we were always at the ball field, either participating or watching,” Janet said.

For all that is Chautauqua for the Posners. It’s a section of a “Three Taps” speech by former Chautauqua Institution President Curtis Haug that rings pleasantly in Av’s ears. He recited Haug’s words like a hallowed mantra.

“‘Place that you love. Tap. The program you enjoy. Tap. And the spirit that you feel. Tap. Place. Program. Spirit.”