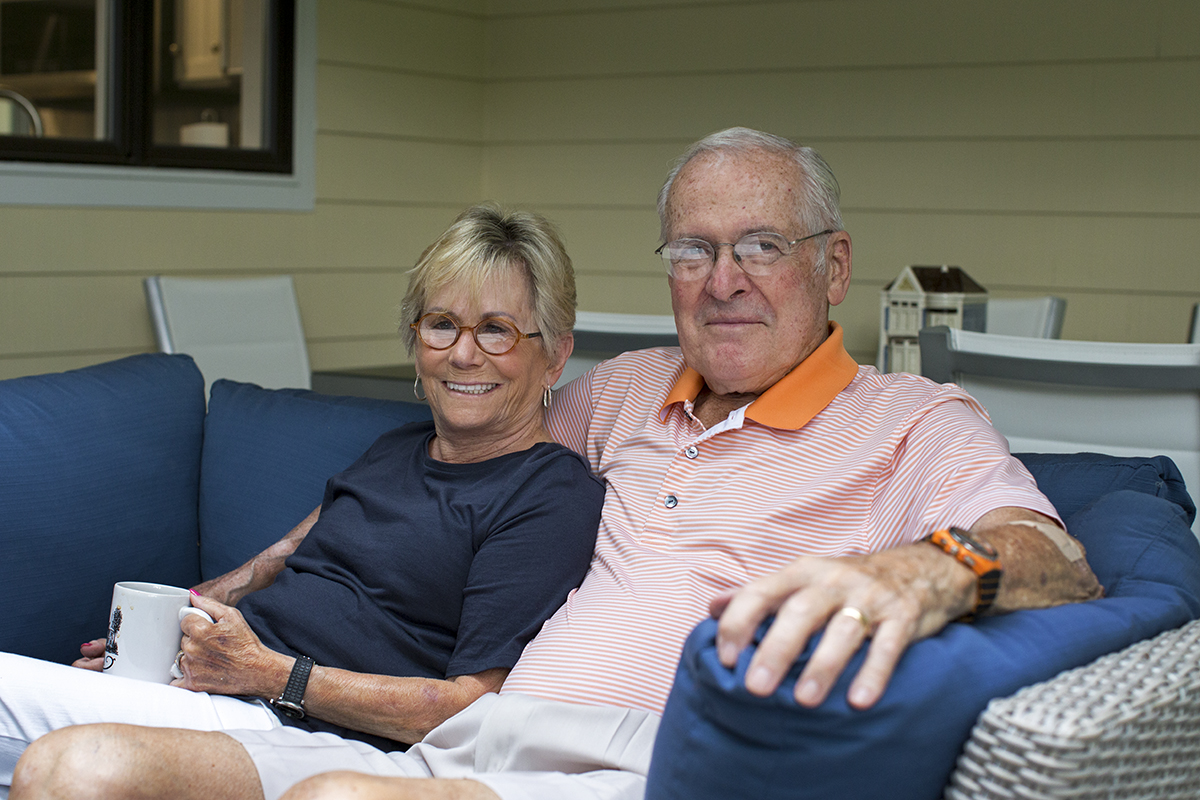 For Dan and Linda Silverberg, a gift to Chautauqua Institution is not a gift. For all the joy that they’ve been given by the Institution, rather, they perceive it as a measure of reciprocal exchange.

“There’s nothing that we can give to the Foundation or a fund or a program that would possibly amount to equal compensation for what we’re getting,” Linda said. “Philanthropy is paying it forward. It’s saying I’ve already received and now I can give back.”

They’ve chosen to give back. Three-fold.

The Silverbergs have already made special gifts in support of Chautauqua’s inter-arts programming as part of their contribution to the Promise Campaign. This summer, they helped underwrite the July 28 performance of the Chautauqua Symphony Orchestra, which featured guest artist Charles Berginc on trumpet, soprano Kathryn Henry and Chautauqua Theater Company actors.

And now, they are establishing an endowment, through a planned gift, to help attract special guest artists to perform with the CSO, as well as continue their support of the inter-arts at Chautauqua.

“The one consistent center of arts here is the CSO,” Linda said. “Without the CSO, there would be a huge gap in programming for everybody and pleasure for ourselves.”

When Joshua Bell, Grammy award-winning violinist and conductor, came to perform for a special performance with the CSO, the Silverbergs were warmly and graciously thunderstruck.

“[I]t literally made me cry with tears of joy. It was so amazing,” Linda said. “And I want to see us be able to continue to do very special things like that.”

The Silverbergs, who now live in Palm Beach Gardens, Florida, are both retired. Linda, formerly a trial judge in Cleveland, and Dan, a real estate developer and investor, find gratification as patrons of the arts. A soft spot of their artistic inclination came in the form of glass ceramics. It’s from there that they decided to extend their joint generosity.

Jun Kaneko, a Japanese ceramicist, considered to be the most preeminent in the world, is known for experimenting in repetitive abstract motifs. The Silverbergs have had his work sitting in their Florida backyard for some time. They’ve come to self-title it “The Lovers.”

Each sculpture clocks in at a pristine height of 32 inches and a robust weight of 240 pounds. There’s an additional 250 pounds for the bases. Face-to-face, they depict a man and woman in full engagement, enamored with one another. Patches of light that aren’t caught in the glazed contours of the cheeks or sockets bounce unevenly off the smooth surface. Dyed a sort of opal blue, dark silver stripes screw around the grainy hues of each of the globe-like pates, one as longitudes, the other latitudes. Simply put, they’re two halves that complement the whole.

“The Lovers” has since changed its status from “stationary” to “in-transit.” The piece will be making its way from Palm Beach Gardens to Chautauqua before the 2017 season, compliments of Dan and Linda Silverberg.

Having returned together to Chautauqua over the last 25 years, the Silverbergs have only been homeowners for seven. But during that time, they’ve spent the entirety of their summers on the grounds. In that time, they’ve not only been patrons of the arts, but also of the Institution.

“We’ve had friends from Florida we’ve invited to stay with us, and they keep coming back,” Dan said. “There’s always someone coming in and out of here.”

With five children, six grandchildren and countless friends, the Silverbergs find they often have merely a week or two to themselves.

“That’s the only downside to talking about Chautauqua,” Linda said. “We love it, but I’m sure as other property owners have discovered, [we’re running] a nonprofit B&B.”

The aspect of family bonding in Chautauqua has had a considerable and positive effect on the Silverbergs. They like to throw it back, in sense, to a bygone, familial era.

“When I grew up, all of your family lived in the same city,” Linda said. “But in today’s world, that’s no longer the case. You have to work to have that relationship, and it’s one of the untold benefits of Chautauqua. It’s a place to gather the family, [where there’s] unencumbered free time to get to know one another.”

These relationships, for the Silverbergs, extend beyond the biological, into the social, and ultimately, into Chautauqua.

“It’s an indescribable sense of belonging. It’s hard to imagine it still exists, but it does,” Linda said. “It’s living proof that people who love diversity, express tolerance [and] want the joy of learning and opening their minds can be in this community because it tells me that this is replicated really everywhere in small towns in America. The biggest problem I have with Chautauqua is the nine months of the year [we’re] not here.”