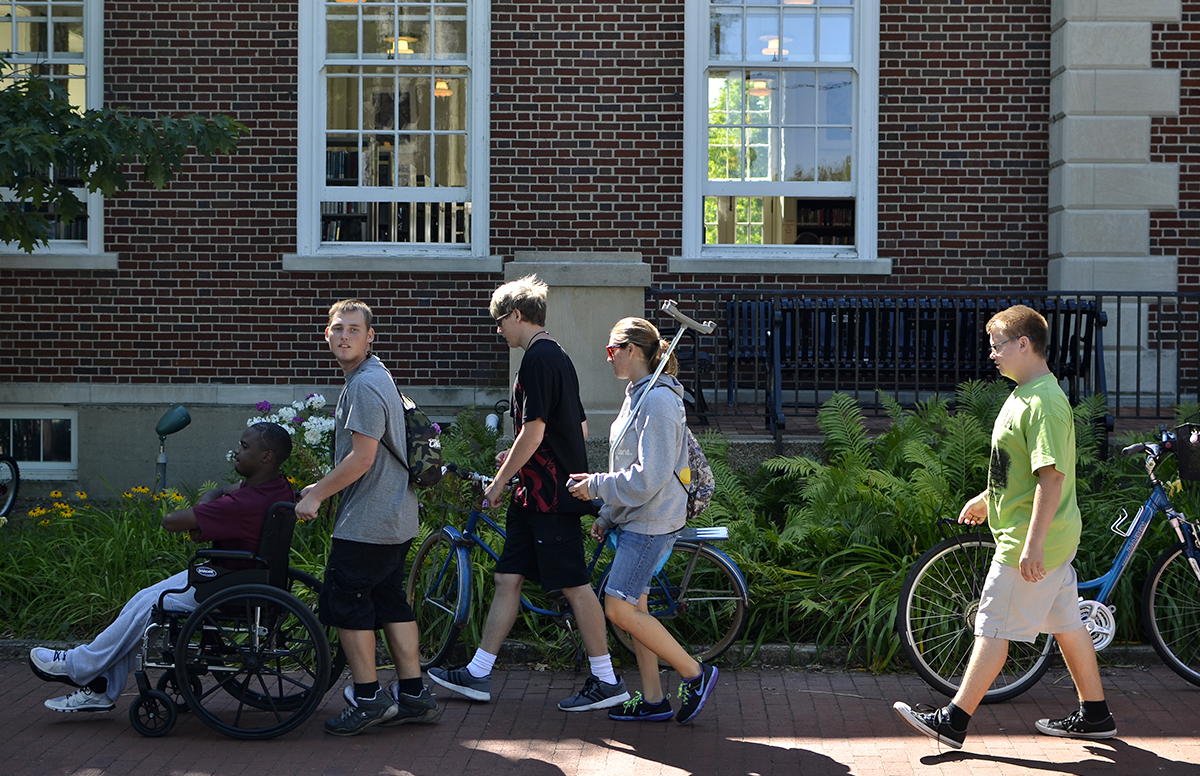 Murals depicting iconic scenes of Chautauqua Institution adorn several walls at a charter school in Panama City, Florida. The students walk by images of Miller Bell Tower, Bestor Plaza and the Hall of Philosophy every day, but during Week Six, 27 of them finally saw the real things.

The Chautauqua Learn and Serve Charter School serves disabled students as an extension of Bay High School, a public school in Panama City. The program takes its name, mission and four pillars from Chautauqua, drawing inspiration from the Institution’s sense of intellectual progressivism and culture of community values.

The charter school was named and started by  now-Chautauquan Cynthia McCauley.

“I fell in love with the place from a distance,” McCauley said. “I started ordering these cassette tapes of lectures and it all kept going. Now, if you could see our school, it is inside-out, totally Chautauqua.”

They spend their time at school learning skills to get jobs in service fields. The goal is to make the students capable of living independently according to Heather Hay, one of McCauley’s coworkers who stayed with the students for the week. The students visited the Institution on a vocational rehabilitation grant.

At Chautauqua, they hoped to learn potential future city needs that they may one day be able to fill. Week Six was specifically chosen to match class curriculum on transportation and community access.

“There’s so much culture here that they don’t normally get,” Hay said. “Stuff that they just can’t reach.”

In between lectures and other Chautauqua programming, the students participated in service training activities. They did yardwork and housework. A rotating team would cook meals for the whole group on a low budget.

Eric Bellamy, one of the students, made loads of spaghetti for his classmates but didn’t eat any because he doesn’t like it. He could be seen around the grounds wearing his gate pass around his neck and pushing one of his classmates in a wheelchair.

Mariah Moore, another student, got to talk to members of the Chautauqua Volunteer Fire Department about what it takes to serve as a firefighter, a dream of hers. She said she loves learning how to “help other people.”

The charter school is known internationally for its commitment to finding independent roles in society for disabled people. They’ve presented to groups within the United Nations several times to help develop international inclusiveness goals.

Gallery: An Afternoon in the Treetops