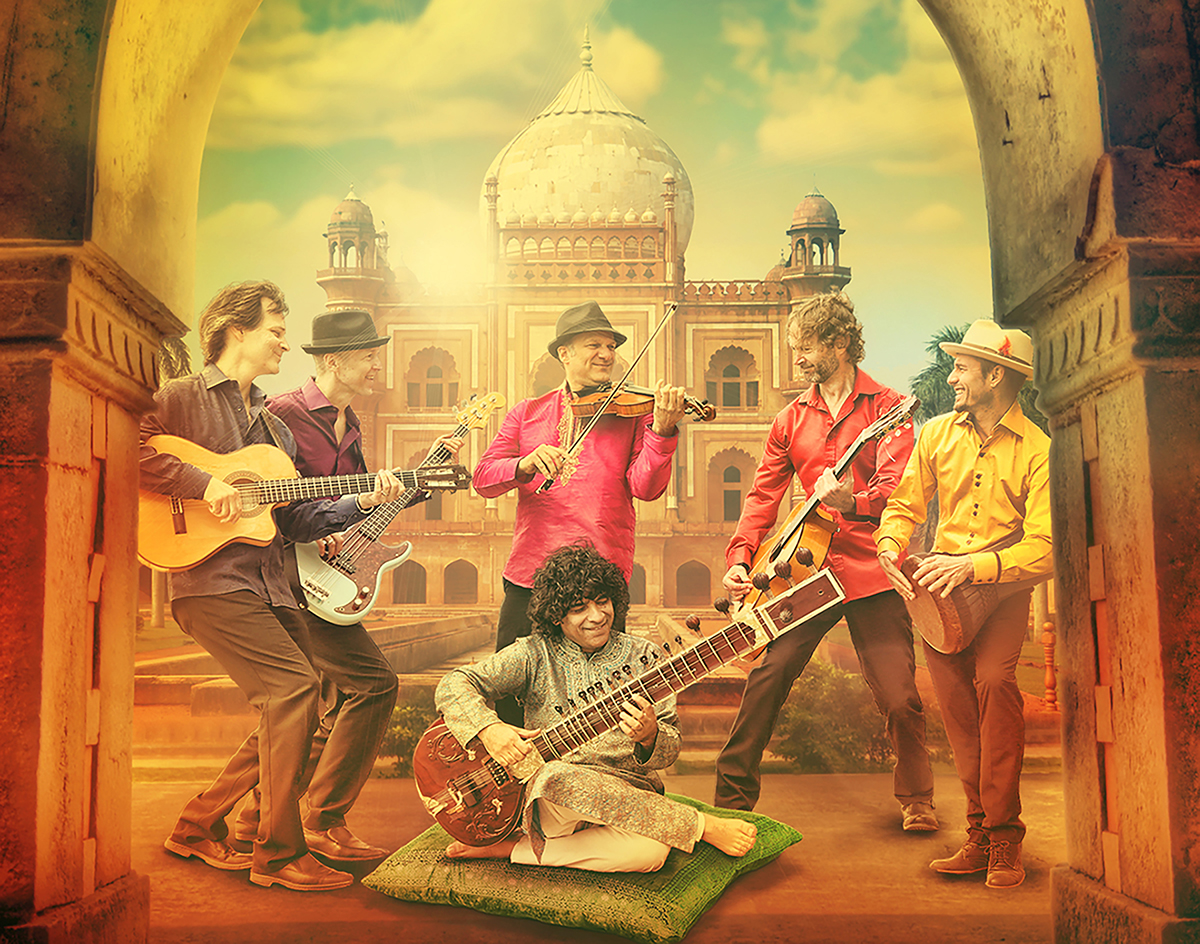 The Sultans of String will bring a world of musical influences with them in their first visit to Chautauqua Institution.

The group will perform at 8:15 p.m. Monday in the Amphitheater.

Chris McKhool, one of the band’s founding members, said their work is all about bringing together music from around the globe, including Spanish, Cuban, Celtic and Arabic styles.

“We use those influences as paints in a paint box — using a lot of different colors to tell stories about people that we meet and the places that we’ve been,” McKhool said.

The set they’ll perform at Chautauqua is based around their most recent album, Subcontinental Drift, released in 2015. For the album, the band collaborated with sitar player Anwar Khurshid, who will join the Sultans of String in the Amp, McKhool said. Khurshid has been featured on the soundtrack of films such as “Life of Pi.”

“Even if you haven’t heard his name before, you’ve probably heard him play sitar,” McKhool said.

McKhool said one of his favorite parts of performing with Sultans of String is getting to share stories he cares about with his music. He said this gives the band an opportunity to share the kind of ideals they’d like to see in the world.

“Bringing it all together and seeing what comes out when we share our experiences and share our music with each other — with [Khurshid], it takes on even more meaning,” McKhool said. “In the village that he grew up in in Pakistan, he wasn’t even allowed to play music. So coming to North America was really a moment of freedom for him.”

This personal element gives special meaning to some of their songs, McKhool said, such as “Journey to Freedom” and “Blowin’ in the Wind.” He said both Khurshid and Rosendo Chendy León, the band’s Cuban percussionist, come from places where they felt like they weren’t free to express their thoughts and vision with their music.

“For both of these guys, I think Sultans of String is a great venue for expressing themselves and who they are as people, human beings,” McKhool said. “And that’s my other favorite thing: it’s a great way to just show the best of the people we admire musically, to be able to share their gifts with the world.”

McKhool said Chautauquans can expect to go on a journey through the world’s musical styles and to see the band’s vision of the world as a place where people can come together to do something beautiful.

“And if they’re inspired, maybe they’ll get up and dance,” McKhool said.

McKhool said it can often feel like there’s a lot of division between people, and it’s easy to pit one group of people against another. The philosophy of working together is something he said the band tries to enact and espouse with their music.

“It creates a new sound, and that’s the voice of Sultans of String,” McKhool said. “I just hope people can listen with open ears, enjoy that and walk away happy.”