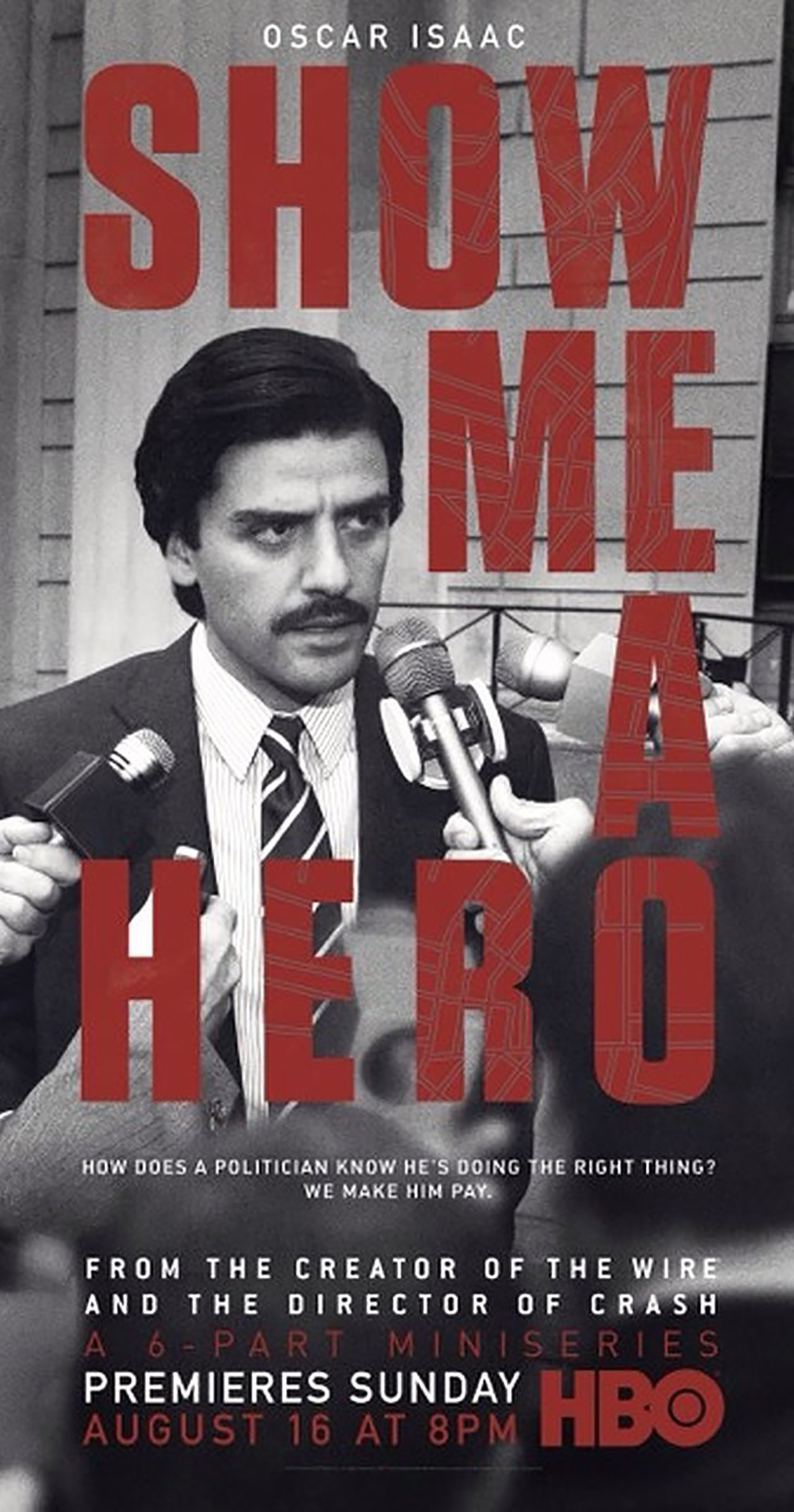 It was a long journey for David Simon to adapt Show Me a Hero to the screen. Lisa Belkin, a former writer for The New York Times, finished her book in 1999, optioned it for the screen in 2002, but it wasn’t until 2015 that the miniseries premiered on HBO.

In the meantime, while Belkin’s book sat undeveloped, Simon — who will speak at 10:45 a.m. Monday in the Amphitheater — went on to create now-iconic shows such as “The Wire” and “Treme.”

However, when Simon, originally a reporter with The Baltimore Sun, revisited the project years after first expressing interest, he knew the topic of race and discriminatory housing discussed in Show Me a Hero would still be relevant.

“There’s still fights like this about housing. There are still people who feel this angry and this frightened about race — none of those things have gone away,” Belkin said. “The world certainly hasn’t gotten better in this department … it keeps coming up, it’s as resonant, if not more so, than it was when I wrote it.”

It’s an issue Simon has long been aware of as well. In an examination of capitalism at the Festival of Dangerous Ideas in Sydney in 2013, Simon noted that “America is a country that is now utterly divided when it comes to its society, its economy, its politics.” And it comes down to race relations.

“There are definitely two Americas,” Simon said in Sydney. “I live in one, on one block in Baltimore that is part of the viable America, the America that is connected to its own economy, where there is a plausible future for the people born into it. About 20 blocks away is another America entirely. It’s astonishing how little we have to do with each other, and yet we are living in such proximity.”

Initially, Belkin, now the chief national correspondent for Yahoo News, was surprised that someone even wanted to adapt her book into a miniseries, and wondered who would watch a show about something as obscure and specific as housing developments in Yonkers, New York, in the 1980s and ’90s.

However, underneath a seemingly arcane topic lurked deeper questions about race and class that are still being grappled with today, Belkin said, especially since filming for the show began in 2014 while the events in Ferguson, Missouri, were taking place. Thus, although they were shooting scenes that took place in the 1980s, the scenes had a very “of-the-moment feeling” too, Belkin said.

She also said Simon and the rest of the team, including co-writer William F. Zorzi and director Paul Haggis, took pains to make the show as close to the book as possible. Although she was a consultant for the show and was frequently on set, Belkin said she completely trusted their visions.

“From the start, it was clear that there was this almost religious devotion to fact. There was a respect for the fact that this happened to real people in a real place,” Belkin said. “It is as close to reflecting the experiences of the people up there, the way they actually experienced it, as humanly possible without doing a documentary.”

In one scene, for instance, they filmed at the same city hall where events transpired in the book, Belkin said, along with extras who were actually there when Yonkers’ then-mayor Nick Wasicsko, played by Oscar Isaac, spoke in the ’80s. In another scene, when Isaac is in a cemetery, he is wearing the same dark green sweater Wasicsko once wore.

“Every scene is imbued with the fact that they were in real places and they were behind the cameras against the wall in so many of those scenes [with] the actual people who lived the story,” Belkin said. “That meant a lot and that was the feeling that was brought to the whole shoot.”

While being on set, there were moments that were so surreal that Belkin said she felt like she was transported back to when she first covered the real event.

“It was like standing in several dimensions at once. So I would sit and I would watch a scene happen and then I was also remembering when I was first either told about or experienced that scene,” Belkin said. “Then I’m also looking over to my right and seeing the person who I first met 20 years ago while this was happening, is now there, 20 years older and with their grown children. It was like standing on a step with memories and ghosts and they were all standing with you.”

Such is the power of Simon, “the journalist’s hero,” Belkin said, that she can’t imagine anyone else adapting her story.

“For a nonfiction writer, it doesn’t get better than having one of the country’s best nonfiction writers at the helm. And that’s what David is,” Belkin said. “I got the A-Team. I did not realize that I wrote the perfect book for David Simon to adapt, until David Simon adapted it.”

Belkin said she is grateful her book reached Simon’s hands and they could make it into something that lives on and will expose even more people to issues such as housing discrimination. Already, Belkin said she’s gotten powerful responses from viewers, ranging from, “How did I not know this?” to “Really, that wasn’t the ’60s?”

“I love helping people, so I’m very happy,” Belkin said. “Now [my story] lives on. … And now it gets a whole new audience. Since the point was always to tell this story, watching more people know the story is exhilarating.”