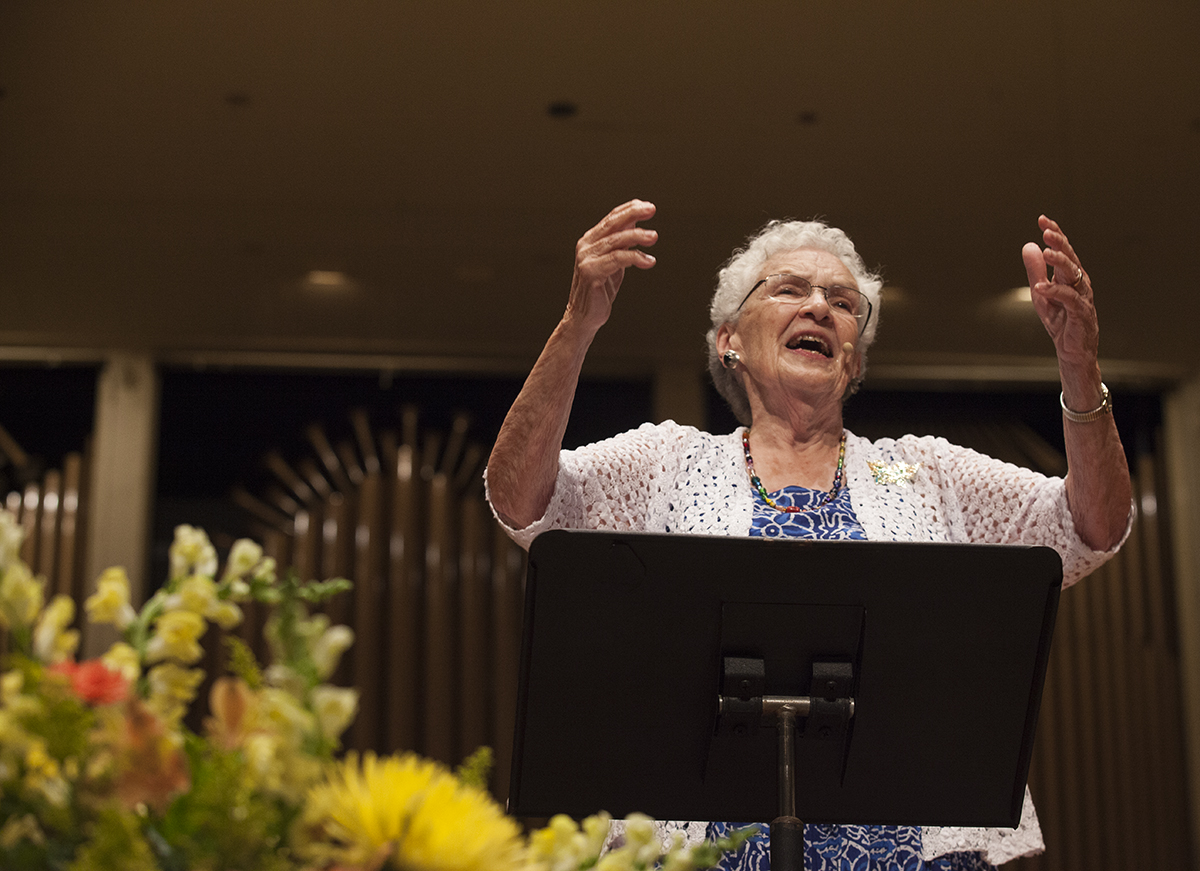 Three kids from different parts of the world with completely different life experiences are all linked together by one common thing: music. The CLSC Young Readers selection for Week Nine, Echo, by Pam Muñoz Ryan, tells the story of a magical harmonica and the invisible thread which connects the three protagonists.

In line with the week’s theme, “America’s Music with Wynton Marsalis and Jazz at Lincoln Center,” the young readers will explore how music can evoke emotion and shape a cultural identity.

Associate Director of Education and Youth Services Matt Ewalt and Education Assistant Karen Schiavone will host the program at 4:15 p.m. today in Hultquist Center 101. Young readers will first watch examples of the use of score in film, then they will create their own stories.

“Music tells the human story,” Ewalt said. “It speaks to our pain, our aspirations. It speaks to that which divides us as much as it does that which can bring us together. Music has so much to do with who we are.”

The pair will show participants how music is used to aid a narrative in less obvious ways, too.

“That’s what drew us in thinking of how to engage with this book this week, that idea of how music can tell a story in both very intentional ways and ways that most of us don’t pay attention to and appreciate,” Ewalt said.

Young readers will listen to musical selections from classical and popular styles and write a story based on how that music makes them feel. Something Ewalt and Schiavone said they were especially excited for is having the readers listen to music that has been used across popular culture, to see what they come up with.

“Can we take some pieces, both known and unknown, and have young readers craft narratives, whether it’s through images or writing that is inspired by the music itself?” Ewalt said. “It’s just a way of reminding us of the many ways in which music can tell a story.”

The program will dissect the way a score can be used to show suspense, emotion and even how it can be associated closely with specific characters, such as in “Star Wars.”

Schiavone said the book is a selection that can be enjoyed by anyone, from anywhere.

“Each part focuses on a different kid in a different part of the world,” she said. “It all surrounds different aspects of World War II.”

She said the use of fantasy aspects, such as the magic of the harmonica, lends well to the theme that everyone shares music as a commonality.

“It all comes together so beautifully in the end,” she said. “Some stories come together too neatly at the end with a pretty little bow, but I thought this one had a better balance.”