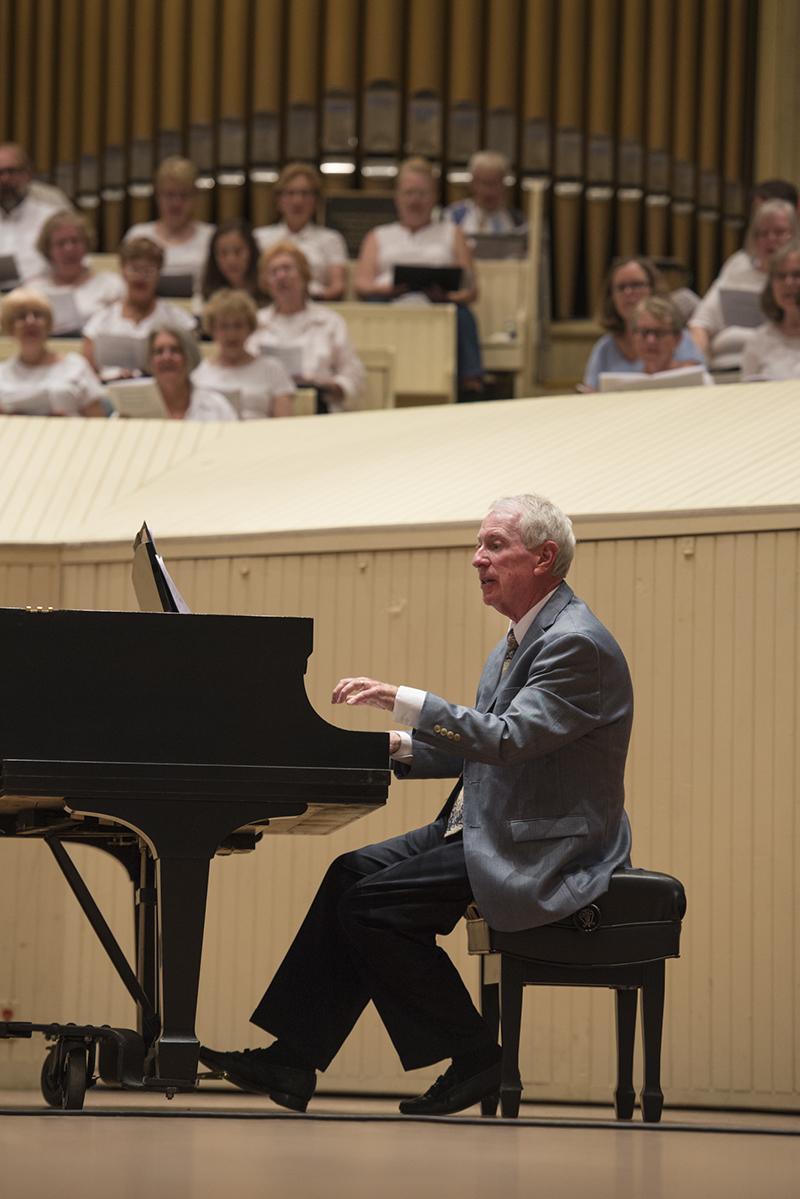 Jared Jacobsen feels a special bond with early 20th-century American composer George Gershwin, because they both have done some of their best work at Chautauqua Institution.

At 12:15 p.m. August 24, Jacobsen will play the final Massey Memorial Organ recital of the season and in the current Amphitheater: “Gershwin’s Practice Shack.”

When Jacobsen was 15 and deciding his future career, he had a moment at Chautauqua that changed everything. He was sitting with his then-piano instructor, Patricia Benkman Marsh, underneath a tree by the practice shacks, when she said to him: “If you can imagine the rest of your life not being intimately involved in music every single day, then do something else. But if you can’t imagine that every single day, then you need to be a musician.”

And that’s what did it. Jacobsen decided to pursue a career in music.

Years later, Jacobsen found out he wasn’t the only musician who sat under that special tree.

“They were cleaning out some files over at the Daily’s office, and somebody found a picture of George Gershwin from when he was writing the ‘Concerto in F’ sitting under that tree, my tree,” said Jacobsen, organist and coordinator of worship and sacred music. “[He was] sitting under that very tree with his score in his lap.”

Years earlier, Gershwin came to Chautauqua for the sole purpose of composing a jazz orchestral piece. The practice shacks provided him a quiet place to do this writing, and Jacobsen said no one was allowed to bother him during the day while he worked.

Jacobsen hopes to pay homage to Gershwin with today’s concert, while also giving Chautauquans a taste of American jazz.

“Jazz is kind of a uniquely American combination of the African-American spiritual experience and gospel music, ragtime from the turn of the 20th century, folk tunes from Appalachia and music from the Civil War,” Jacobsen said. “All that kind of gets swirled around in a pot and out came this new art form called jazz, and Gershwin was right at the beginning of it.”