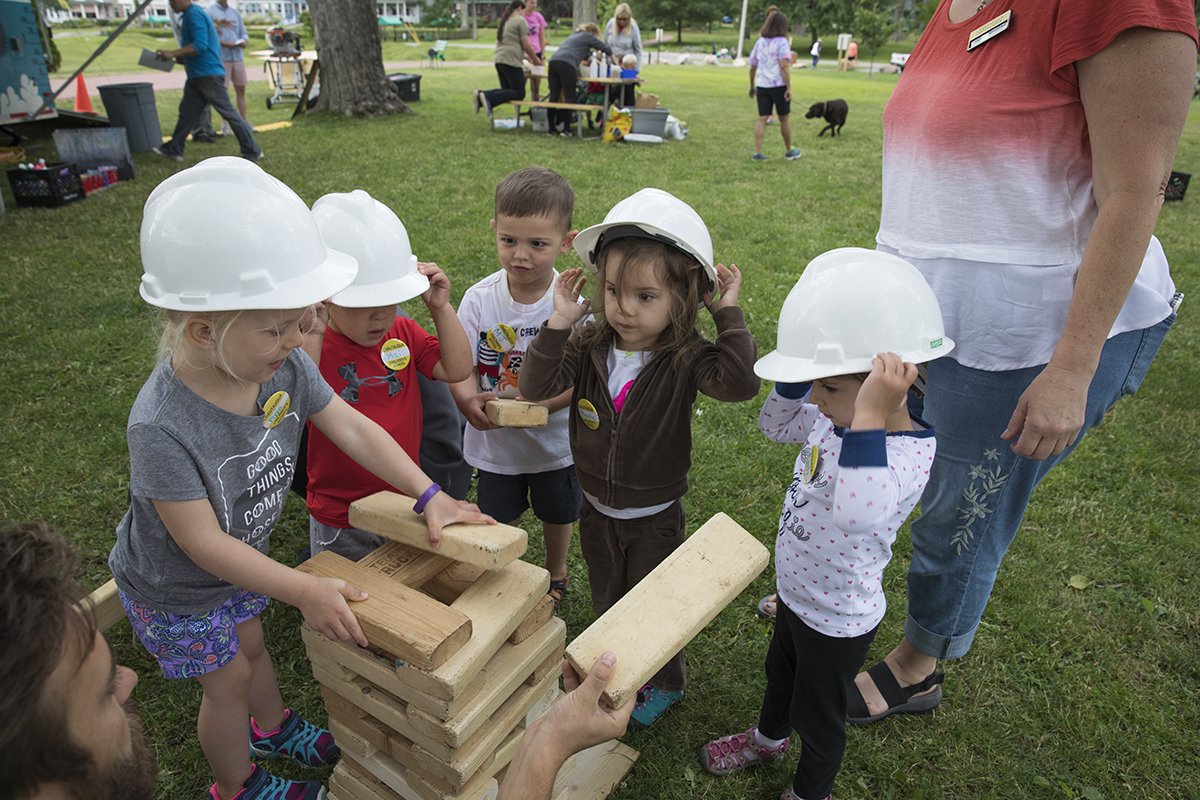 Just a stone’s throw from where Thomas Edison slept during his visits to Chautauqua, the next great American inventor may have found their groove.

Founded by Jason Martin, the Atlanta-based nonprofit is a makerspace-on-wheels that gives young children a chance to start engaging in the STE(A)M disciplines of science, technology, engineering, arts, and mathematics.

Each subject area had its own station where the kids used their hands, and in one instance, their feet, to explore the foundations of STE(A)M in creative ways.

At the science station, kids made “seed balls.” Using dirt, water, seeds and sunlight (offered by the kids as the essentials needed to make plants grow), each kid molded their own ball of seed that they were able to take home and plant.

The kids launched “stomp” rockets at the technology station. Each child took turns jumping and stomping on an empty two-liter soda bottle that was fastened to a length of PVC pipe. Kids ooh’d and ahh’d as the air they stomped out of the bottle shot through the pipe and launched homemade rockets high into the air.

The kids practiced counting, measuring, and building at the mathematics station. After a STE(A)M Truck employee measured the height of one student, the entire group (between five and seven kids) stacked rectangular wooden blocks two at a time, counting as they went, to build a tower of blocks taller than the height of their group mate.

Martin started STE(A)M Truck to expose children — especially those from disadvantaged areas — to STE(A)M disciplines and to give teachers and educators a framework for how to teach those subjects to younger students.

If invention and innovation are going to continue, Martin feels that our youngest generations need to be given the chance to succeed. That starts with giving them the right tools.