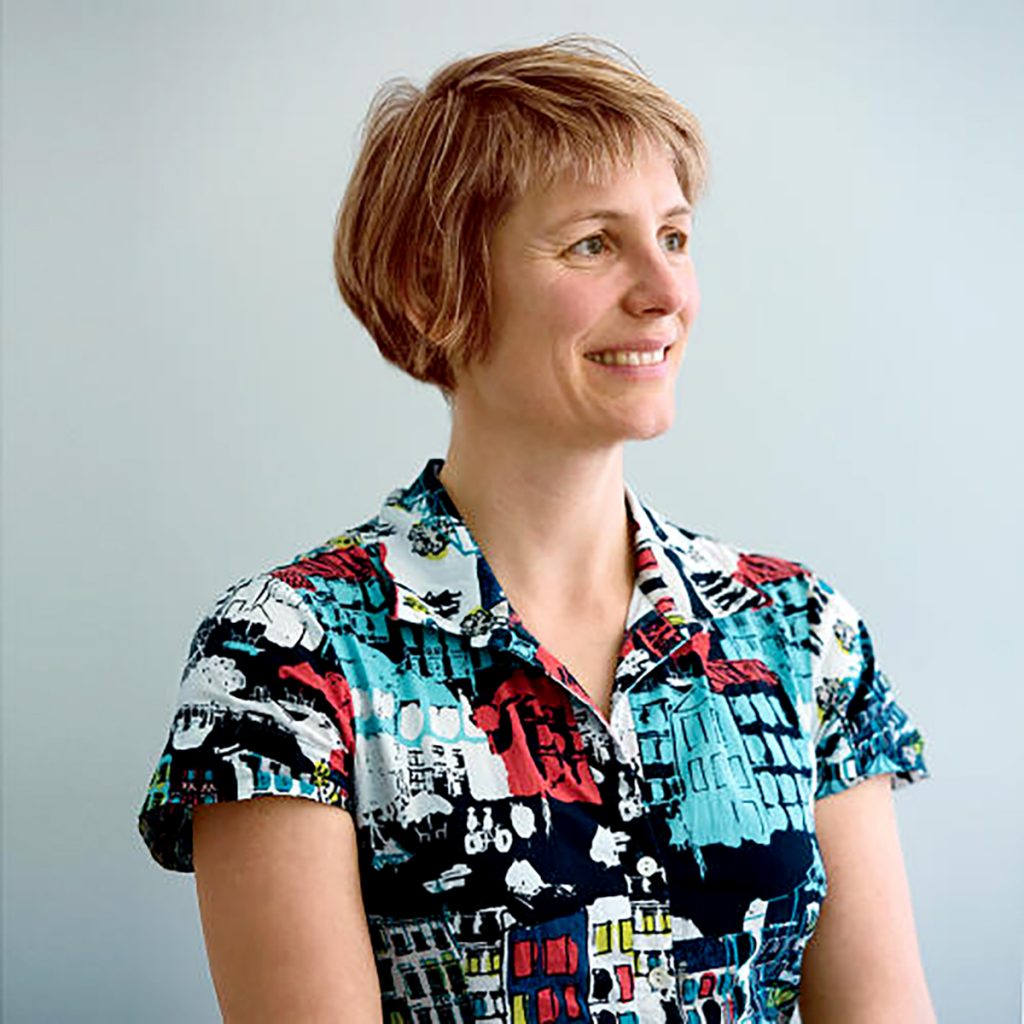 Everyone wants to talk about success. Obi Felten thinks we need to discuss the opposite.

“I don’t think we talk enough about failure, about how to deal with it in a graceful way,” Felten said.

At 10:45 a.m. Monday in the Amphitheater, Felten, director of X Foundry and head of getting moonshots ready for contact with the real world, will share her outlook on the importance of failure in innovation and how, if it’s done right, innovation will result in lots of failure.

Felten is the first morning lecture of Week One, the theme of which is “Invention.”

The mission at X, formerly Google X, is to introduce new technologies that have a positive global impact. This is done through the invention, production and innovation of moonshots, so called because they address huge problems, propose radical solutions and utilize breakthrough technology. They are ambitious, audacious, ground-breaking, and they often fail. Felten would know.

“When I was building my dream job, it failed,” she said.

Felten was working as the launch manager in Germany for internet start-up eToys.com in 2001. One week prior to its German opening, the company folded.

This was Felten’s first experience working with engineers, and she discovered she loved it. So when the company collapsed, it was a formative moment in her professional life. She said she didn’t really know what she was getting into with eToys, but in finding something there that she was passionate about, even when it failed, she had gained the confidence to jump into other unknowns.

After successfully managing a contentious German rollout of Google Street View, she was invited to take another leap of faith and join X in Silicon Valley. Initially hired for a six-month trial period, Felten called her old boss after three months with the news that she was staying in California.

X only works on projects that solve global problems. Globally, there are about 1.25 million driving deaths per year, according to the World Health Organization. Data from the National Highway Traffic Safety Administration attributed 94 percent of the traffic deaths that occurred in 2015 to human error. X’s self-driving car aims to fix this problem.

Another example: there are still large areas of the world that do not have regular internet access due to substandard infrastructure. Balloons that float on stratospheric winds and stream internet as they move could solve this issue.

With the big problems X tackles, innovation can be messy. And when step one is to figure out all the reasons why a project won’t work, as they do at X, it can get even messier.

“No one aims to fail, but let’s work out as quickly as possible whether or not something is going to work,” Felten said. “We’re trying to establish a culture where lessons from failure are cultivated and celebrated.”

This philosophy led Felten to pitch her idea of Foundry to X’s “captain of moonshots,” Astro Teller.

“With the development of Foundry, we want to take projects that are in the very early stage, maybe half a prototype concept but still fairly undefined, and build a team to de-risk both the technology as well as the business side,” Felten said.

Foundry gives most of its projects one year. Within that year, all possible risks that might lead a project to fail are rigorously examined as quickly as possible. This includes both technological and business risks. If problems are not overcome, the project is killed.

No one aims to fail, but let’s work out as quickly as possible whether or not something is going to work. We’re trying to establish a culture where lessons from failure are cultivated and celebrated.” — Obi Felten said

Felten understands that failure can have a serious negative impact on people, but acknowledging those potential failures upfront has changed the perception of failure at X. Instead of viewing their approach as trying to fail as fast as possible, the culture is to learn as fast as possible.

“It is very tempting to start by working on the problems you know you can solve because it gives you a sense that you are making progress,” Felten said in a presentation last year at a conference hosted by the Jacques Delors Institute. “But if you’ve spent a year working on all the easy things, only to discover in two years’ time that there is a problem you can’t solve which sinks the entire project, you’ve wasted all that time and effort. We’d rather find that out sooner rather than later.”

All those projects left on the cutting room floor mean one thing at X: the possibility to do something even better.

For Felten, part of this drive to do better has led her to act as mentor and angel investor for numerous start-ups and nonprofit organizations. She particularly looks to support women within technology.

“When I got to Silicon Valley, I saw how unfriendly it was to women,” Felten said. “Less than 30 percent of tech positions are filled by women, less than 10 percent of board positions and less than 5 percent of venture capitalists are women. If you excuse 50 percent of the world’s population from the innovation table, you’re short-changing the potential that is there.”

She approaches her mentoring and investing with a mindset born of her own experience.

“I had people throughout my career who took chances on me,” she said. “Now I want to inspire the next generation, to encourage women to hang in there. I want to make it better for those who come after me.”

Ninety-seven percent of the projects at X Foundry fail before they’re a year old. Of those 3 percent that succeed, the possibility of their financial windfall is as much a moonshot as their initial development. Profit is not the aim at X, or for Felten — developing innovative ideas that change the world is.

“I went through an art collecting phase, and a lot of people told me ‘Don’t buy art you think is going to make money,’ ” Felten said. “ ‘Instead, buy art you want to see hanging on your wall.’ ”

To find these pieces worth hanging on the wall, Felten and her team at X will continue to chase and embrace failure. Even if the invention is straightforward, its innovation can be anything but.

According to Felten, the willingness of those at X to fail again and again will always lead to better solutions to bigger problems.

“We will continue to take ideas from ‘Can that even happen?’ to ‘When is that going to happen?’ ” Felten said. “Immediately, the team was amazing. They’re insanely smart guys from all these crazy places doing some really amazing stuff.”