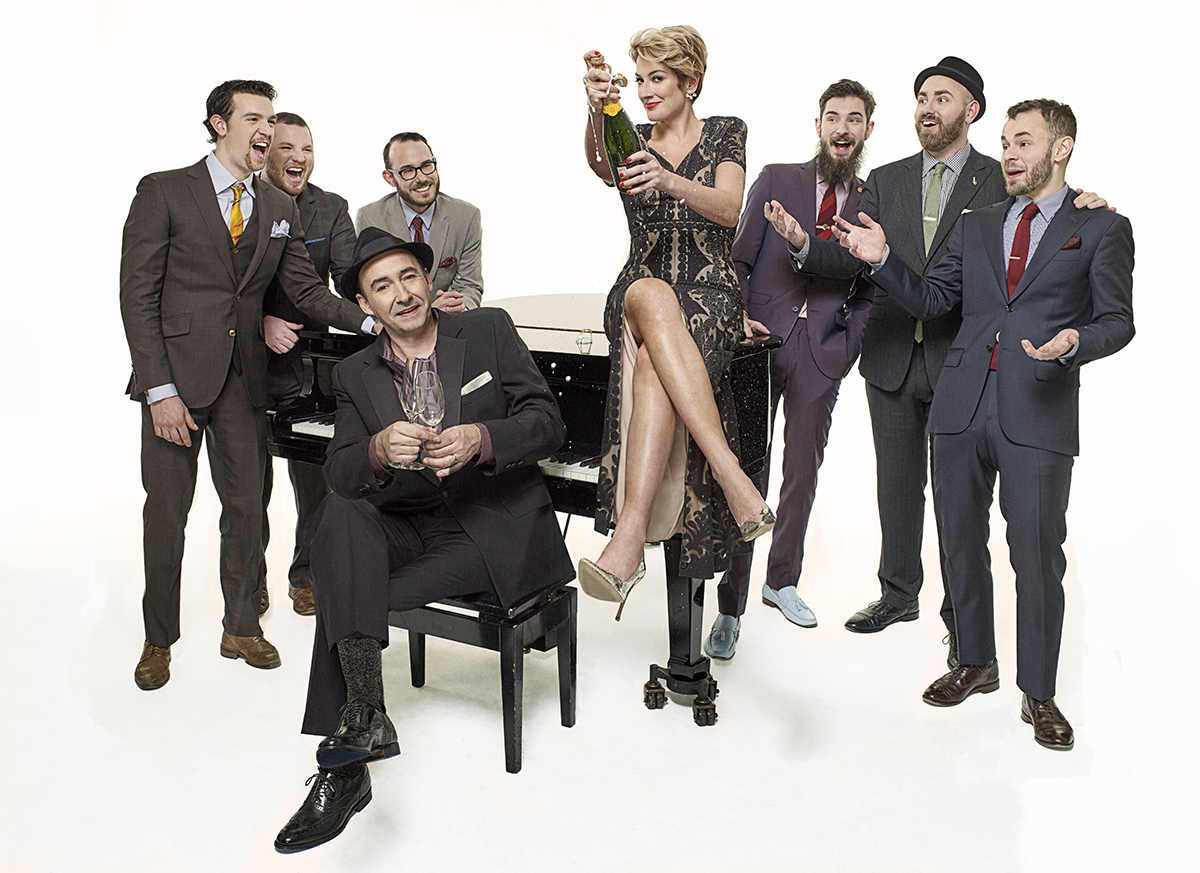 Responding to Craigslist ads doesn’t always work out this well.

But that was the catalyst for The Hot Sardines, whose lead singer Elizabeth Bougerol and bandleader Evan Palazzo both showed up to a jazz jam advertised on the site.

“We started doing open mics and the journey really grew from there, quite unplanned and really organically,” said Palazzo in an interview earlier this month with WAMC. “We’ve been pinching our cheeks and having a ball, going on our third year of touring.”

That tour has included recent stops at Tanglewood and the Blue Note Jazz Festival, and Chautauqua Institution, where the “little scrappy jazz band” — Palazzo’s words — will play at 8:15 p.m. Tuesday in the Amphitheater.

“We were just both two people who had always loved this music, had played it privately and were looking to do something with it,” Bougerol told NPR’s Scott Simon during a recent segment of “Morning Edition.” “And really, originally, … each of us wanted to find one other person … to kind of jump in the pool with.”

The band now includes eight to nine “sardines” (including a tap dancer), and a sound best described as simultaneously old and new. They’ve been lauded by JazzTimes, The London Times and Forbes, and their debut, self-titled album spent more than a year on the Billboard Jazz Chart.

Drawing on music of the early 20th century — Ella Fitzgerald, Louis Armstrong, Billie Holiday, Fats Waller — The Hot Sardines are big and brassy, soulful and spirited. They tackle original pieces as well as covers, reinventing the classics (Oklahoma’s “People Will Say We’re In Love” becomes an up-tempo tango, for example, and a more recent classic — Robert Palmer’s “Addicted to Love” — gets a swinging horn arrangement).

“We’re very aware that it’s 2017 and we try to present a high-energy show for modern audiences with all of our modern sensibilities,” Palazzo said to WAMC. “We’re not trying to reproduce the past so much as present it, because today I think it’s relevant, this kind of beautiful music (and) hot rhythm.”

In a press release for their 2016 album French Fries and Champagne, the band says the title is a reminder that “when the going gets tough, a little decadence is balm for the soul.” The title also indicates the duality of the band, Bougerol said: glamorous and gritty.

“When we started out as a band, we played illegal parties in these secret spots in Brooklyn. Down and dirty, and that was one of the reasons we loved it,” Bougerol said in the release. “Cut to a few years later and we were invited to play with the Boston Pops. We came up with the idea of half of the album being lushed out with strings, and on the other half, going back to our roots.”

The end result is a “grab bag” of the sounds they love, Palazzo told WAMC, “shamelessly” mixed together.

Palazzo said one of the core tenants of the group is that not everyone is playing all the time — except for “the big moments.” The result is a performance that can go “all out” or be brought down, depending on the song and mood. Improv, as in any jazz ensemble, is key, which means the audience in the Amp will have a singular experience.

“It’s usually our goal to try and feel how that audience is feeling, and then sort of meld with them,” Palazzo told WAMC. “We’ll sometimes change our setlist in the middle of the set because we realize this is the vibe that’s really happening tonight, not the one we planned, so let’s go with it. And that’s sometimes our best shows, when that happens. We’re open to anything. It’s a party.”