These ain’t your grandmother’s opera singers.

No spears here. No pointy helmets or togas, either. Instead, these opera singers are outfitted in cross trainers and racing bibs.

At 8 a.m. Saturday, in a continuation of its Opera Invasion events, the Chautauqua Opera Company invades the Old First Night Run/Walk. General and Artistic Director Steven Osgood will lead Chautauqua Opera Young Artists in the race, halting the group at various points to serenade watchers and runners alike with operatic song.

“That’s why we’re out doing what we are, showing them who we are,” Osgood told the Daily earlier this season.

Included in “them” are young Chautauquans who may have never experienced opera before.

In addition to the “So You Think You’re Louder Than an Opera Singer?” competition held earlier this month at Boys’ and Girls’ Club, the “invasion” of Old First Night Run/Walk, according to Osgood, shows the younger community that an opera singer is someone having a good time.

“The world of opera is extraordinarily broad,” Osgood said. “I want to make sure that, when someone comes to Chautauqua, they understand that opera is fun and accessible and young.”

Running nearly three miles and singing a handful of songs is certainly a young person’s game. No spears needed. 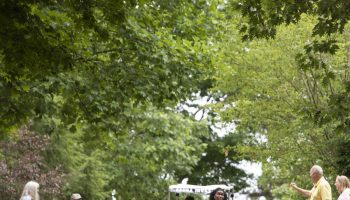 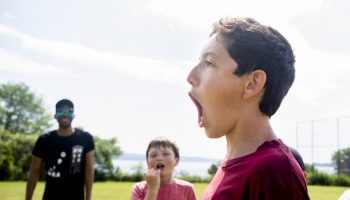