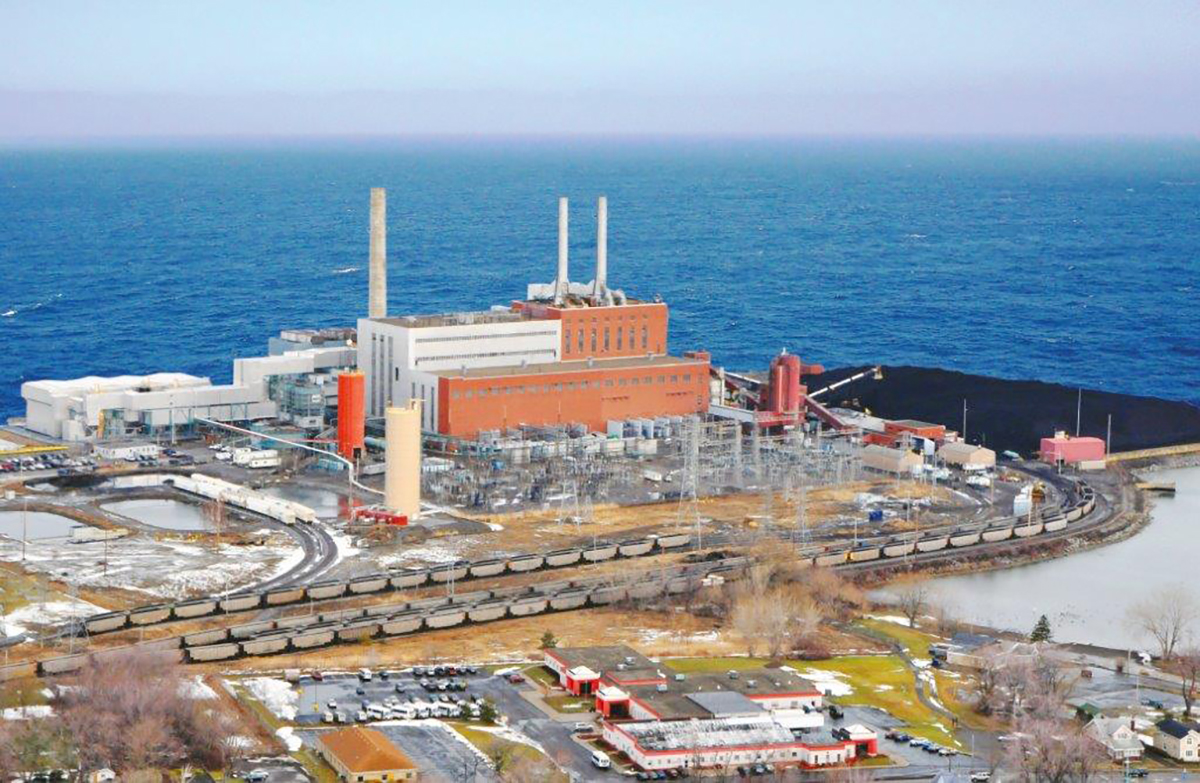 In 1950, a power plant in Chautauqua County began generating electricity on the shores of Lake Erie, running on the country’s main power source at the time: coal.

Now, the plant – located about 20 miles northeast of Chautauqua Institution in Dunkirk — is set to transition to natural gas power at a time when coal is on the decline and cleaner energy sources are on the rise in New York.

The energy company NRG, which owns the power plant, is moving forward with its plan to convert the originally coal-fired plant to be fueled by natural gas after several years of setbacks.

“From the outside, it would not look much different after conversion except for some obvious gas lines and the lack of a coal pile,” said David Gaier, an NRG spokesman.

Natural gas power, cleaner and cheaper than coal, presents both environmental and economic benefits to the region. Others, however, contend that natural gas presents its own risks and that the power conversion at Dunkirk is unnecessary.

“It’s not a prudent way to go when there are really better energy sources that are cleaner, cheaper and more reliable,” said Lisa Dix, senior New York representative for the Sierra Club.

The plan to repower the facility would involve converting three out of its four coal units to run on natural gas as their “primary fuel source,” Gaier said. The other unit would be permanently deactivated.

The converted plant would generate a total of 435 MW, or megawatts, at a given time. Since 2012, though, the plant has remained temporarily inactive, or “mothballed,” after NRG announced the coal-fired operation was losing money.

While coal is a relatively small source of electricity in New York, natural gas is the largest. About 35 percent of electricity generated in the state comes from natural gas, compared to about 0.5 percent from coal as of April, according to data from the U.S. Energy Information Administration.

In 2014, the New York Public Service Commission approved a proposal by NRG and the electricity company National Grid to repower the Dunkirk plant for natural gas use, PSC spokesperson James Denn said. Per the plan, National Grid would pay NRG about $150 million over 10 years.

That plan stalled for several years after another energy company, Entergy, sued the PSC, arguing that making National Grid customers cover the plant’s costs was “unlawful.” Last fall, the company withdrew the lawsuit, allowing NRG to pursue the project again.

However, the repowering could take more than two years to come to fruition. The New York Independent System Operator, or NYISO, needs to conduct a study before upgrades can take place, Gaier said, a process that typically takes about 24 months.

“We have been working diligently, re-engaging with all the stakeholders on the project,” he said.

In May, the NYISO granted more detailed planning and permitting to occur on the project, said State Sen. Cathy Young, who has pushed for the natural gas repowering since 2012.

The transition from coal in Dunkirk goes along with the state’s energy initiatives. In 2016, Gov. Andrew Cuomo announced the state would phase out all coal-fired power plants in the state by 2020. Only three such plants were active last year.

“The governor has done a really important thing for New York in agreeing to phase out coal,” said Dix, who also works for the Sierra Club’s Beyond Coal campaign. “Not only is phasing out coal in New York going to help protect our air and water and our children and families, but also coal is one of the greatest contributors to climate change.”

When the Dunkirk plant first opened in 1950, coal power generated nearly 46 percent of electricity in the country, making it the largest power source at the time, according to the Energy Information Administration. By last year, though, natural gas had overtaken coal in that regard, generating about 34 percent of electricity compared to coal’s 30 percent.

No coal mining occurs in New York, so coal is often shipped in from other states such as Pennsylvania, according to the agency.

Though coal is dwindling in the state, its use still presents risks to the environment and public health, as it has for decades. Coal-fired power plants contribute to air and water pollution, and have been shown to cause adverse health effects due to fine particle pollution, according to a report from the Clean Air Task Force.

Emissions of gases such as sulfur dioxide and nitrogen oxides, found in small particles released from coal-fired power plants, are shown to cause heart attacks, cardiac diseases, lung cancer and increased risk of premature death, according to the report.

In 2011, the year before the Dunkirk plant was mothballed, it released 2.05 million metric tons of carbon dioxide into the atmosphere, according to a report from the PennEnvironment Research & Policy Center. Such power plant emissions are a major contributor to climate change, the report states.

Though the repowered plant would primarily run on natural gas, Dix isn’t convinced that means coal won’t be used as a fuel source. The plant may use coal when natural gas shortages occur, according a June 2014 order from the PSC.

“It’s not really technically a repowering,” she said of the project. “It allows NRG to burn both coal and gas.”

However, the repowered plant would still reduce “most emissions” by about 90 percent on an annual basis, Gaier said.

The repowered plant offers several economic benefits to Dunkirk and the surrounding region. It would create jobs, provide a stable tax base for the city and maintain the reliability of the electrical system in western New York, Gaier said.

Before the plant was mothballed, it was the county’s largest taxpayer, County Executive Vince Horrigan said. Repowering the plant is crucial for maintaining PILOT agreements, or payments in lieu of taxes, that help fund services in Dunkirk and the county, he said.

Such payments from NRG have been reduced in recent years while the power plant is inactive. In March, the county’s Industrial Development Agency approved a new PILOT agreement in which NRG will pay $420,000 to the Dunkirk City School District, city of Dunkirk and Chautauqua County annually during the repowering, according to the Dunkirk Observer.

“PILOT payments are huge,” Horrigan said. “From our perspective, we’re very happy to see that this project is moving forward.”

Young, who represents Chautauqua County, also established a fund from the state to “ease the burden” of the plant’s inactivity on local taxpayers that totals $45 million this year, according to a New York State Senate press release.

“It’s going to be a very clean power plant and that’s great for our residents,” Young said. “It stabilizes our tax base and ensures that we can produce the power that we need in western New York so that we can grow our economy.”

Horrigan said the plant would provide a strong and reliable energy source for western New York.

“The reason why the power plant is so critical is it provides a very stable energy source that helps us really be a responsible energy consumer and producer,” he said.

Dix, though, asserts that the plant isn’t necessary for improving the reliability of the region’s electrical system. After the plant was mothballed, National Grid performed transmission upgrades that improved reliability, she said.

The Sierra Club and 20 other organizations filed a public comment in December urging the PSC to end the project, arguing that power generation at Dunkirk isn’t needed, partially due to other renewable energy projects in the county, such as wind farms.

“It would be deeply unjust and wholly unreasonable to require ratepayers to expend over $200 million to prop up an unneeded, uneconomic, and environmentally harmful coal and gas facility,” the comment reads, referencing the financial agreement between NRG and National Grid.

The project would also involve constructing a pipeline to bring natural gas to the plant, Gaier said. While western New York produces some natural gas, most used in the state is sourced from other states, namely Pennsylvania, according to the EIA.

“Exactly where that gas comes from is to be determined,” Horrigan said regarding the plant.

Gas coming from outside the state is largely produced through hydraulic fracturing, or fracking, which was banned in New York by Cuomo in 2014. Fracking involves inserting liquids at high pressures to break up the rock shale underneath the earth to extract oil or natural gas. Both fracking and natural gas pipelines can have negative impacts on the environment, according to the EIA.

“Why would we want to build a natural gas pipeline that has huge environmental impacts to our water quality and is importing fracked gas into New York for a plant that is not needed anymore to provide reliable energy to New York?” Dix said.