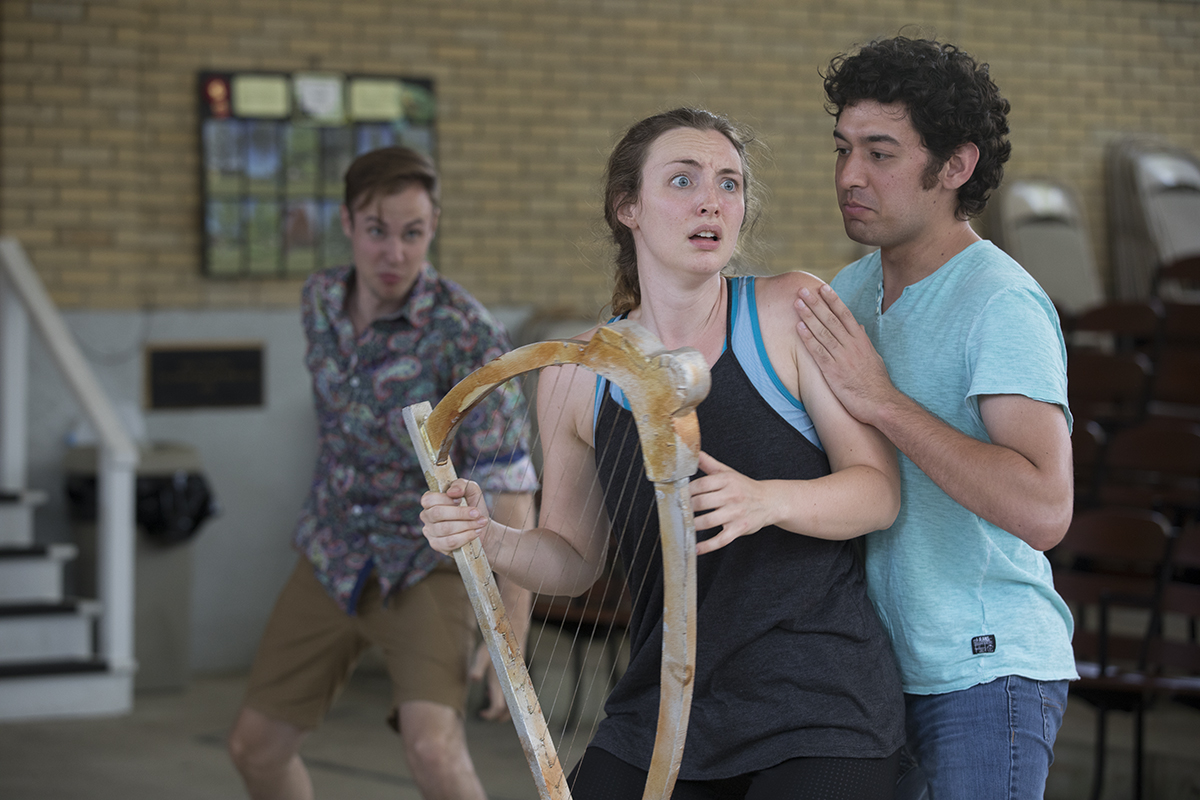 And the award for best director goes to …

At 5 and 7 p.m. Tuesday in Smith Wilkes Hall, the Chautauqua Opera Company will hold a Family-Friendly Opera Revue for the Family Entertainment Series, and Chautauquans both young and old have the chance to be more than just audience members. They will steer the course of the show itself, controlling the action in the fashion of a  “choose your own fate” story.

Six Chautauqua Opera Young Artists will be prepared to present three different arrangements of the tale of Orpheus, the same tale that Chautauqua Opera premiered in the Amphitheater on Saturday evening in the form of Respighi’s realization of Monteverdi’s L’Orfeo.

Voth, a vocal coach and accompanist with Chautauqua Opera, will serve as music director for Christoph Willibald Gluck’s Orfeo ed Euridice, which premiered in 1762. She will be joined by vocal coach/accompanists Dorothy Randall and Miriam Charney. Randall will serve as music director for Jacques Offenbach’s 1858 production Orpheus in the Underworld and Charney for Respighi’s 1935 realization of Monteverdi’s L’Orfeo.

Across the three arrangements, the overall story does not change. What is different, depending on the arrangement, is how Orpheus’ journey unfolds. At certain times, each composer has chosen a different way to advance the narrative. It is because of these differences that audience participation, especially from young Chautauquans, will be so important.

Chautauqua Opera’s Managing Director Michael Berg, who helped develop the program, will play the part of a befuddled and frustrated author-as-narrator. In trying to tell the tale of Orpheus, Berg’s author won’t be able to figure out where to go next. His only hope for being able to move the story forward will be to elicit guidance from those in attendance.

Because of this format, young audiences will learn about more than opera.

It gives the kids a chance to make choices about stories, about narrative.

“They have the chance to say, ‘I can be involved in what people are doing in art right now,’ ” Berg said.

For an art form that can be seen as inaccessible, the program’s use of opera as a vessel for something larger serves as an entry point for understanding that doesn’t commonly exist in opera education.

Teaching kids about opera usually means providing a definition, explaining the idea of an aria, demonstrating the voice of a soprano or the voice of a baritone.

“That’s very drastically and intentionally not what we’re doing this year,” Berg said. “We’re asking kids, ‘What is narrative?’ It’s not just plot. It’s not even just characters. It’s motivations and different scenarios and all of this complexity that goes into telling one story. For kids to explore that is going to be really neat.”