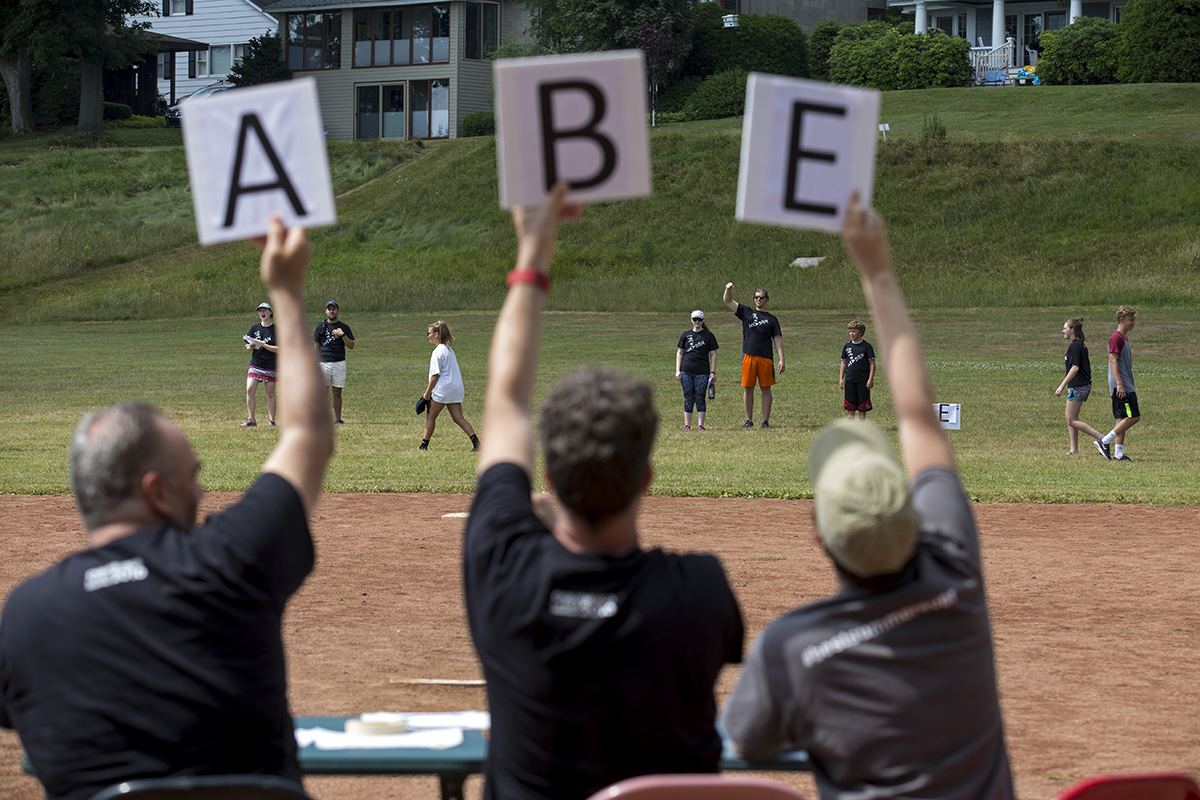 Judges Todd Thomas, left to right, Steven Osgood and Ashley Rohm hold up cards announcing the winners of the So You Think You're Louder than an Opera Singer event Thursday, July 7, 2016, at Sharpe Field. During the event students from the Boys' and Girls' Club competed against each other to see who could sing the loudest. MIKE CLARK/DAILY FILE PHOTO

It will be a fight to be heard.

At 10:30 a.m. Wednesday at Sharpe Field, members of the Boys’ and Girls’ Club will go head to head with the Chautauqua Opera Company’s Young Artists to see if they are what many of their parents already believe: louder than an opera singer.

Clubbers will be given a word or short phrase to sing and receive a small bit of coaching from Young Artists not participating in the event. Then, it’s up to the boys and girls.

Standing at one end of Sharpe Field, competitors will sing their part across the field as loud as they can. Judges will sit at the other end of the field, ready to determine who they can hear best and thus, who sings the loudest.

The event, “So You Think You’re Louder Than an Opera Singer?,” is a continuation of Chautauqua Opera’s Opera Invasion series.

Now in its second season, Opera Invasion performances bring opera out of the concert hall and onto the grounds of Chautauqua Institution in unique locations (the porch of the Athenaeum Hotel, Bestor Plaza, the Old First Night Run/Walk). Chautauqua Opera administration hopes Invasion events give community members who may not otherwise be exposed to it a chance to experience and become interested in opera.

This includes younger Chautauquans like those competing against the Young Artists.

Don’t expect peace and quiet at Sharpe Field on Wednesday morning. The battle to be loudest will be fierce.