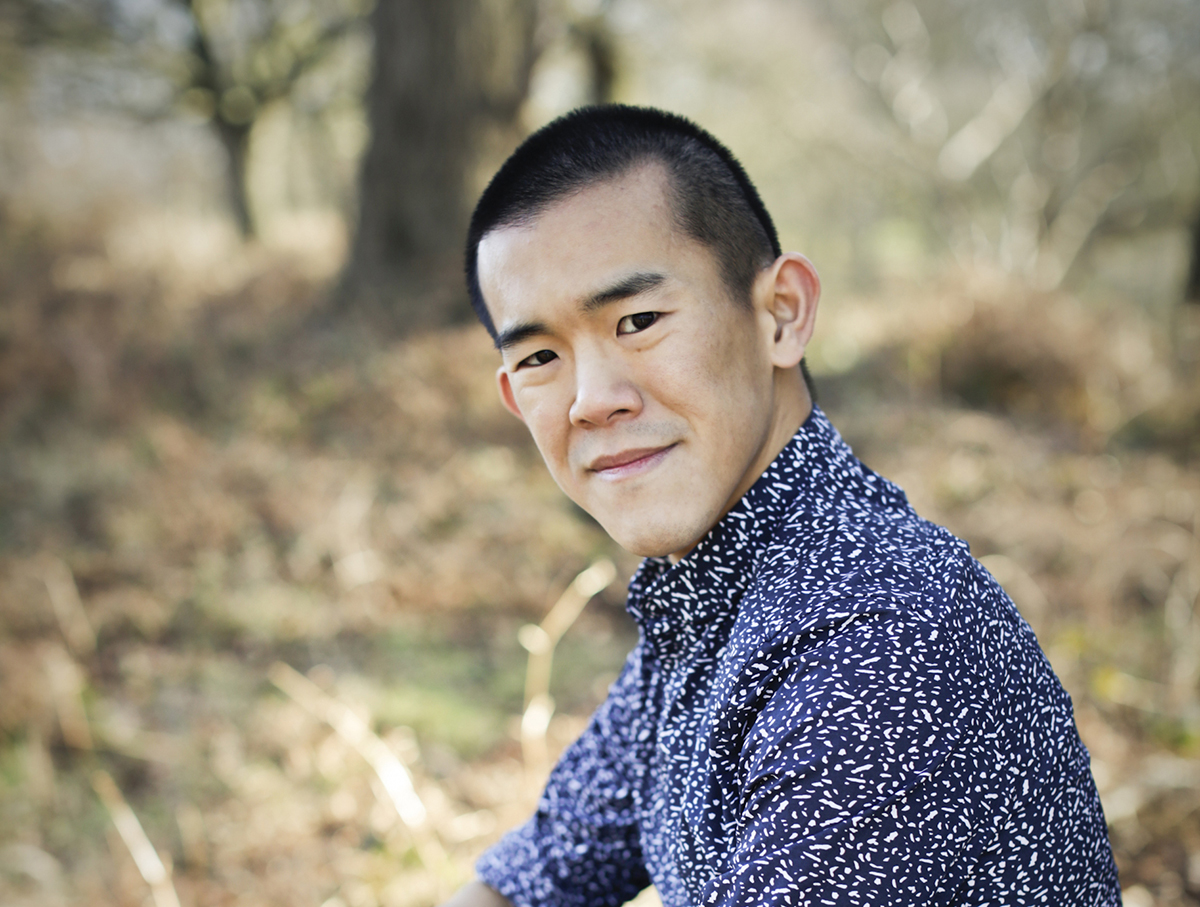 In section 51 of his free verse masterpiece “Song of Myself,” Walt Whitman declared, “I am large, I contain multitudes.”

Science writer Ed Yong takes this phrase and view of the world in his book, I Contain Multitudes: The Microbes within Us and a Grander View of Life, which is Week Two’s Chautauqua Literary and Scientific Circle selection. Yong will discuss his work at 3:30 p.m. Thursday in the Hall of Philosophy for Week Two’s CLSC Roundtable.

As a staff member of The Atlantic, Yong reports on scientific issues with depth — and a sense of fun. A few of his recent pieces include “How a Frog Became the First Mainstream Pregnancy Test,” “The Myth That Humans Have Poor Smell Is Nonscents” and “Why Are Bird Eggs Egg-Shaped? An Eggsplainer.”

I Contain Multitudes offers a microscopic and focused examination of microbes, organisms that were once thought of simply as germs to be destroyed. Recent developments in the field of microbiology have forced the scientific community to reconsider the role of microbes and how they benefit life on Earth.

Sherra Babcock, vice president and Emily and Richard Smucker Chair for Education, believed I Contain Multitudes would be of interest to Chautauquans because it offers a look at “the community of me,” which she said is a different way of approaching this year’s vertical theme of “Community.”

She said Yong’s book also fits well with Week Two’s National Geographic programming. While the morning lectures explore the outside world, Babcock said, I Contain Multitudes takes an inside look.

“If you wanted to do National Geographic on the tiniest possible scale, it would be the microbiome,” Weinberg said.

Weinberg is a scientist who is currently “very excited about microbes and the microbiome.” He’s working on two books: a book of science titled Microbiotics, as well as a science fiction novel that is inspired by microbes. Last summer, he gave a Science Group presentation for the Alumni Association of the CLSC titled “The Microbiome: Do You Know the Real You?”

“In my opinion, everybody needs to know about them,” Weinberg said.

A perfect example of microbes at work, Weinberg said, is the fecal microbiota transplant. It’s an area of microbiology that Yong discusses in his book. The procedure is used to treat people afflicted with Clostridium difficile infections, which cause diarrhea and abdominal pain.

The popularization of the fecal microbiota transplant is fairly recent. The Food and Drug Administration began regulating fecal matter in 2014, according to Mark B. Smith, Colleen Kelly and Eric J. Alm of Nature.

But the Chinese treated patients afflicted with fecal diseases with yellow soup, Weinberg said, or “soup made of poop,” as early as the fourth century. As with the modern fecal microbiota transplant, the exposure to healthy bacteria helped regulate the digestive system. In I Contain Multitudes, Yong writes that some variation of the procedure has been taking place for around 1,700 years.

While microbiology has obvious roots in the past, it’s the future of the field that excites Weinberg. There’s been an upswing in research initiatives, he said, including a National Microbiome Initiative established by the Obama administration in 2016, and, more locally, a new research center at SUNY Buffalo dedicated to exploring the human microbiome.

What’s most exciting is that there’s been a major shift in scientific thinking about microbes, Weinberg said. Dutch scientist Antonie van Leeuwenhoek was the first person to see the microbe with a microscope and helped establish the study of microbiology in the 17th century, but the field is becoming more and more complex, Weinberg said.

“Up until very recently, most scientists thought of them as dangerous pathogens and killers,” Weinberg said. “We don’t look at it that way now. It’s very different. The number of ‘bad guys’ is believed to be much fewer than the number of ‘good guys.’ ”

The “good guys” and “bad guys” dichotomy may be too simple when it comes to microbes because it does not allow for contradictions and complexity. Yong discussed this idea in an interview with Mindy Weisberger for Live Science:

“For a long time, people feared microbes; we thought of them as germs to be destroyed,” Yong said. “Now, there’s a counternarrative of microbes as being friendly and beneficial. I think the truth lies in the middle — these are organisms that don’t have our interests at heart. They’re living out their own lives.”

This middle road is what Yong explores in I Contain Multitudes. Bethanne Snodgrass remarked on this approach in her mini-review of the book for a CLSC Brown Bag on Monday.

“The author’s real mission is to get us to consider a more radical notion: we are multitudes,” Snodgrass said. “You think you know yourself, your habits and your moods. And if you tried to explain yourself, you’d probably mumble something about your genes and your upbringing and your surroundings and your choices. But none of is actually all that important compared to the impact of the particular complement of microbes in your body.”

Weinberg said it’s great that readers are seeking out I Contain Multitudes, which offers an introduction to the world of microbes.

“It’s all understandable, and his prose is just excellent,” Weinberg said.

Reading Yong’s work also means that more people might realize the importance of the human microbiome and the role it can play in shaping the future, Weinberg said.

“When we say we have a ‘gut feeling’ — believe it,” Weinberg said. “The microbes are talking to you.”