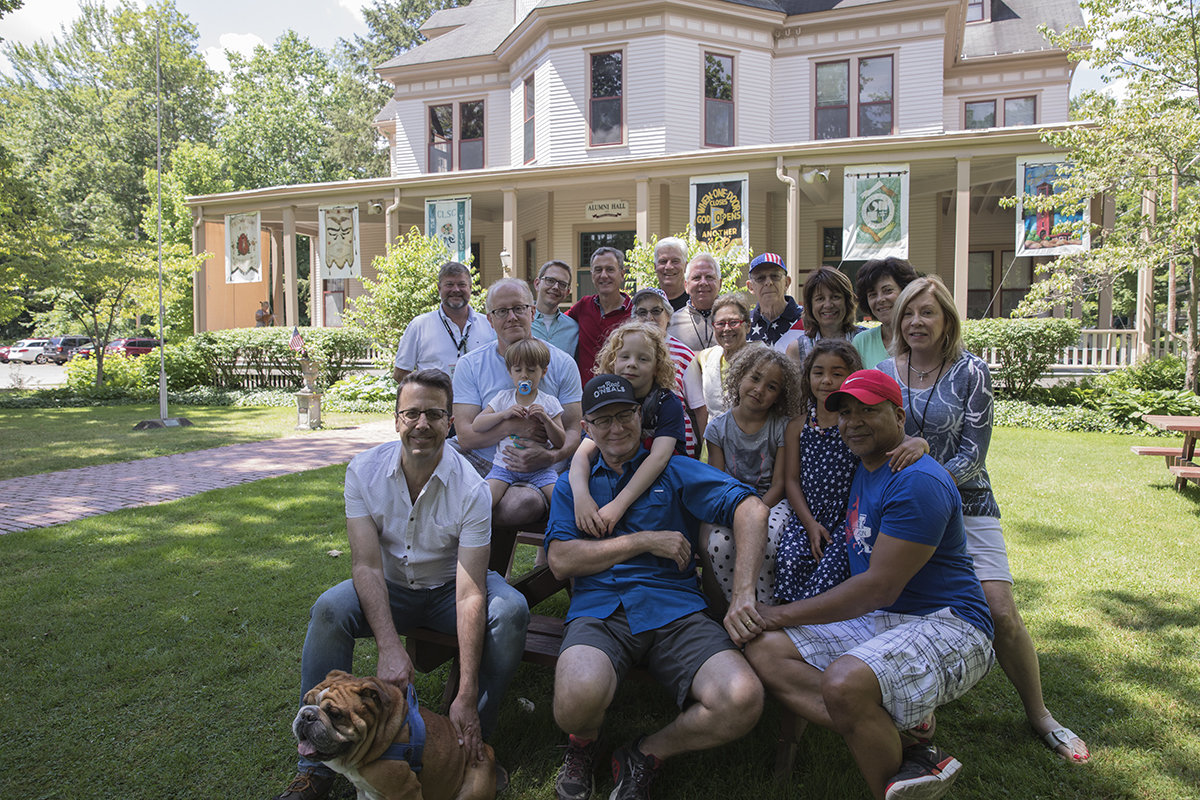 Ed Yong looks at life from a microbial perspective.

In his book, I Contain Multitudes: the Microbes Within us and a Grander View of Life, Yong breaks down life on earth to the miniscule microbes that animate it. In doing so, he presents a viewpoint that focuses less on the individual, and instead gives a new, interconnected and interdependent perspective on the world.

Yong will present this perspective at 3:30 p.m. Thursday in the Hall of Philosophy as part of the Chautauqua Literary and Scientific Circle Roundtable. His presentation is sponsored by Chautauqua’s LGBTQ and Friends Community.

This is the first time the LGBTQ and Friends Community has come together to sponsor a programming event. Individual members have sponsored events in the past, but never have they sponsored anything under the group’s name before.

Yong’s talk is the first of two programming events the group is sponsoring this summer. They are also sponsoring the Rt. Rev. V. Gene Robinson’s Interfaith Lecture on July 26.

“I think one of the exciting things … is that we have grown in numbers and we’ve grown in clarity of what our mission is, and how we fit within the larger Chautauqua experience; and that’s led us to want to participate more in programming,” Britton said.

The group’s recently formalized mission, according to Britton, is to “expand diversity within the greater Chautauqua community by creating a sense of welcome and shared community for LGBTQ people; and, by educating family, friends, allies, teachers, pastors and others through dialogue about the LGBTQ community and experience.”

According to Jeffrey, the LGBTQ community at Chautauqua goes back decades, but it is only in the last 30 years they have begun to develop a public presence.

“A lot of kids that grew up here — I can think of people who are now in their 70s and 80s — they’re part of the Community,” Jeffrey said. “(But) they were never really out, or there wasn’t a public presence here until about the mid-1980s.”

The LGBTQ and Friends Community hosts weekly events such as Brown Bags on Tuesdays and meet and greets on Sunday evenings.

This year the group is officially sponsored by the Universalist Unitarian Fellowship of Chautauqua. Part of the charter of the UU Fellowship is to reach out to the LGBTQ community and promote diversity. For the last several years, they have hosted weekly meetings on Thursdays for the Parents and Friends of Lesbians and Gays (PFLAG). Sponsoring the LGBTQ and Friends Community this year is in keeping with the UU Fellowship’s goal, as stated on its website, to “take intentional steps to become more welcoming and inclusive of people with marginalized sexual orientations and gender identities.”

The UU Fellowship’s efforts are reflective of the welcoming culture that both Britton and Jeffrey said they have experienced at Chautauqua Institution. When Britton first came to Chautauqua in 2008, she found herself initially wary and taken aback by the number of religious houses that were so prominent on the grounds.

“Organized religion has never been a friend to gay people,” Britton said. “But I couldn’t have felt more welcome.”

Britton said people at Chautauqua simply want to learn and educate themselves about LGBTQ people and their community.

“They want to talk,” she said. “They want to know who we are, what makes us tick, how do we feel about things. It’s just … completely different from what I would have imagined. It’s kind of like, ‘Ooh, I’ve never had lesbians for dinner, would you come over?’ People really reach out.”

Jeffrey attributes this welcoming acceptance, in part, to the religious exclusion that existed here until the early 1970s.

“There was a time here where if you were Catholic or if you were Jewish you couldn’t have property,” Jeffrey said. “As that population grew here, there are now people … (who know) that struggle. Not our struggle, but the struggle of being held at a distance.”

Finding this common ground between the LGBTQ and Friends Community and the broader Chautauquan community, and providing a place where dialogue and learning can take place are two of the group’s main goals.

“I think every denominational house has sent someone … to learn more so they can go back to their congregation and have more sensitivity to the questions … ‘How do you approach gay and transgender members of the congregation? How does the church congregation support their families and make them feel welcome?’ ” Britton said. “Then of course we have parents coming and asking questions, and grandparents.”

As issues of gay marriage and equality have become part of the national agenda in the United States in recent years, more people have been forced to grapple with where they stand on such issues. For Jeffrey, one of the biggest roles the LGBTQ and Friends Community has played is simply introducing people to members of the LGBTQ community that they otherwise would not meet.

“I think part of why we’ve been doing what we’re doing is also to let people know … that we’re here,” Jeffrey said. “We’re part of the community, and that other than maybe a few differences, we’re good Chautauquans. I think that’s sometimes a struggle for people if they’ve never been introduced to the community before.”

Britton related the purpose of the LGBTQ and Friends Community to the message she took from Yong’s book.

“The book leaves you with this overall feeling that we truly are a global species and that everybody’s connected,” Britton said. “We are diversity, all of us. We are interconnected. That’s just a great message for the gay community and for the community at large.”