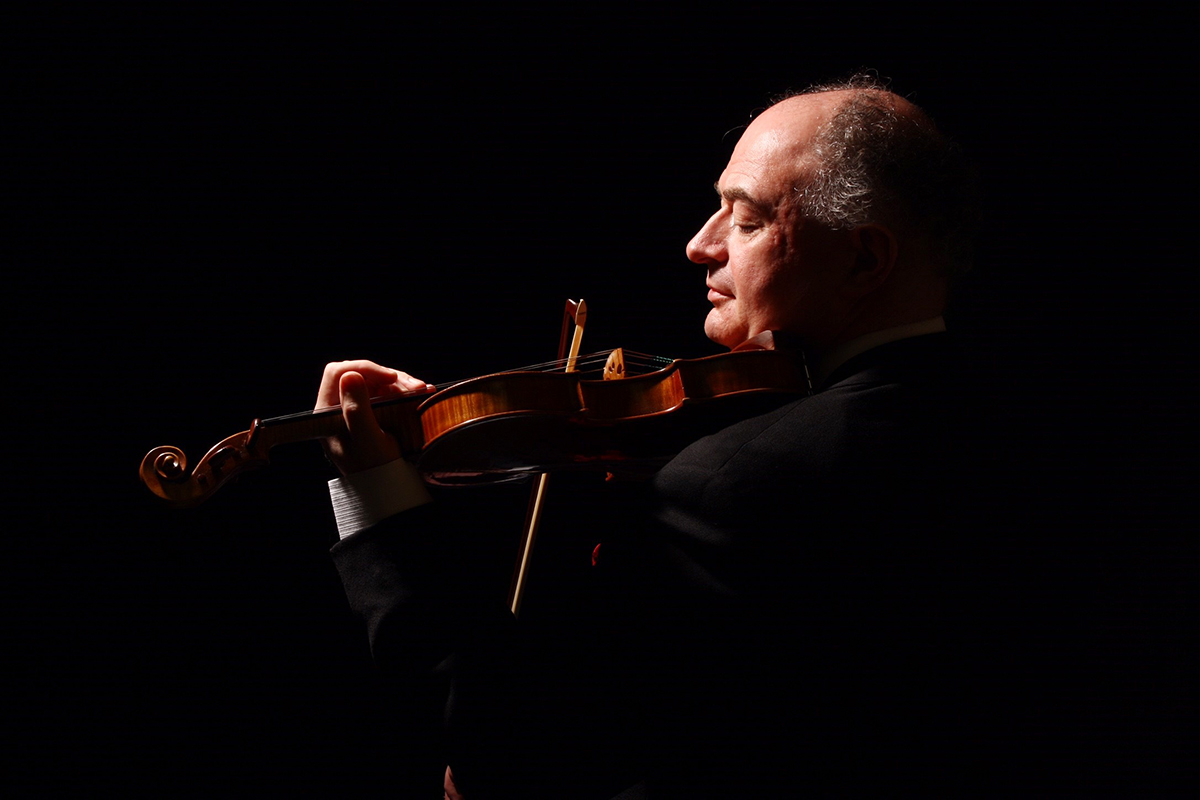 When Ilya Kaler came to Chautauqua for a solo violin performance in 1994, he began more than a professional relationship with the Institution.

He met his wife.

Since then, Ilya and Olga Kaler have been spending most of their summers here, Olga as a violinist in the Chautauqua Symphony Orchestra, and Ilya teaching in the School of Music. Ilya Kaler will hold a violin master class at 2 p.m. Friday in McKnight Hall.

While Kaler said the Institution is special for him and his wife both professionally and personally, he said the “cultural oasis” is also a great place for young musicians to study.

“They have a unique experience here,” Kaler said. “They have access to great concerts, and if their interests are a bit wider they can see ballet or drama, or attend lectures.”

Kaler said he always wanted to be a musician, despite a few phases of wanting to be an astronaut, surgeon or “whatever caught (his) fancy.” His father was a violinist in one of the major orchestras in their native city, Moscow, and Kaler said it was through him that he developed a love of music.

Similarly to many kids, Kaler said, he didn’t enjoy practicing at first. But once he learned the technical skills and was able to play a piece all the way through, he found his love for the instrument. He said he realized that practicing could be as rewarding, sometimes even more so, than performing.

Kaler’s practice paid off and he was the Gold Medal winner at the 1986 Tchaikovsky Competition in Moscow, the 1985 Sibelius Competition in Helsinki and the 1981 Paganini Competition in Genoa. Winning these competitions helped launch Kaler’s professional career, but he said he never thought of himself exclusively as a concert soloist.

In addition to his solo appearances with distinguished symphonies across the globe, he’s a member of the Tempest Trio along with cellist Amit Peled and pianist Alon Goldstein. Kaler has also made at least 18 recordings with Naxos records.

“I’m happy with my professional life because I’m doing a lot of things,” Kaler said. “I play my recitals and I teach. The variety of activities within my profession is rewarding and it gives me the experience that helps me guide and coach young violinists.”

Kaler said it is important for young musicians to remember that “music is not just a profession, it’s a lifestyle.”

Although students have to master technical skills in order to have a successful career, Kaler said those skills “will never communicate warmth and emotion” to the audience. He said students must understand the “place of music in the realm of arts”; how it connects to painting, cinema, literature and theater.

While he said there’s nothing wrong with playing to “please your parents” or to fill a competitive drive, that can’t be the main source of motivation for a student. If it is, he or she will never be a “real artist.”

“Music never leaves you, any time of the day or night,” Kaler said. “You think about it, you hum your favorite melodies, you listen to it, you play it, it’s constantly there. You look to the world through the prism of music.”