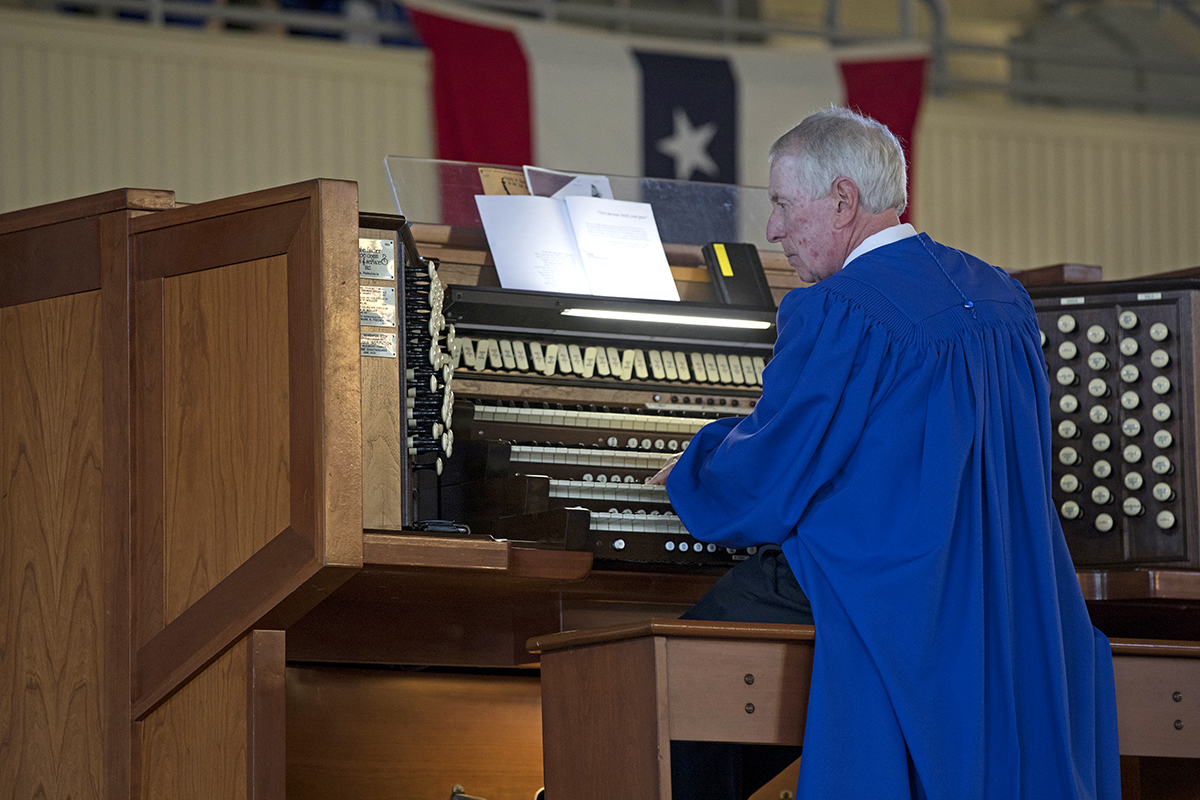 Organist and coordinator of worship and sacred music Jared Jacobsen plays "hymn: Day is Dying in the West" on Sunday, July 2, 2017 in the Amphitheater during the Sacred Song Service. PAULA OSPINA / STAFF PHOTOGRAPHER

Chautauquans heading to the Massey Memorial Organ mini-concert Wednesday should be ready to take a march.

Thankfully, organist and coordinator of worship and sacred music Jared Jacobsen will be there to guide them. The concert, which takes place at 12:15 p.m. in the Amphitheater, will feature of series of marches as part of the theme, “The Massey on the March!” Jacobsen said he has created a program that features a variety of marches that will evoke different emotions.

“Marches have always sounded good on the Massey Organ because of the big effects you can get with it,” Jacobsen said. “But now, in the new building, I’ll have to slow them down a bit, but I can put more space between steps and they should sound better than ever.”

The program will open with “The Liberty Bell March” by John Philip Sousa, who regularly performed at Chautauqua Institution, and will follow with “Triumphal March” from the opera Aida. Jacobsen said the song includes everything you would want and should evoke a feeling of victory, as it was played in the opera when the Egyptians marched the defeated Ethiopians through the streets of Cairo.

Jacobsen will then play two bridal pieces, the classic “Bridal Chorus” by Richard Wagner and a comedic take on it from Martin Setchell.

The program will continue with two more dramatic pieces: “Royal March of the Lion” by Camille Saint-Saëns and “Siegfried’s Funeral March” by Richard Wagner. “Royal March of the Lion” was written as a joke for a party, Jacobsen said, and Saint-Saëns disliked it so much he forbid it to be published until after his death, even though his friends loved it.

“March Past Carmen” by Andrew Wright will be the final march of the program. Jacobsen said it has a Spanish-influenced sound, but is a little different because it features bits and pieces of different operas.