In what has become an annual tradition at Chautauqua Institution, Director of Sacred Music and Jared Jacobsen Chair for the Organist Joshua Stafford is ready to take to the keys and pedals of the Massey Memorial Organ — not for worship or a recital, but to accompany a silent film projected onto the Amphitheater’s screens.

Stafford started playing along to silent films on the Amp stage in 2021 with “Safety Last!” and the Charlie Chaplin classic “Gold Rush.” After a silent Amp in 2020, to perform such light-hearted fare was welcome.

“It really brought me a lot of joy,” Stafford told Daily reporter Nick Danlag after the first film of the summer, “Safety Last!” “After being here last season with absolutely nobody around in an empty Amphitheater the two times we were able to use it, to have a room full of people just laughing their heads off, it was so satisfying. It made me so happy.”

“Steamboat Bill Jr.” is the first Keaton film Stafford will play on the Massey, but several years ago he played a Keaton short for around 500 elementary school students in the Performing Arts Center of San Luis Obispo  — “hearing the howls of laughter at this movie from the ’20s, it was so great,” Stafford said about that experience.

“Steamboat Bill Jr.” — in which the son of a cantankerous riverboat captain comes to join his father’s crew (and hijinks ensue) — wasn’t a box office success; The New York Times even called it a “gloomy comedy” and a “sorry affair.” But over the years, it has grown to be regarded as a masterpiece of its era. It has a 100% rating on Rotten Tomatoes, and was included in the book 1001 Movies You Must See Before You Die.

To prepare for these performances — which are improvised, Stafford told Danlag — the organist will watch the film around five times and think of different themes for different characters and which scene to emphasize.

“I find comedies to actually be the toughest of the silent movies to play because your timing is so much,” Stafford told Danlag. “You have to be so precise with timing if you want to get that slapstick moment just right.”

Ultimately, Stafford said, if it’s done right, the music and the movie will become one.

“At first, it’s a novelty that you’re watching someone improvise this movie, but eventually you sit back into the movie and let it wash over you,” he said in 2021. 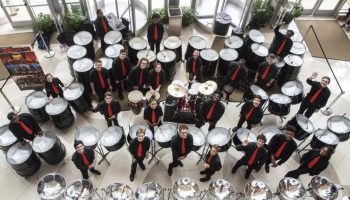 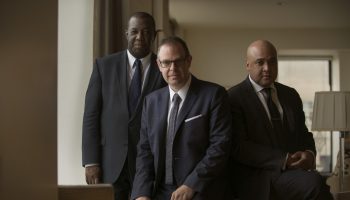