NYSSSA School of Choral Studies to take on Vivaldi, Haydn and modern composers 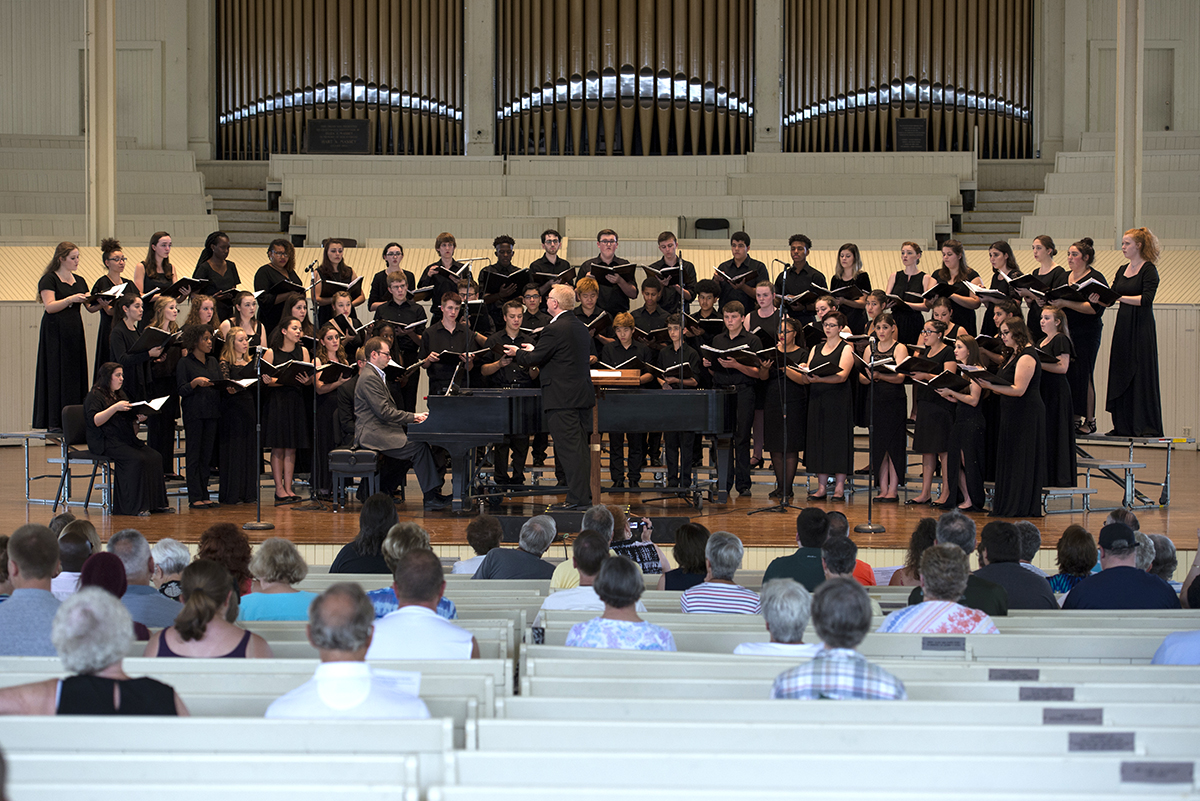 New York State Summer School of the Arts School of Choral Studies performs on July 24, 2016 in the Amphitheater. The NYSSSA is a summer arts residential intensive program in which students can develop skills in their artistic field. SARAH HOLM/STAFF FILE PHOTO

A few weeks ago, Matthew Cullen sat with anticipation as he watched L’Orfeo unfold onstage in the Amphitheater.

“I can’t wait to step foot on that stage,” said Cullen, who visited the grounds to see the opera along with the rest of the New York State Summer School of the Arts School of Choral Studies students.

The group, under the artistic direction of Hugh Ferguson Floyd, will perform at 2:30 p.m. Sunday in the Amp. The group comprises just under 50 students who are spending four weeks of their summer learning more about music. The performance will include three groups: a women’s choir, a men’s choir and a mixed choir.

For several years, the students have been coming to Chautauqua Institution to perform, but every show is a new experience, said Jared Berry, NYSSSA assistant director for administration.

“I think every year is so different because the music every year we perform there is different,” Berry said. “It’s been the same artistic director for the seven of those years that I’ve been here, and he has been there for one year more than that — but we’ve never repeated a piece.”

This year, the repertoire will include classical pieces, songs in different languages and music from modern composers. The women’s choir repertoire includes a “cultural” piece by Chris Kiagiri and Christopher Tin called “Baba Yetu,” and the men’s choir will perform Jussi Chydenius’ piece “The Look,” which is set to a Sara Teasdale poem.

Serving as the focal point of the performance, the mixed choir will take on classical pieces by Vivaldi and Haydn while also exploring newer composers, such as Daniel Elder. Elder created the piece “Lullaby,” which the students have “really grown to love,” Berry said.

Despite students returning from previous years, each year the stage has a different mix of people. Throughout the three years Haven Gotham has attended, she said the program generates an “honest environment” that makes her want to continue performing.

Cullen feels the effects of that honest environment, as well. He said it’s exciting to be able to learn, and everyone in the program is welcoming, too — a feeling that translates into the performance.

“Performing with everyone, you just have this bond,” Cullen said. “It is unspoken because you’re obviously singing, but it’s just knowing you are connected together.”

For Gotham, a particular moment always stands out as the performers belt their final notes.

“I just like when Dr. Floyd gives us looks at the end of our concerts,” Gotham said. “He looks at us in a certain way, and it makes us all feel connected.” 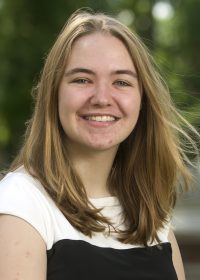 Elizabeth Backo is a senior studying journalism at Ohio University. Backo, who is from Pittsburgh, works at a Sheetz and spends her free time attending way too many country concerts. Her time at Chautauqua will consist of geeking out about analytics and nearly crying every time she sees a dog. Follow her on Twitter and Instagram at @liz_backo.