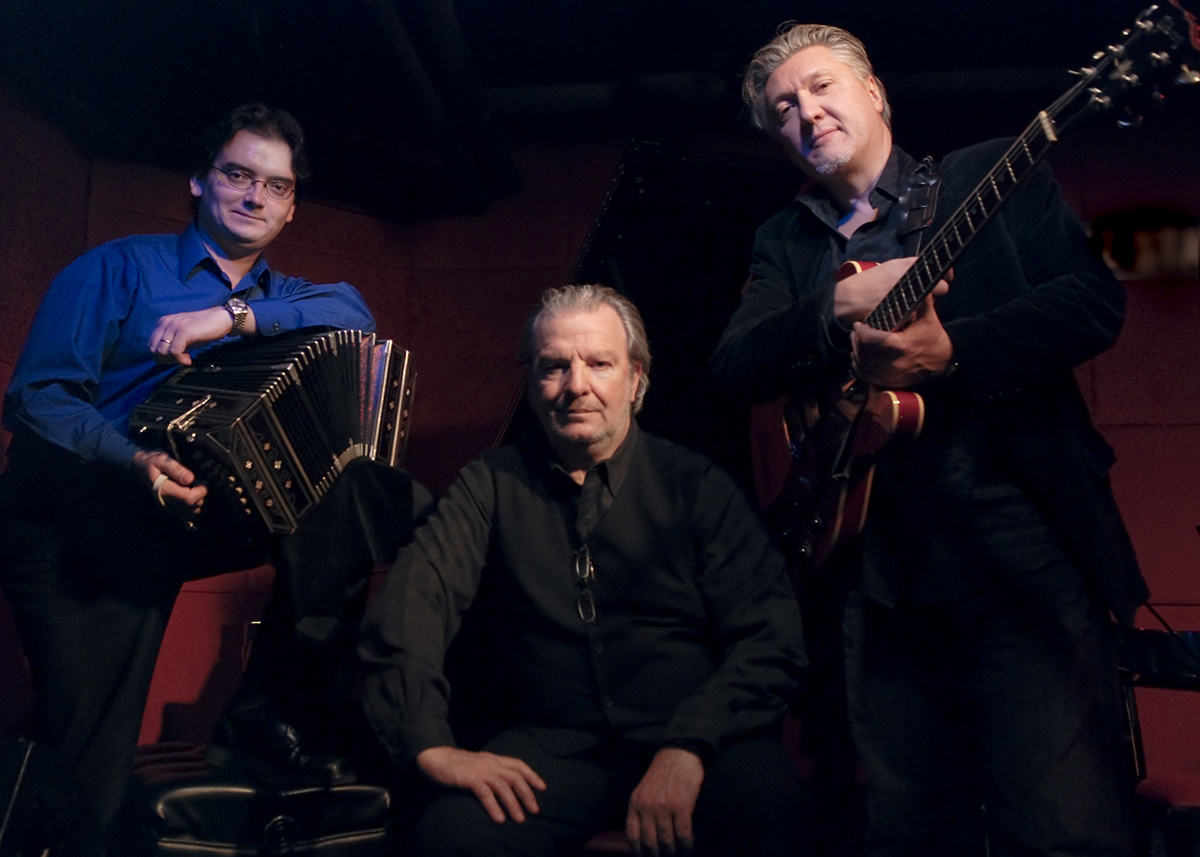 Pablo Ziegler’s musical origins were typical. He began piano lessons at 5 years old, and eventually went on to study at the conservatory in Buenos Aires. He earned a music degree and, thanks to funding from the conservatory, continued his piano studies after graduating. Ziegler was on track to become a touring concert pianist.

Then, his piano teacher died.

“That morning, I was completely lost,” Ziegler said.

Ziegler eventually discovered jazz for the first time, thanks to a friend who introduced him to the music of Duke Ellington.

“And I thought, ‘I want to play this music,’ ” Ziegler said.

At 4 p.m. Monday in Elizabeth S. Lenna Hall, Ziegler and his JazzTango Trio will perform selections from their latest album, as well as pieces by the father of nuevo tango, Ástor Piazzolla.

With his newfound love for jazz, Ziegler started gigging with different groups in Buenos Aires. He organized his own bands and taught himself to play bebop. And he continued to compose and arrange music for other bands.

Ziegler established himself as a composer and arranger across various genres. He arranged music for CBS, Columbia and RCA records.

“I was arranging and composing music for theater, television, for movies,” Ziegler said. “And I was also arranging for classical orchestras.”

Ziegler’s ability to navigate multiple genres has stayed with him.

“I chose to keep those skills,” Ziegler said.

His skills caught the attention of Piazzolla. One day, Ziegler got a call from the man himself.

According to Ziegler, Piazzolla’s music gets more stage time in classical concerts than in jazz or tango performances, which is understandable considering Piazzolla’s classical roots — one of his first teachers was a Rachmaninoff protégé. Piazzolla studied with Argentine composer Alberto Ginastera and, later, Nadia Boulanger in Paris, whose dozens of students included Aaron Copland, Louise Talma, Ned Rorem, Philip Glass, and just about every other important American composer of the 20th century.

Piazzolla successfully combined tango and classical music. One way he accomplished this was simply by transplanting tango from dance halls to the concert stage.

“He changed tango history,” Ziegler said. “If you see the way he was composing and arranging, it’s like chamber music. It’s incredible.”

Piazzolla had some advice for Ziegler: Focus on the music from your history, from Buenos Aires.

“I turned on the radio, and I started to listen with my brain and with my soul,” Ziegler said. “I tried to compose some kind of music that described myself and my country.”

The result was a blend of classical, jazz and tango. In his piece “Buenos Aires Report,” for example, Ziegler uses dissonant clusters of notes for rhythmic effect, much as Ginastera did in his “Danzas Argentinas.” In a piece called “Desperate Dance,” Ziegler unpredictably shifts between measures of eight and seven pulses.

His music also blends composed and improvised elements. No two performances are ever the same.

Ziegler toured and performed with Piazzolla’s quintet for more than a decade.

“He came from Europe to organize a new group — a quintet — with more color and tango influence,” Ziegler said. “It was a little more authentic.”

Three years after retiring, Piazzolla died. Ziegler decided to recruit musicians for his own trio, and he looked for talent in his native city.

“I found my bandoneon player in Buenos Aires many, many years ago. He was pretty young, like me,” Ziegler said. “He was a student of one of the guys I called when Piazzolla died and I was trying to organize my first group. We played a number of times, and he recommended one of his students.”

Jazz and tango both share a rich tradition as dance genres. But Ziegler still had to teach his new group how to improvise.

“With all the tango players in the past, it was like chamber music,” Ziegler said. “Nobody improvised.”