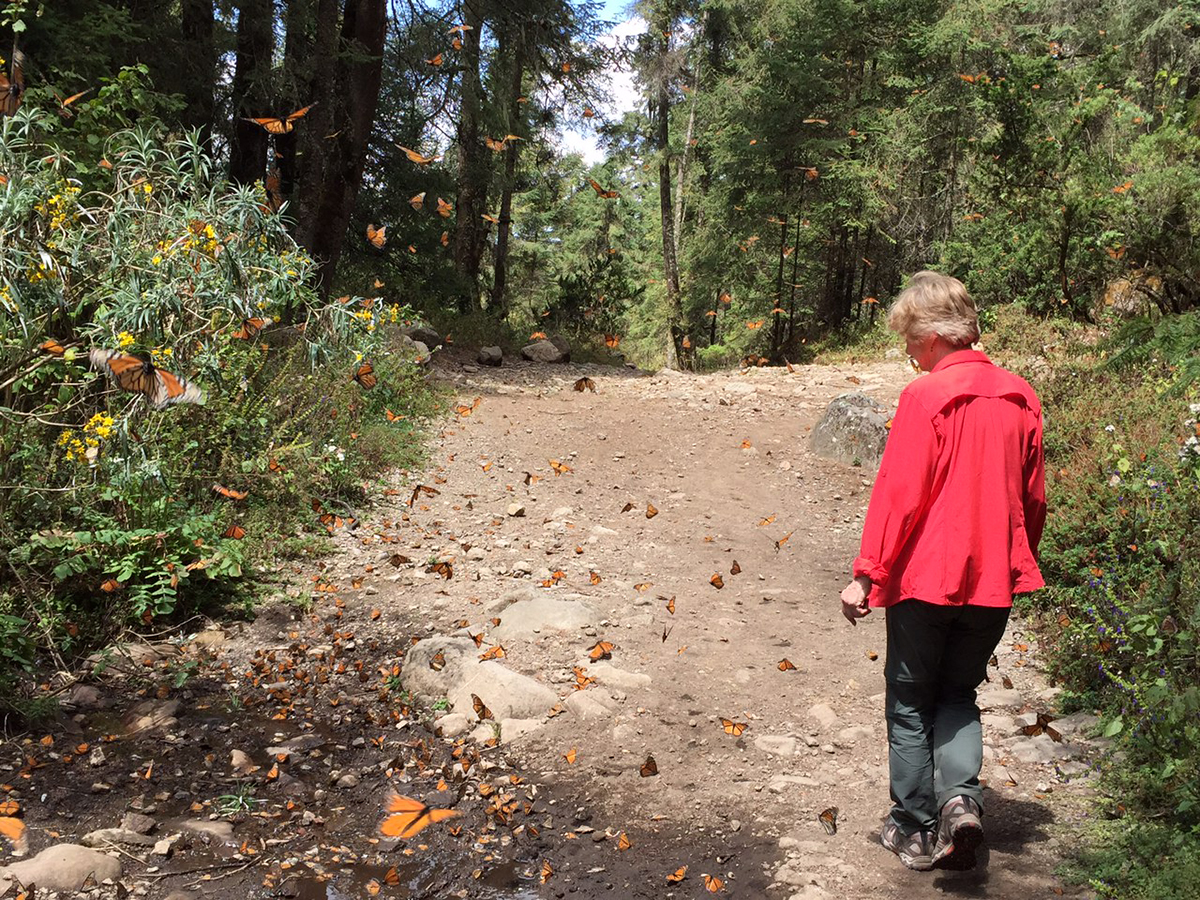 Sharon Metcalf has spent much of her career in Washington, D.C., working in media, politics and education. But it was when she left the capital in 2015 to visit Mexico that she fully realized another passion: helping pollinators.

“We climbed up those mountains in Mexico and it was in March, which was just at the time when they were leaving,” Metcalf said of monarch butterflies, which migrate more than 2,000 miles between Mexico and Canada each year.

Metcalf will present a Monarch Moments lecture titled “The Ethics of Gardening” at 12:15 p.m. Monday in Smith Wilkes Hall for the Bird, Tree & Garden Club. Her talk will center on how gardening can help declining populations of monarchs and other pollinators.

Metcalf, senior director of strategic partnerships and programs in the School of Communication at American University, also held positions at NBC News, ABC World News, Discovery Education and the White House under President Jimmy Carter. Her interest in gardening and pollinators, though, intensified after a storm knocked down trees in her backyard.

“Invasive weeds grew up as soon as the trees fell down,” Metcalf said. “I had seen a lot of monarchs and pollinators, and as invasives took over, I saw less of them.”

That concerned Metcalf, and she made an effort to include more native plants in her garden. She and others at the university took graduate film students to Mexico to observe the wintering butterflies. Through that experience, she became more aware of the challenges pollinators face, she said.

Pollinators, or animals that help fertilize plants by transferring pollen, are important to both maintaining ecosystems and producing food globally. Nearly 90 percent of wild flowering plant species depend on pollinators, and pollinator-dependent crops contribute to 35 percent of global crop production volume, according to a 2016 report from the Intergovernmental Science-Policy Platform on Biodiversity and Ecosystem Services.

Populations of such pollinating animals, including bees, butterflies, bats and birds, are declining in many cases. Wild pollinators have declined in “occurrence and diversity” at local and regional levels in both North America and Europe, according to the report.

Metcalf hopes that, after listening to her talk, Chautauquans will gain a better understanding of pollinators and will be inspired to include native plants in their gardens. If gardeners use more native plants and encourage more biodiversity, she said, collectively they can create a “corridor” for monarchs and other pollinators to help the creatures’ survival.

“I think that people often think that they can’t make a difference because they only have a small garden or don’t have enough sun or whatever,” Metcalf said. “Every plant and every garden makes a difference.”