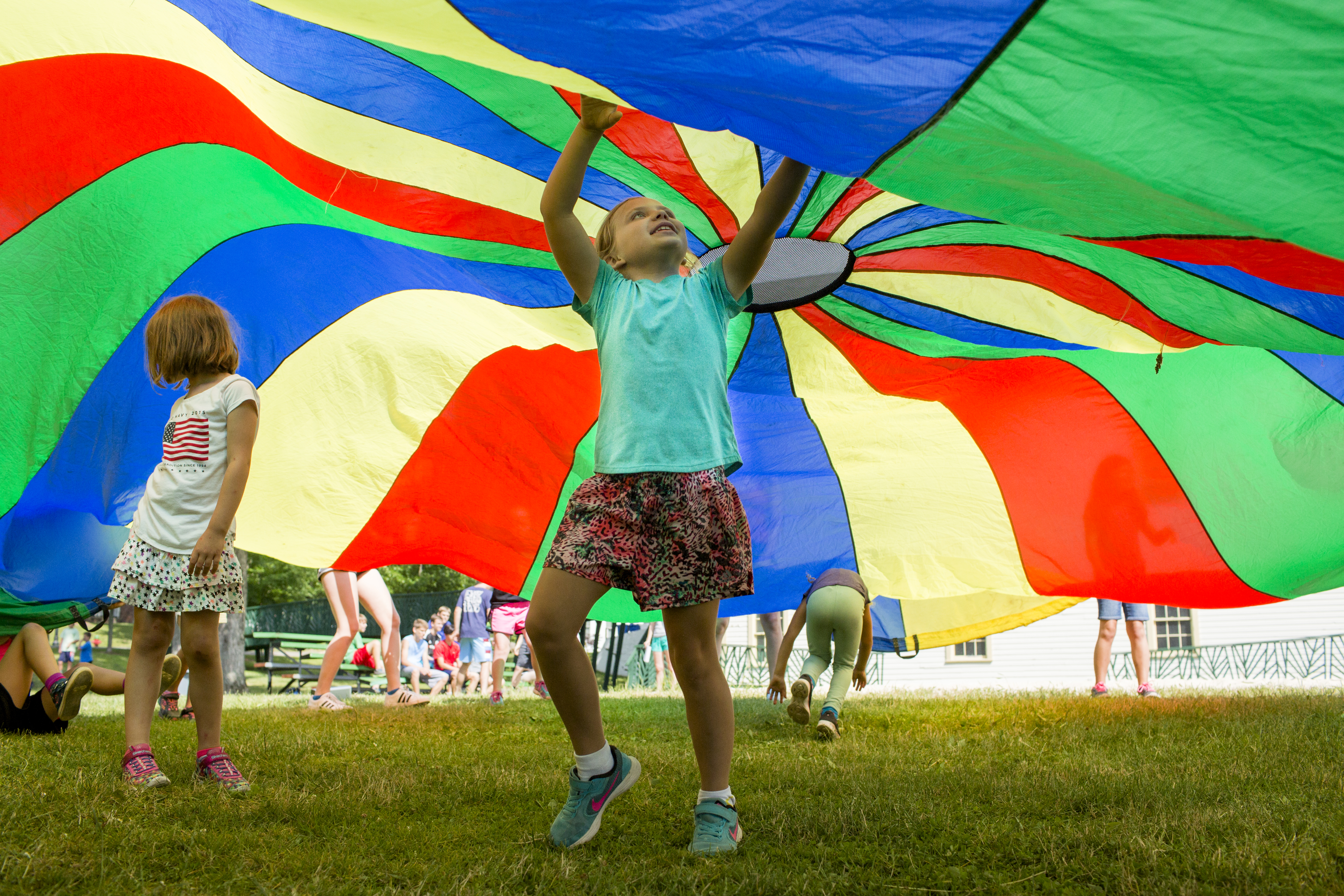 Ella Burkert, 7, plays at the “igloo” station during the Boys’ and Girls’ Club Track and Field event on Thursday, July 6, 2017. CAM BUKER/STAFF PHOTOGRAPHER

Ellie Rappole already owns one of the Girls 220-yard dash records in Group 5. A few years ago, she came 0.3 seconds away from breaking the Group 6-7 Girls record. Now in the SAC Girls group, she hoped to get two of the three.

Before the race at the Boys’ and Girls’ Club annual Track and Field event July 6, a cheering section formed to watch Rappole run. Counselors and Groupers offered words of encouragement as Rappole approached the starting line. With a start like she was shot out of a cannon, Rappole smoked the competition, but her real goal was to beat the clock. Pushing into a new gear near the finish line, Rappole endured the fatigue, not wanting to leave any doubt.

A timid smile on her face, she awaited the official time. Once she heard 29.78 seconds, her smile grew wide as she walked back toward the crowd.

“Did you get it?” a girl from the crowd asked.

The crowd cheered as Rappole celebrated her accomplishment.

“It’s great to have so many friends here,” Rappole said.

Stories like Rappole’s filled the Track and Field event. Clubbers set new marks in events ranging from the 50-yard dash to the discus throw. Some records broken at the event had stood for more than 40 years.

Last year, John Stecker tied the Group 6-7 Boys 50-yard dash record. This year, he shattered it with a time of 6.63 seconds, 0.7 seconds faster than the previous record.

Outside of records, Clubbers put together fantastic efforts in other events.

Wynn Evans ran a 33.16 220-yard dash, and Alex Burton recorded a distance of 83 feet in the softball throw. Both girls took first place in their age group. They teamed up with Izzy Broughton, who holds the Group 4-5 Girls 50-yard dash record, and Scout Oudemool to win the Group 6-7 Girls 440-yard relay. Together the girls finished at a time of 1:08.73.

SAC Boys’ Troy Burkert had never participated in the Track and Field event, but his first experience went better than expected. Burkert finished first in the Group 8 SAC 220-yard dash with a time of 29.25 seconds.

“There was some doubt before the race,” Burkert said. “But I shook out the jitters and took over.”

Friendly competition fueled the event. Boys and girls gathered to look at the record board, swapping stories of relatives and family friends whose records remained intact.

Club Director of Programming Jennifer Flanagan noticed the competition even before the event started.

“Sometimes counselors bring kids in the week before to show them the old records,” Flanagan said. “They’ll get the kids psyched up and say, ‘This is what you’re going for.’ ”

While competition was a main theme of the events, being on the other side can be just as satisfying.

Blake Mitrick, a first-year counselor in training, went to Club for most of his summers, running in the relays and throwing in the baseball toss. In his first year not participating in the events, the responsibility didn’t set in for Mitrick until the day started.

“That’s when it hit me,” Mitrick said. “I’m working it. I’m in charge of making sure everyone’s having fun.”

But Mitrick got a chance to compete after all. He ran in the counselor relay along with three other CITs, despite thinking he wouldn’t get to participate.

“Usually CITs aren’t in it,” Mitrick said. “But when I was asked to be on a team I was ecstatic.”

Mitrick’s team came in last, but he didn’t mind.

“Being able to entertain the kids made my day,” Mitrick said. “That’s what it’s all about.”