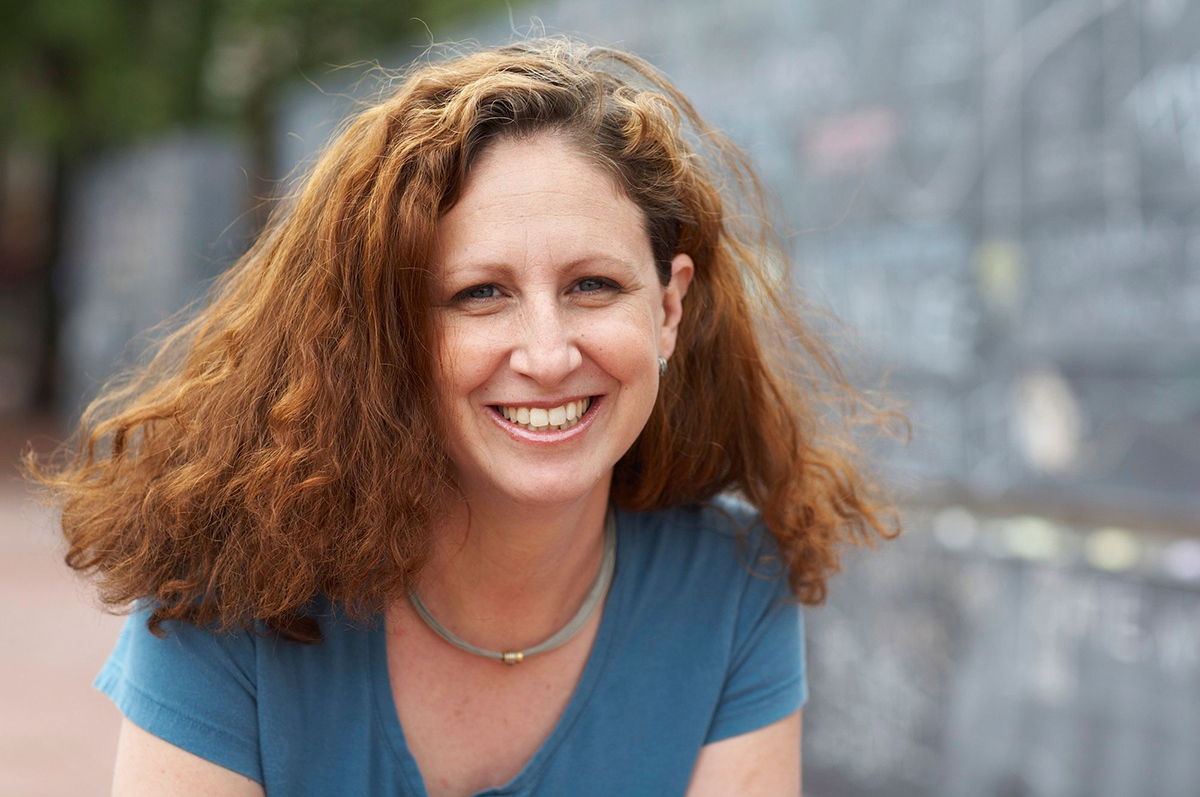 Journalist Dahlia Lithwick is returning to Chautauqua Institution under a different set of circumstances this year. She last visited in 2012 to discuss technology and the Supreme Court on the morning lecture platform.

But times were a little less complicated then, she said.

“I’m beside myself with excitement,” Lithwick said. “I feel like one of those prisoners making X’s on the calendar. The other times I’ve come, it was nice to have a respite — but the world was not insane. But now to have a respite in a world that’s gone mad feels really, really good.”

Lithwick covers the Supreme Court and legal issues for Slate, writing columns for its “Supreme Court Dispatches” and “Jurisprudence” sections. She’ll discuss the intersection between law and religion and how it applies to the Supreme Court at 10:45 a.m. Wednesday in the Amphitheater as part of Week Three’s “A Crisis of Faith?” programming.

Lithwick said she understands that people can feel skittish when it comes to a discussion of how the law and religion are intertwined, but it’s mostly because people tend not to talk about it. She said she’s looking forward to an “honest and rigorous” conversation with Chautauquans, who are “among the smartest people” she interacts with.

“One thing I like to do at Chautauqua is try out ideas,” Lithwick said. “That sounds awful, like I’m just going to get up there and filibuster — I’m not — but both of (my previous) lectures became really seminal in my own thinking about things I wasn’t certain about before.”

Babcock said she hopes people will listen to the blend of liberal and conservative voices on the morning lecture platform and “decide for themselves who they agree with and how to listen.”

Lithwick said one way to think about the intersection between religion and the Supreme Court is to look at the Constitution as a holy text and the justices as interpreters — each with their own sensibility.

“I don’t hold myself as any kind of expert on religion in America, but I think to the extent that the Supreme Court is our secular high church and the Constitution is our secular holy text, the two have to be connected,” Lithwick said.

Part of Lithwick’s interest in the topic is how the Supreme Court justices approach textual and legal interpretation and how that process is influenced by their faith.

An example of this, she said, would be the late Justice Antonin Scalia and Justice Ruth Bader Ginsburg’s approaches. While Scalia was Catholic and Ginsburg is Jewish, Lithwick said their attitudes toward interpretation could often appear to be “pretty close” to each other.

“We’re at a unique moment in Constitutional history in this country, where there’s a very complicated connection between religious faith on the one hand and Constitutional interpretation on the other,” Lithwick said. “They’re connected, and it’s interesting that we don’t openly talk about the justices’ faith. You don’t get to talk openly about the possibility that there’s an intersection between a justice’s faith, their background, their relationship to text study and the Constitution itself.”

Lithwick said pretending that the court is “purely secular” when it has justices of different faiths serving on it is “a little bit of a fatuous posture to take.” Avoiding the topic, she said, means “eliding all the really interesting questions.”

It’s not just a timely issue that Lithwick is addressing, however. It’s also timeless: Shakespeare explored a similar question in The Merchant of Venice, where the Christian Portia and Jewish Shylock go head to head over the interpretation of the law. After reading the same piece of legal text, they reach an impasse. Portia calls for mercy, while Shylock demands justice.

Lithwick said Portia’s influence can be seen in the legal pushback that’s been directed at President Donald Trump, largely because much of it has been from women. She noted former Attorney General Sally Yates’ testimony and the female judges who have objected to the different versions of the president’s proposed travel ban as examples of this phenomenon.

“I think there’s something there as well that has to do with vulnerability and willingness to stand out,” Lithwick said. “I do think that Portia is a model in a deep sense of something that is happening where morality and law converge.”

Besides questions of religion and how it can affect a person’s view of the law, one has to consider the tense political situation in which the Supreme Court is operating, Lithwick said.

Lithwick said the court is trying to rise above the fray of a “destabilized and dangerous” political moment and preserve its own reputation and ability. She said this can be seen in the court’s recent decision to allow the travel ban to partially take effect.

“I think that’s the best example of the court doing this kind of Solomonic effort to both stop Trump, but not embarrass Trump,” Lithwick said. “It was a really deft example of the court saying, ‘We’re still the Supreme Court, and we have the last word.’ But I also think in doing so, it becomes the first court to authorize any part of the travel ban to go forward. We’re in a moment where the court is uniquely — for the first time since the New Deal — very anxious about its own reputation, about its own credibility.”

Another example, Lithwick said, would be Justice Neil Gorsuch’s unwillingness to talk about Trump’s “overtly threatening” tweets at other federal judges regarding the travel ban.

“He had to go behind closed doors and whisper to Sen. Dick Blumenthal and say, ‘This is disheartening when the president acts this way,’ ” Lithwick said. “It’s a good example of the court trying to stay above politics, but in fact ceding the responsibility to talk about it openly when something egregious has happened.”

A consequence of these kinds of destabilizing incidents, Lithwick said, is that it will be hard for the court to make its decisions look like “business as usual.” The climate it’s currently operating in draws the court more directly into the national political conversation.

And it’s a climate, Lithwick said, where norms about the presumption of truth, fact, good faith and competing notions have fallen by the wayside.

Typically, the Supreme Court rises above such chaos, Lithwick said, serving as a “third rail of American politics” that stays out of the headlines, out of the election and out of the political fray.

“I think that the court is now really poised to engage in constitutional questions about religion and the space that religion will occupy going forward in the next decade,” Lithwick said.

Lithwick said the Masterpiece Cakeshop, Ltd. v. Colorado Civil Rights Commission case, which will be heard by the court during its 2017 term, is a perfect example of this intersection between the law and religion. The case involves a Christian baker who refused to create a custom wedding cake for a gay couple because it was against his religion.

How the court rules will set a certain precedent moving forward, Lithwick said.

“This issue is going to be at the very epicenter of how we talk about the law, the court and the Constitution,” Lithwick said. “And I think that right now we’re having a very cartoonish conversation about it.”

Lithwick hopes her lecture can help make that conversation less cartoonish and more nuanced. One issue is figuring out how to even have that conversation, she said, and Chautauqua may be a great place to start.

“I think for me, Chautauqua is a place where I can be in a community of very smart people who still operate on the presumptions of faith and truth and fact,” Lithwick said. “So for me, it’s really a safe place to start to test out the notion of, ‘What if we could have a conversation about religion and the courts? ’”