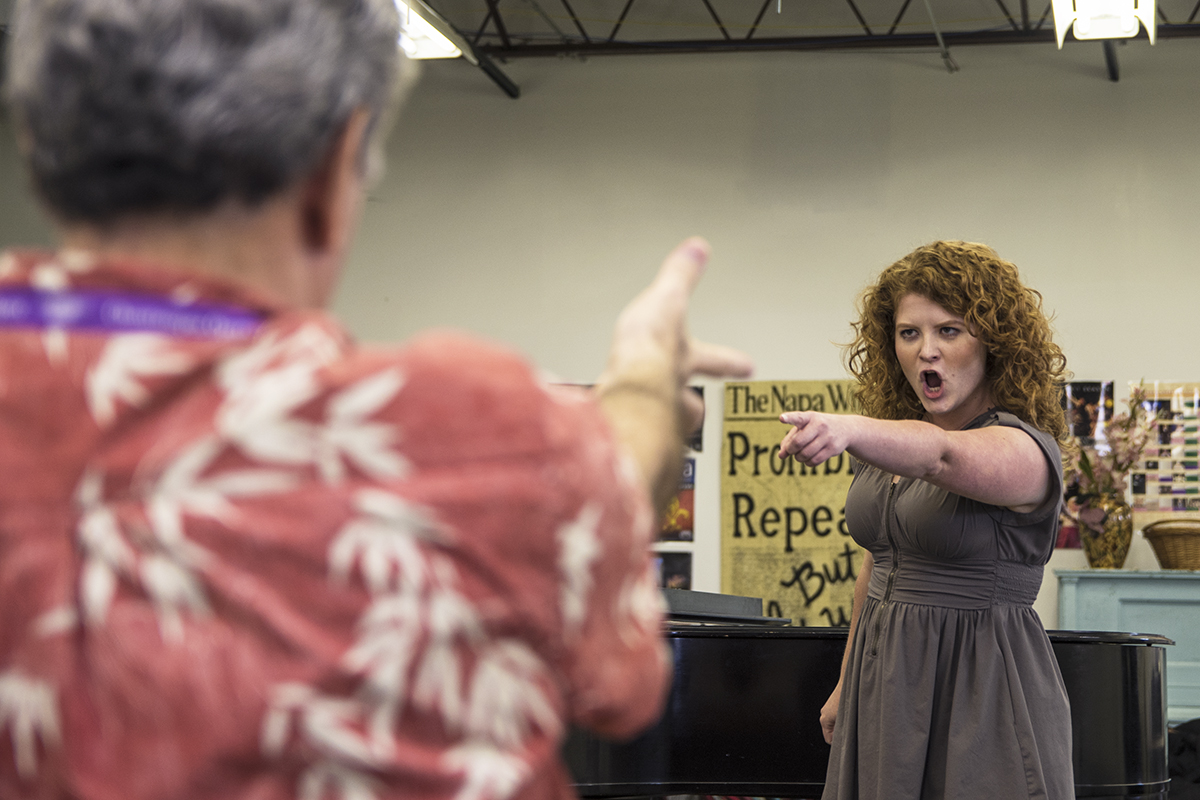 “The real exertion in the case of an opera singer lies not so much in (their) singing as in (their) acting of a role,” said the late Maria Jeritza, a world-renowned Czech soprano who, in the early 20th century, was given the nickname “The Moravian Thunderbolt.”

At 10 p.m. Tuesday in the Athenaeum Hotel Parlor, the Chautauqua Opera Company’s Young Artist Program will hold the second of three Open Mic Night events scheduled for the season. The curated event, scheduled to begin following the Chautauqua Symphony Orchestra concert in the Amphitheater, is a chance for community members to take in opera in a laid-back, casual setting.

Over the past week, and in preparation for the event, the Young Artists have had the chance to attend coaching sessions with Jay Lesenger, the former general and artistic director of Chautauqua Opera. Lesenger is a stage director by trade, and this is the skill set he brought to his coaching sessions.

In one such session, Lesenger told the Young Artists that he would never dream of trying to give them vocal lessons. That’s not what he does and that’s not what he knows. What he knows is direction, and a large part of that is helping actors learn how to move on stage.

“The shock that I still find is how many opera programs there are without an acting class,” Lesenger said. “The most fundamental thing is not being covered.”

To sidestep this pitfall, Lesenger spent time in his coaching sessions asking the singers about the motivations of their characters, forcing them inside a character’s mind in order to tease out the emotional threads of each song, whether a recitative or an aria. A clue to these threads, Lesenger said, can be found in the music itself.

Bach is different than Puccini, Lesenger told the Young Artists. The composers’ music is different and, as such, the emotion that springs from their compositions will be different.

Listening to the music, sitting alone and simply being with it without singing along (out loud or in their heads) is something Lesenger strongly advised the Young Artists to do.

“Use the music,” he said. “Use it to influence the emotion.”

However, this understanding of character and emotion means nothing if a singer does not deliver a performance that effectively relays both to an audience.

This means being a physical presence on stage. Lesenger advocates using the body on stage, being physical with the music in order to bring a character to life. The Young Artists received verbal and hands-on coaching on how to stand, how to move, how to position their bodies as they sing in order to appropriately, and effectively convey the emotional content of a song.

“Everyone has physical tonality. The body sends off messages,” Lesenger said. “Be aware of that, of the messages the body sends.”

Singers can have a big influence on an audience purely based on the messages they deliver through their physical behavior on stage. When it’s done correctly, Lesenger said, it can make all the difference.

“Great singers know their audience,” Lesenger said, “and they break down the wall between them and play to that audience.”

Armed with the lessons and hands-on guidance offered them by Lesenger, Chautauqua Opera Young Artists will look to break down those walls tonight and give their audience a performance that showcases not only their voices, but the emotional exertion of their acting as well.