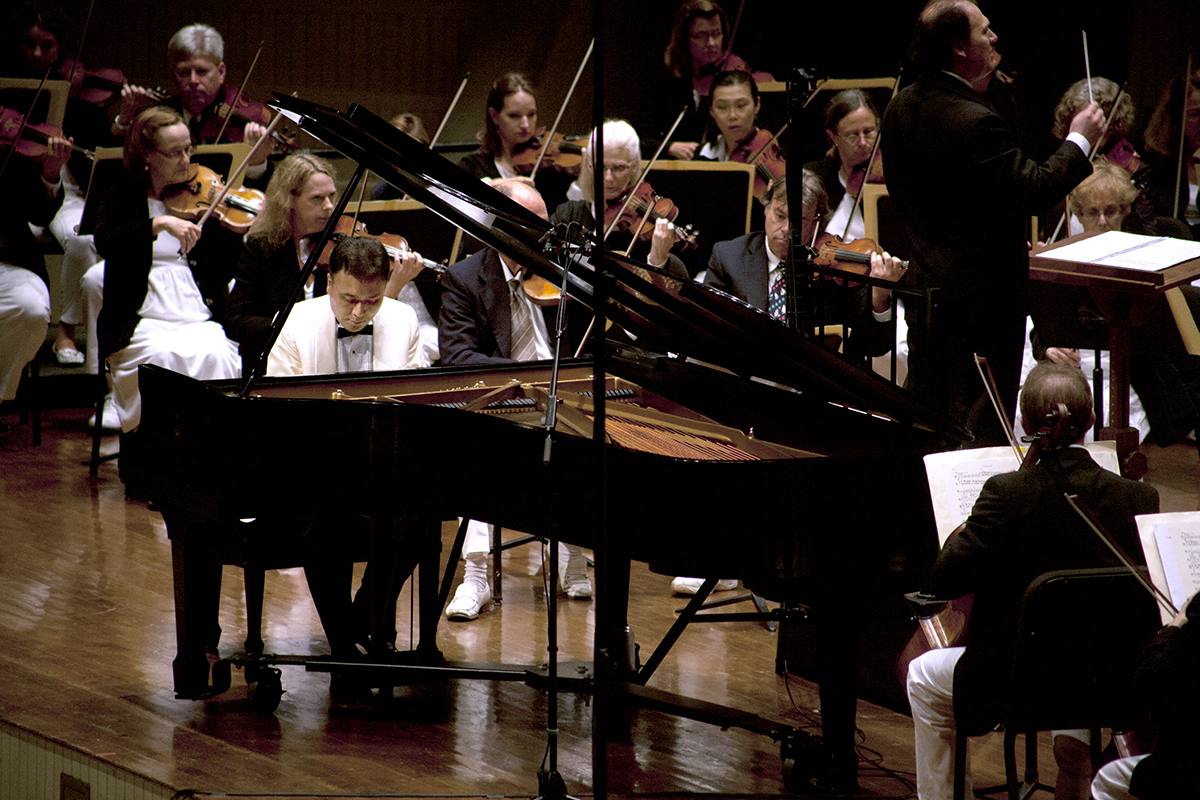 Jon Nakamatsu performs as a solo pianist at the Chautauqua Symphony Orchestra concert on Saturday, July 19 at the Amphitheater. KREABLE YOUNG/DAILY FILE PHOTO

There’s no direct path to success.

“It’s been an amazing, strange, wonderful journey that didn’t have a pattern in a traditional sense,” Jon Nakamatsu said. “I feel lucky every time I get to walk onto a stage. It’s like living a dream.”

The world-renowned pianist will perform in a recital at 4 p.m. Tuesday in Elizabeth S. Lenna Hall. He will also teach a master class at 4 p.m. Thursday in Sherwood-Marsh Studios.

Nakamatsu began playing piano at 4 years old and said it was like “love at first sight.” He knew he wanted to spend his life learning music, but said he also knew the chances of having a successful career as a performing artist were slim. Nakamatsu decided to study music privately, and graduated from Stanford University with a bachelor’s in German studies and a master’s in education.

Nakamatsu continued living his “dual life” for several years after graduating. He taught high school German at the same time as he traveled to competitions — losing more than he won, he said. It wasn’t until he was named Gold Medalist at the 10th Van Cliburn International Piano Competition in 1997 that his performing career took off.

“If you don’t think your life can change in a second, it really can,” Nakamatsu said.

The competition takes place every four years, and Nakamatsu said when he entered for the first time he was rejected at the applicant level. Without letting that discourage him, Nakamatsu entered the next time the competition rolled around. This time, he received a screening date and passed on to the next round.

As the competition progressed, Nakamatsu said he was just happy to have made it to each successive round. He thought “if this is all it’s ever going to be, at least I can say I did something I never thought I would.” By the time he progressed to the finals, Nakamatsu said it was unbelievable – he never imagined he would win.

“The funny thing is that all during the competition, I was grading papers and calling the substitute at home,” he said. “Even four years later, I was still writing college recommendations for my students as I was touring.”

The Van Cliburn was a catalyst for Nakamatsu’s career, and he said the experience was a whirlwind. All of a sudden he was ripped from the classroom to tour the world.

“It’s amazing to look back on it now,” he said. “I feel like it just happened yesterday.”

Since winning the Van Cliburn, Nakamatsu has appeared at distinguished venues including Carnegie Hall and Lincoln Center. He even performed at a White House concert in 1999 hosted by President Bill Clinton and First Lady Hillary Clinton. In his last 20 years on the road, though, he said coming to Chautauqua Institution has been “one of the most eye-opening experiences.”

Nakamatsu said it’s important for students to remember that there’s no “recipe to create a musical profession.” There are no set rules or formulas to follow to win a competition, or even get to one. In order to have a successful career, it’s important for young musicians to be open to a wide possibility of outcomes, Nakamatsu said.

“Having a broad sense of discovery gives us hope for a future as a professional,” he said. “It’s all about diversification and multitasking a career.”

Currently, Nakamatsu is balancing “a little bit of everything.” He said he spends about 70 percent of his time touring. When he’s home, he works with a small number of students at the San Francisco Conservatory of Music.

His latest project is balancing practice with running after his 17-month-old child.

“I’m just happy to get up in the morning and do the thing that I never thought I’d do,” Nakamatsu said. “That just makes everything that goes on in my professional life positive and worthwhile.”