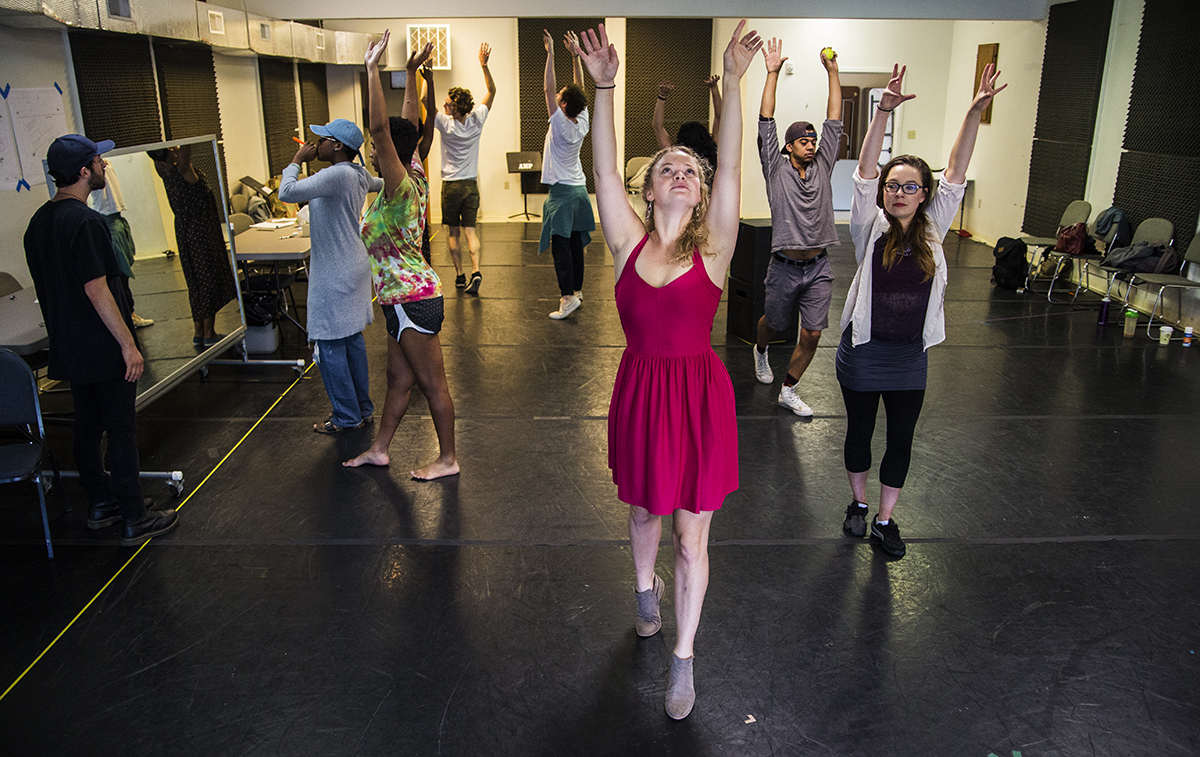 Despite there not being an actual musical in the current Chautauqua Theater Company season, it’s been a musical summer.

By chance, a number of the CTC conservatory actors came to Chautauqua with their instruments or singing voices ready, and two of the mainstage shows worked a soundtrack into the production.

“In the group, there are a lot of people who are musically inclined, and so that’s been really fun to see what else they can do,” said CTC directing fellow Adin Walker, noting there are singers, guitar players and a pianist in the conservatory.

When the conservatory gathers one last time for the Bratton Late Night Cabaret at 10:30 p.m. Friday at Bratton Theater, music will be in the spotlight. Walker, who is coordinating the show, said the cabaret will be “a big celebration” with music, dancing and comedy.

“We’re trying to really spotlight some of the highlights of the summer, for not just the theater community, but the Chautauqua community,” Walker said. “And we’re just sort of working on it in our spare time. It’s a little fast and furious.”

Preparation for the cabaret went on as the conservatory finished up the season with Romeo & Juliet. That Shakespeare production, which features every actor in the conservatory, comes to an end at 4 p.m. Friday in Bratton Theater.

The cabaret is a free event, with doors opening at 10 p.m. Friday, but a ticket is required for admission. Available tickets will be handed out at the ticketing kiosk starting at 9:45 a.m. Friday on a first-come basis.

There’s no storyline for the cabaret, which will be more like a concert with songs from the 1960s to modern hits. There will also be moments of improv comedy akin to television show “Whose Line Is It Anyway?” and sketches similar to those on “Saturday Night Live.”

Overall, the performance is a way to reflect on a summer at Chautauqua, and there will even be an interview portion of sorts for conservatory members.

Walker and the conservatory members are hopeful Chautauquans will come out for the show, especially since the theater company has gotten to know audience members through the performances and talkbacks.

“They’ve gotten to really become close with us and we’ve gotten to be close with them,” said Walker, who, like others in the conservatory, leaves Chautauqua Saturday morning. “And so I think it’s a moment for us all to really engage together in the spirit of party and celebration.”