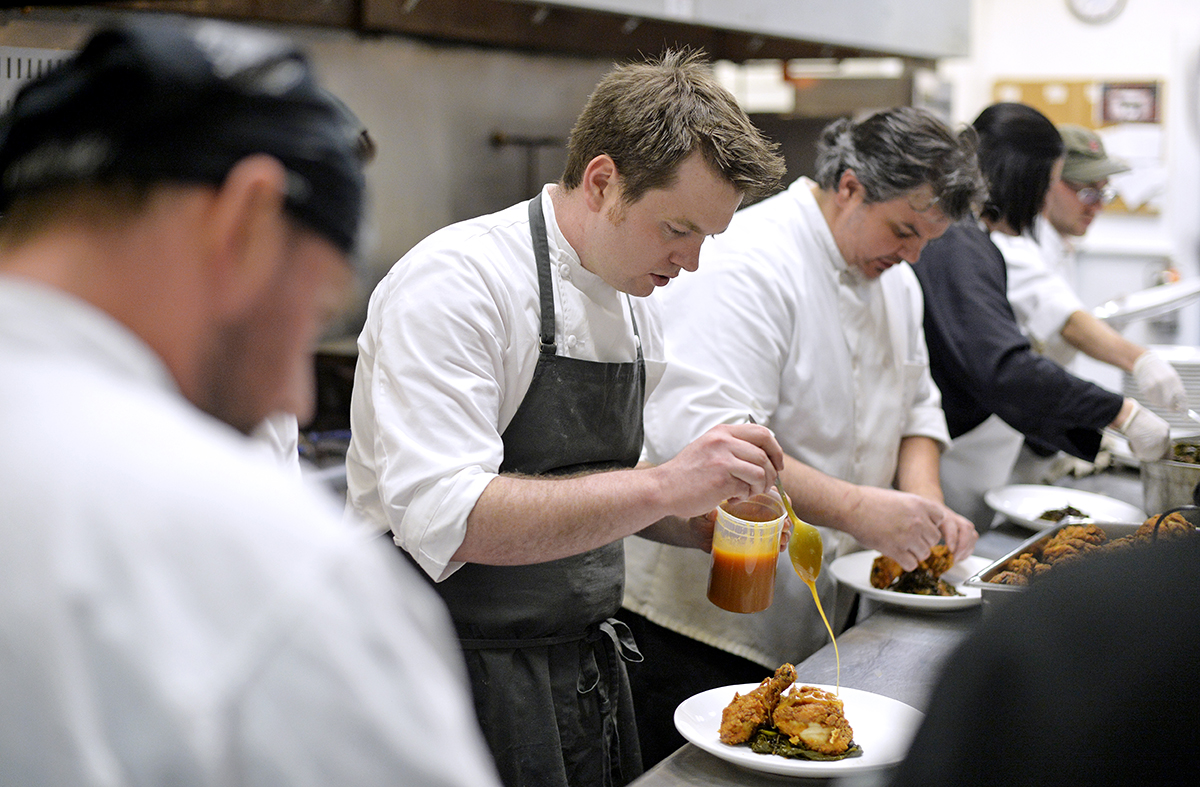 “You’re not just experiencing something through intellectual thought and conversation, but you’re also tasting,” said Vanessa Weinert, the Institution’s marketing manager and curator of the food festival.

Weinert spearheaded the project with the help of Christa Glennie Seychew, a food festival consultant, food writer, and owner of Nickel City Chef. In 2016, according to Seychew, more than ever before, people spent more on food in restaurants than they did in grocery stores.

“For many, food has evolved beyond sustenance into a hobby, entertainment, and impetus for travel,” Seychew said. “Our connection to food is changing in so many ways, and a great food festival should be inspired by all of these ideas, not just one.”

Seychew and Weinert worked together to create a food festival that reflected that evolution by creating an environment not just for eating, but for educating, informing and “in the best case scenario,” inspiring, according to Seychew.

The festival kicks off at noon Sunday with a Family BBQ Picnic and live music on Bestor Plaza. Beer, wine and kid-friendly beverages will be available for purchase with tickets from a tent that will also be on the plaza.

Beginning Monday, $2 tasting tickets will allow sampling from vendors set up each day on Bestor Plaza. Tickets for Thursday’s wine tasting event and Friday’s New England-style Lakeside Clam BBQ in Miller Park must be purchased separately. A full listing of programs, vendors and fees is available at chq.org/foodfestival and in the blue Week Nine program guide inserted into this edition of the Daily.

Though Jacques Pépin is known for gourmet feats and French cuisine, he’s got a thing for cheeseburgers. The internationally renowned chef will judge the Ultimate Cheeseburger Challenge set for 12:45 p.m. Monday on the festival stage on Bestor Plaza.

“The competing chefs are very skilled, so it’s a little funny to have them cooking cheeseburgers,” Seychew said. “But cheeseburgers are one of Chef Pepin’s favorite foods, so we thought it would be a blast.”

Buffalo’s version of Iron Chef, Nickel City Chef, will host three cooking competitions at 1:30 p.m., 4 p.m and 6:30 p.m. Monday on the plaza. At 5 p.m. on the demonstration stage, certified holistic chef and writer Laura Lea Goldberg will show how to make Asian salmon cakes with wild salmon. Goldberg will also teach private cooking classes in homes across the grounds on Tuesday and Wednesday using recipes from her cookbook, The Laura Lea Balanced Cookbook: 120+ Everyday Recipes for the Healthy Home Cook.

“It was a dream come true to be able to do what I love in really a beautiful setting, getting to use fresh seasonal produce,” said Goldberg, a native of Nashville, Tennessee, “and also getting to explore Chautauqua and experience some of what it has to offer.”

It’s her first time at Chautauqua, though her parents have visited for years.

“When I saw the roster of the other people participating in food week, I was even more humbled to be a part of it,” Goldberg said, specifically referencing Pépin and Michael Ruhlman, who will speak at 10:45 a.m. Monday and Tuesday in the Amphitheater, respectively, in particular as chefs she’s “looked up to forever.”

Restaurants including Marble + Rye, Oliver’s and Giancarlo’s will have food available for purchase with tickets on the plaza.

Tuesday is all about the “Taste of Chautauqua,” as Chautauqua County restaurants and businesses — some familiar, some new — converge on the plaza for the ultimate tasting experience. Participating vendors include Andriaccio’s, CHQ Local Food, the Jamestown Biodome Project, Edible Western NY, Heirloom Restaurant, The Watermark, La Familia, Reverie Creamery and others. 2 Ames will be shucking oysters on their patio and executive chefs Danny Borg-Sundstrom and Jeremy Hois will be serving up spicy lamb scotch eggs in a tent on the plaza. Jamestown’s Infinity Visual and Performing Arts will provide music throughout the day on Tuesday.

From noon to 7 p.m. on Wednesday, food trucks from throughout western New York will flock to the grounds, including Cluck Truk, The Louisiana Cookery, Sweet Melody’s, Lomo Lomo, lloyd Taco Trucks and Wood Fired Flatbreads. The food trucks will accept both cash and cards rather than tasting tickets.

There will be four cooking demonstrations that also begin at noon, starting with “MasterChef” season 7 winner Shaun O’Neale, who will show how to make his spicy salmon crudo. Executive Chef Edward Work and Executive Sous-Chef Carrie Gifford (Heirloom Restaurant), Chris Dorsaneo (lloyd’s) and Matt Pauszek (Lomo Lomo) will also host demos. In celebration of Irene Rodríguez Compañía, which will perform at 8:15 p.m. Wednesday in the Amp, the Athenaeum Hotel will host a Cuban-themed feast from 4:30 to 9 p.m.

“We are known for a lot of things, but food is not always one of them,” Weinert said. “We want to make sure that the restaurants here are getting the exposure they deserve and that we’re  lifting up that food brand.”

Thursday is the Ultimate Wine Tasting. With the purchase of a $10 ticket, festivalgoers will receive a souvenir tasting glass to sample handcrafted wines and artisanal brews at each tent. Johnson Estate, Ellicottville Brewing Company, Vetter Vineyards, Victorianbourg Wine Estate, and other wineries and breweries will all be a part of the tasting. Reverie Creamery will be selling custom cheese plates to pair with the selections of beer and wine. There will fire opportunities to learn how to create cocktails with beer and wine, hosted by Frank Besse (Brazil), Tony Rials (Buffalo Proper) and Jeff Yannuzzi (The Dapper Goose).

The food festival wraps up on Friday with a day centered around homesteading and artisanal food preparation. Bryant Terry, chef and author of Afro-Vegan, who’s giving the 10:45 a.m. lecture, will be doing a 3 p.m. demonstration on how to cook citrus collards with raisins. There are four other cooking demonstrations beginning at noon. Billy Club, Good Grass Farm, Rassie Garlic and other restaurants will be offering food and fare throughout the day.

Seychew was responsible for reaching out to the chefs, restaurants and food trucks and getting everyone on board. She worked with Weinert to bring a comprehensive, interactive and informative food festival to the grounds.

“In all my years of both small and large-scale event production, I’ve never worked with a more supportive, competent and pleasant team than the Institution’s marketing department,” Seychew said. “It’s been a very satisfying experience.”

In 2008, after just starting her own company, Seychew brought around a dozen of Buffalo’s top chefs to the Institution for a lecture by Dan Barber and Ruhlman, followed by lunch in the Athenaeum.

“Being invited to assist in the development of a food festival for the Institution almost 10 years later is a little full circle for me,” Seychew said, “and I can’t say that I don’t find that a little heartwarming.” 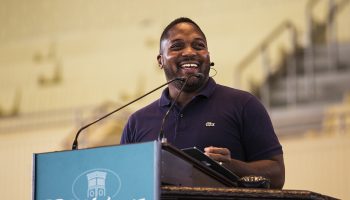 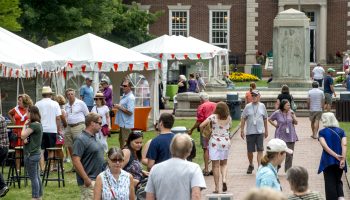 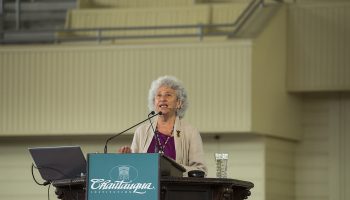 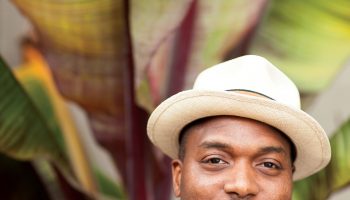 Bryant Terry to speak on intersection of food and social justice 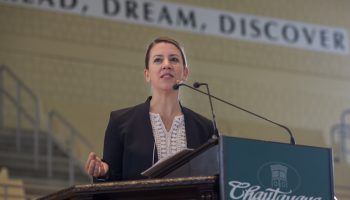