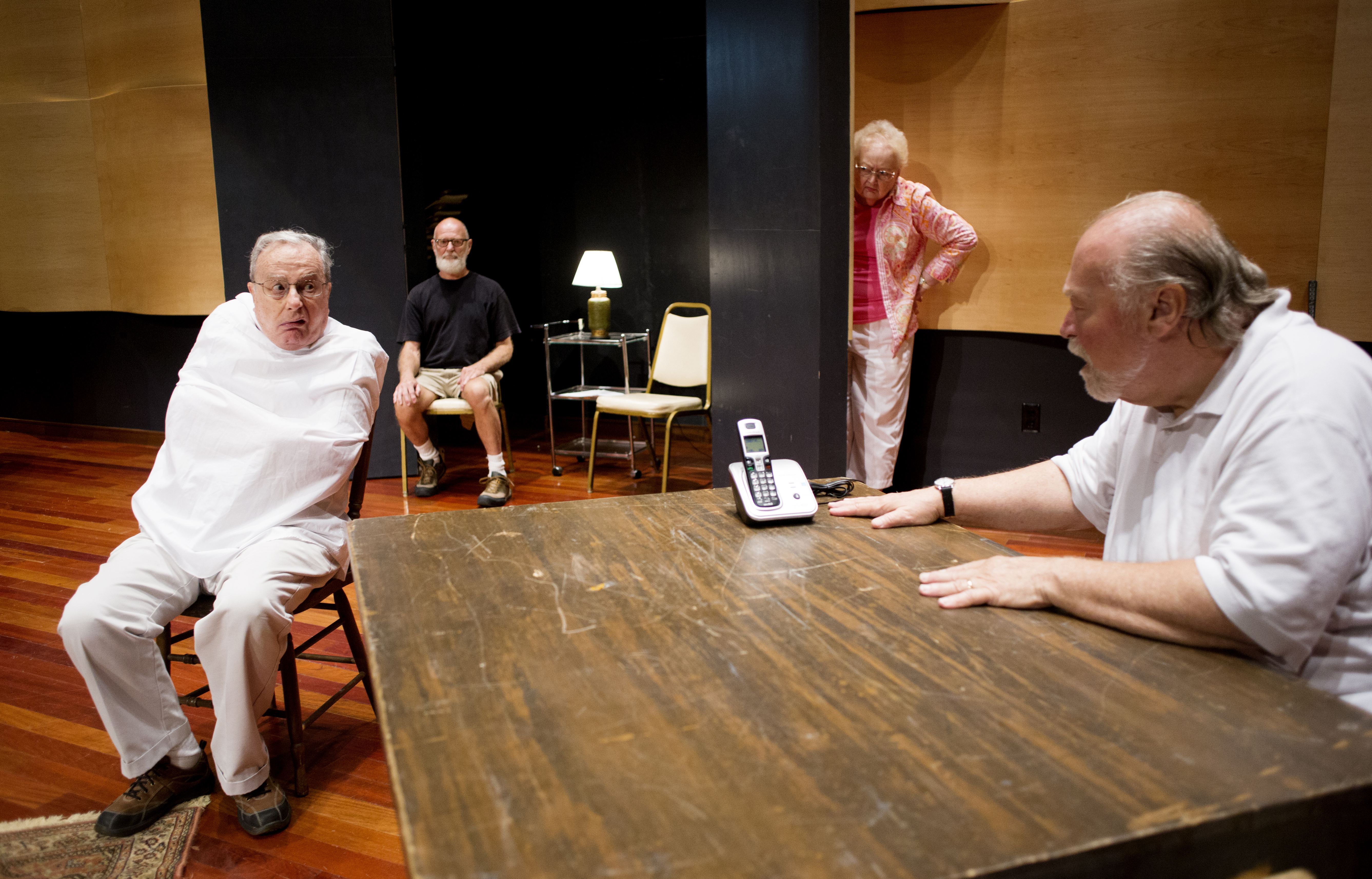 One thought that came up as members of the Chautauqua Play Readers explored the new play Love/Sick by John Cariani: “Thank God I’m not young anymore. I don’t have to go through that.”

“That” refers to the trials and tribulations of being in love and being in a relationship. The Chautauqua Play Readers, a winter subgroup of the Friends of Chautauqua Theater, will mine their own romantic experiences during a staged reading of Love/Sick at 10:30 a.m. Saturday in Elizabeth S. Lenna Hall.

The reading is free, although the Chautauqua Play Readers will be soliciting donations. Proceeds from last year’s Week Nine reading went toward the pre-season reading of Dan Cody’s Yacht as part of Chautauqua Theater Company’s New Play Workshop. The event will run until just before noon to accommodate those packing up on the final weekend.

Love/Sick, a collection of vignettes all set on a Friday night in a big-box store in an alternate suburban reality, is a romantic comedy in which couples meet, break up or work through romantic issues.

“One piece, ‘Uh-Oh,’ finds a woman trying to put a spark into her dull marriage,” explained a 2015 review of an off-Broadway production of Love/Sick. “ ‘What?!?’ has a man grappling with a stress-related disorder that jeopardizes his love life. ‘Destiny’ features a couple who reconnect after their carts collide at the SuperCenter.”

The Chautauqua reading, which offers something to do a week after CTC’s season-ending performance of Romeo & Juliet, is lighter fare, said Bob McClure, a longtime member and former president of the Friends of Chautauqua Theater who is producer and director of Love/Sick.

So much so that in rehearsal, the cast learned several in the group “are terrific comedians,” McClure said. There will be eight couples in the performance, one for each vignette, and one of those couples will feature a special cameo appearance by comedian and satirist Mark Russell.

The Chautauqua Play Readers do eight readings a winter, with two or three typically being advanced readings of productions that Chautauqua Theater Company has announced they’ll do the following summer.

“That gives the play readers an opportunity to know more about the play they’re going to see the following summer; it gives them some depth to it,” McClure said.

The other plays are often ones that have recently won acclaim. Last Christmas, the group read Love/Sick and “just loved it,” McClure said. It is a follow-up to playwright Cariani’s previous work, Almost, Maine, and billed as its “darker cousin.” McClure considered that play, now among the most produced plays in North American high schools, but ultimately found the one in Love/Sick.

“It kind of feels like a Chautauqua play,” McClure said.