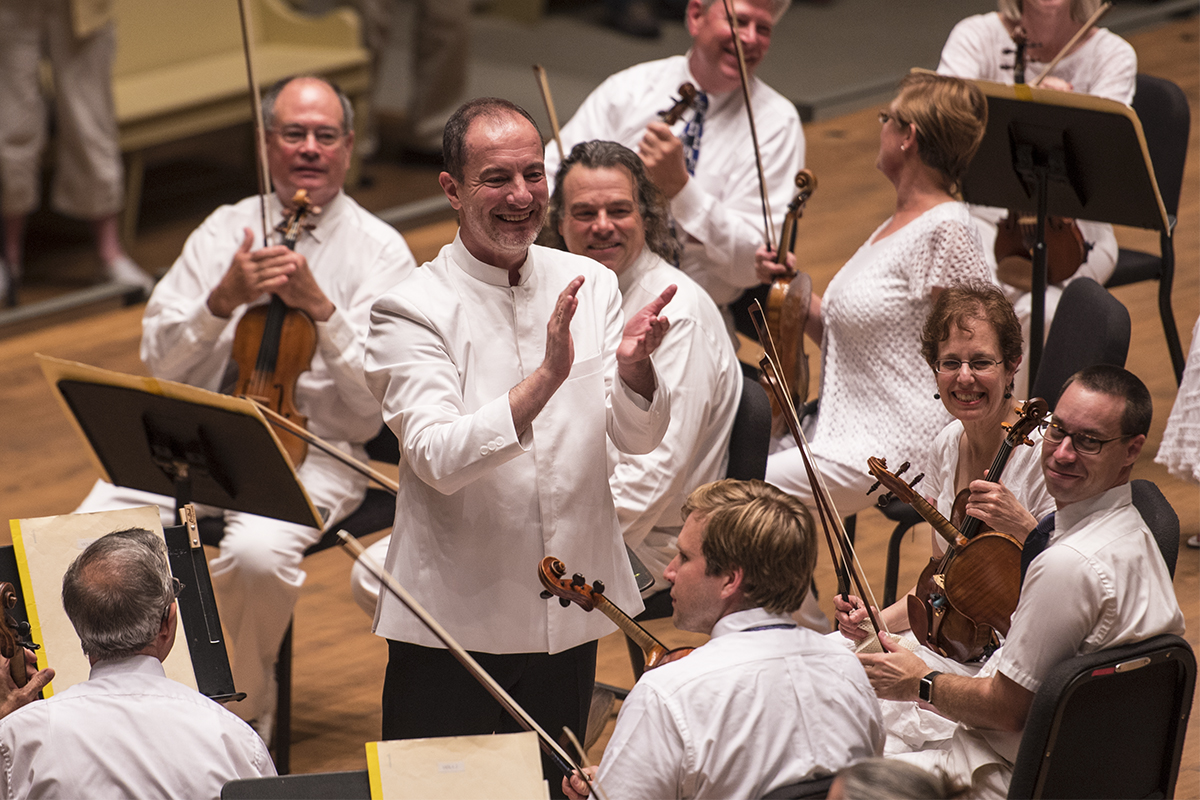 What’s it like to audition for an orchestra? How long do orchestral musicians practice? Are the second violins just as good as the first violins?

Chautauquans will have a chance to ask these and other questions at two Meet the Musicians sessions being held by the Chautauqua Symphony Orchestra League at 12:15 p.m. Friday and Aug. 11 at Smith Wilkes Hall.

At both events, musicians will perform a short piece or two before taking questions.

These gatherings uniting CSO musicians with the greater Chautauqua community have been going on for more than 10 years. This will be CSO violinist Amanda Gates’ first year hosting the events, which will feature members of the orchestra’s viola and second violin sections. Friday’s Brown Bag, titled “Mozart’s Favorite Instrument,” will spotlight the former.

“They’re often arranged so they’re less visible to most of the audience, but they’re really the backbone of the symphony,” Gates said. “I’d like the Chautauqua community to know more about them and why that’s so.”

The perception that less visible musicians are less skilled or talented — perhaps a myth learned in school music programs — is something Gates and her CSO colleagues hope to debunk. In fact, seating in an orchestra largely depends on chance.

Gates said bringing the CSO together with other Chautauquans has become increasingly important as rising housing costs have pushed musicians off the grounds.

“We generally don’t live here anymore,” Gates said. “Most of us used to live on the grounds. We felt there was a need to connect more to the community and make sure we’re on the grounds more often.”

Gates said in the past, Chautauquans have been interested in things like the difference between first and second violins. They’ve also asked more sensitive questions about contractual matters. Last year, musicians and management locked horns over pay and eventually settled on a new contract.

“Chautauquans always love an opportunity to ask intelligent questions,” Gates said. “We want to hear them and know what they want to know.”