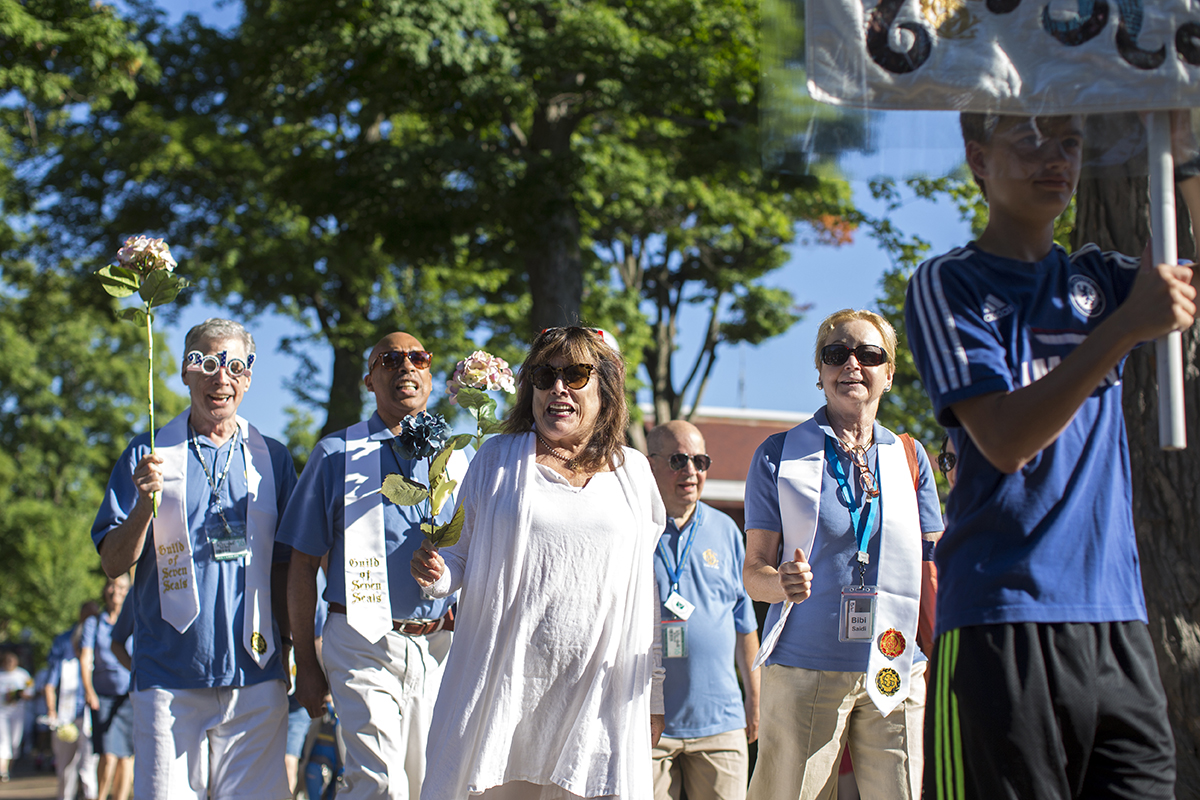 CLSC alumni process along the brick walk during the CLSC Recognition Ceremony on Wednesday, Aug. 3, 2016, near the Amphitheater. MIKE CLARK / DAILY FILE PHOTO

While many of the events on Recognition Day take place in broad daylight, the yearly celebration of the Chautauqua Literary and Scientific Circle actually begins by candlelight.

The CLSC Vigil, which takes place in the Hall of Philosophy the Sunday before Recognition Day, is a baccalaureate service for the year’s graduating class. Members of the Class of 2017, wearing white and bearing candles, march from the Literary Arts Center at Alumni Hall to the Hall of Philosophy.

This year’s Vigil featured readings from members of the Class of 2017 — quoting from the works of Proust, Gide and Alice Munro — and two vocal performances from voice student Tiffany Townsend. Sherra Babcock, vice president and Emily and Richard Smucker Chair for Education, opened the service.

Babcock also read remarks from President Michael E. Hill, who is the Class of 2017’s honoree.

The Rev. Robert M. Franklin Jr., director of religion, offered a benediction at the end of the Vigil, drawing on the Class of 2017’s motto: “Read, Dream, Discover.”

“You challenge us and you inspire us all to read, to dream, to discover,” Franklin said. “And we shall read — read difficult books, read great books, read books that, as Franz Kafka said, ‘chop up and release the inner world, the frozen ice within us.’ We shall dream, as Goethe reminds us: ‘Dream no small dreams, for they have no power to move human hearts.’ And we shall discover universes within, and universes without. At the moment of commitment, the entire universe conspires for your success.”

The Class of 2017 starts the day early, gathering at the Hall of Christ for their class photo at 8:10 a.m. From there, the graduates march to the Hall of Philosophy, where they’re greeted by past CLSC graduates, as well as friends and family.

As they arrive, the graduates are greeted at a golden gate erected at the entrance to the Hall of Philosophy. Actors portraying John Heyl Vincent and Lewis Miller open the gates with a key inscribed with the word “read.”

The graduates are then given their CLSC diplomas. Babcock will serve as the emcee this year, something she said she’s excited to do before she retires after the season.

“It’s an honor to be able to do that,” Babcock said.

After the graduation ceremony, the Class of 2017 joins the alumni parade and marches to the Amphitheater, where they are honored with their class banner. A luncheon for new graduates and a gala dinner for alumni are held later in the day.

Babcock said the events of Recognition Day represent a period of transition for the graduating class.

“They go from being graduates to postgraduates in this one ceremony,” Babcock said.

The organization of the events has also gone through some changes this season. Jeff Miller retired from his position as CLSC activities coordinator in 2016, and his duties have been absorbed by the CLSC Veranda and the Alumni Association of the CLSC.

Babcock said it made sense to consolidate as the CLSC moves forward in the years ahead, and as her successors come on board after the season.

Instrumental in propelling the CLSC into the future is Stephine Hunt, the CLSC Veranda manager. This is Hunt’s first season on the grounds, but she said the enthusiasm and guidance of the community has been helpful in making Recognition Day happen.

“It’s great because I have people coming into the Veranda who have either been a part of the tradition for years and are now graduating, or have just stumbled upon it by accident and have questions about it,” Hunt said. “I get to see how excited they are to take part in it. And part of it is that I’m excited, too, because I’ve never seen it.”

Hunt said she likes to think about what Recognition Day emphasizes and celebrates: experiencing the world through reading.

“It allows us to encourage people to continue reading and continue learning,” Hunt said. “I think encouraging people to be recognized as they are taking part in this supports that tradition. That’s what I love the most about it: It encourages people to do all that learning and reading.”

Babcock, Hunt and the staff of the Veranda have also worked on ways to streamline the process of graduation for CLSC members, including the implementation of the clscbooks.org website. The website allows members to create an account so they can record the books they’ve read and know when they’re approaching milestones, such as graduation or eligibility for the Guild of Seven Seals, which honors continued reading of CLSC books with different levels of recognition.

Babcock and Hunt said the changes they’ve made seem to be helping the CLSC honor the past as the literary arts begin to grow in Chautauqua’s future.

“I think it’s going to help us move forward a lot — and a lot faster,” Hunt said. 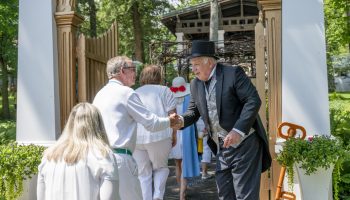