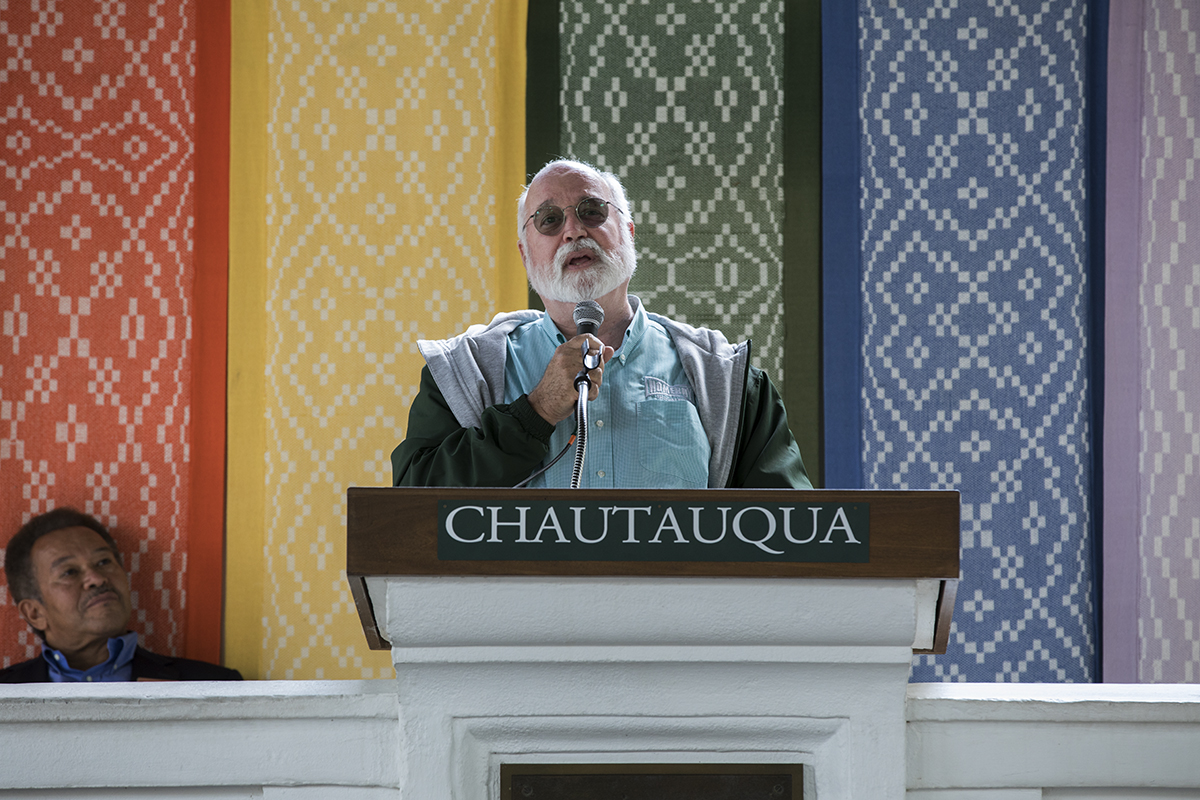 In a week focused on food, Fr. Greg Boyle, S.J. closed out the 2017 Interfaith Lecture Series on Friday in the Hall of Philosophy with a discussion of physical and spiritual nourishment.

Boyle, the founder of Homeboy Industries, talked about this intersection with his lecture, “We Don’t Hire Homies to Bake Bread; We Bake Bread to Hire Homies.”

He shared many stories from his time working with the homies since the program’s founding in 1992. Homeboy Industries is meant to help former gang members and inmates by providing employment in businesses such as the Homeboy Bakery and the Homegirl Café.

Boyle also touched on the week’s theme — “Food and Faith.” He talked hand-crafted sandwiches, lattes and a White House dinner that he and a few of the Homeboys were invited to by First Lady Laura Bush.

But his lecture focused on a simpler concept: goodness.

“We’re all saddled with the notion that we were thrown out of the garden because we were bad,” Boyle said. “And we hope to re-enter the garden by being good. We’ve built our entire lives on that narrative.”

But God doesn’t want from us, he said. God wants for us.

Boyle quoted a line from the poet Hafez to illustrate this point: “Ever since happiness heard your name, it has been running through the streets trying to find you.”

Boyle also discussed an interview the Dalai Lama once did where he was asked what he thought about self-hatred. The Dalai Lama didn’t understand the concept, Boyle said, because everybody has an innate goodness inside them.

“In Obamacare terms, your goodness is a pre-existing condition,” Boyle said.

Boyle offered a connection between goodness and truth — and how people can find it in the world.

“If you see goodness in other people, that’s the truth,” Boyle said.