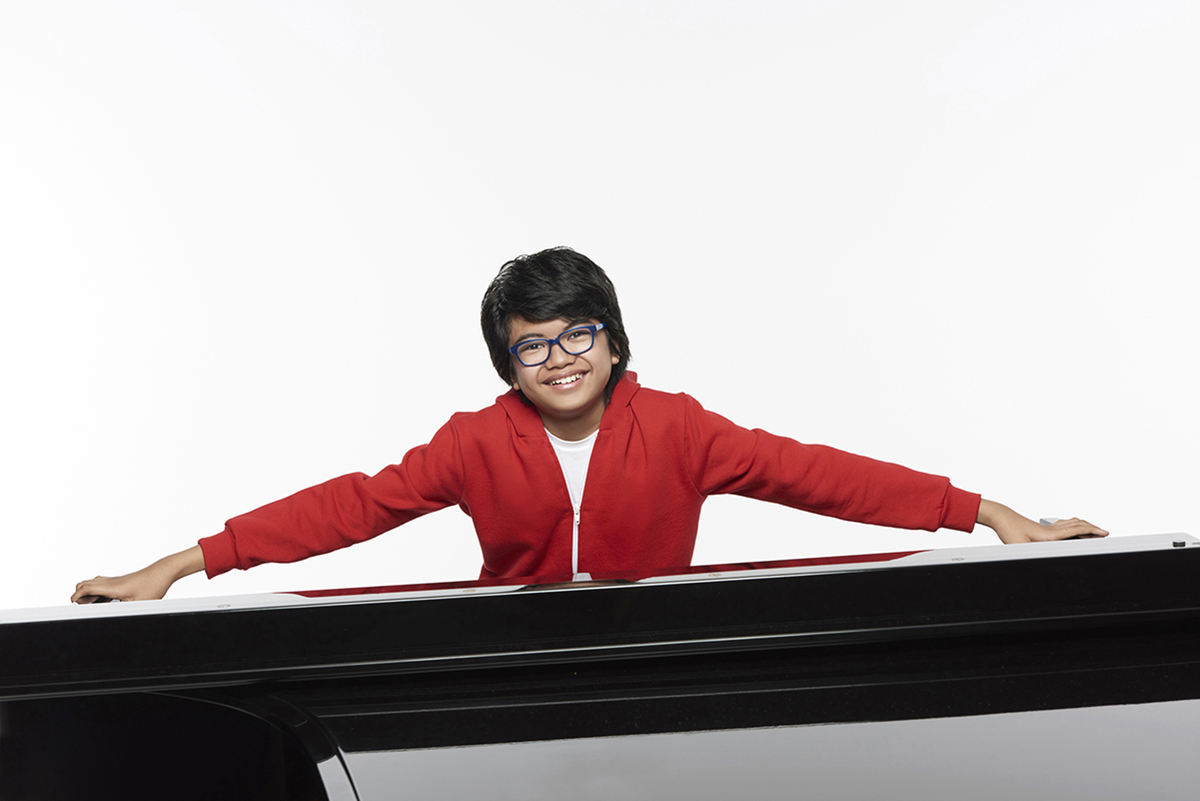 If Joey Alexander was a Chautauquan, he’d likely spend his days at the Youth Activities Center or perhaps play with the Music School Festival Orchestra. But at 14 years old, the jazz prodigy will instead be taking the stage at 8:15 p.m. Thursday in the Amphitheater, playing for an audience that is at least four times his age.

But that’s mostly what Alexander does. Jazz remains a genre that’s popular among older generations, rather than millennials, and his own, Generation Z. He’s performed at jazz festivals across the world — Newport, New Orleans, Richmond, Jakarta, Copenhagen, Monterey, Montreal — and at the Grammys, where he’s garnered three nominations and made history in 2016 as the youngest jazz artist nominated for a Grammy.

When Alexander plays, he’s in the zone. His fingers dance emphatically across the piano and his feet tap beneath him. His eyes, framed by distinctly colored glasses, rarely lift from the keys. At times, they close. When the swing sets in, Alexander may even stand up, lifted by the reverberating rhythms.

Thursday, with bassist Larry Grenadier and drummer Eric Harland1, Alexander will be performing new music that he’s been composing over the last year. According to Alexander, his new music conveys “all types of moods.” He unapologetically gives due to God as the source of his creativity and success.

“For me, everything is an inspiration,” Alexander said. “Of course, it all comes from God. He gives me strength and the talent — everything.”

And after God, he credits his parents, the people he meets and the places he goes as sources of inspiration.

“When I go to the streets of New York, when I’m somewhere in Europe,” Alexander said, “(those places) give me the source of energy and inspire me to write songs.”

Born in 2003 in Bali, Alexander began teaching himself how to play the piano with a mini electric keyboard that his father, Denny Sila, gave him. As a jazz fan and amateur musician, Sila exposed Alexander to jazz through classic albums and by taking him to jam sessions with seasoned musicians in Bali and Jakarta. Eventually, his father and mother, Fara Leonora Urbach, who played jazz for Alexander while he was in the womb, sold their adventure tourism business to move to Jakarta so that Alexander could be closer to Indonesia’s top jazz musicians.

In 2014, Alexander’s family left Indonesia for New York, where he made his U.S. debut at Jazz at Lincoln Center following an invitation from jazz trumpeter, composer and aficionado Wynton Marsalis. Alexander has played alongside Marsalis, Chick Corea, and for Herbie Hancock. From 2014, his success only grew. Alexander released his studio albums My Favorite Things and Countdown in 2015 and 2016, respectively.

Alexander continues to hone his craft by not only practicing and composing but through touring. He’s been on a series of ongoing tours since 2015.