Twelve-year-old Sophie Brown’s world is turned upside down when she and her family move from Los Angeles to a farm. Through Sophie, young readers learn to cope with changing environments, the death of relatives and the responsibility of helping out one’s family when they need it most.

“Kids have to deal with real life just like the rest of us,” said Kelly Jones, author of Unusual Chickens For the Exceptional Poultry Farmer, this week’s CLSC Young Reader book selection. “Nobody gets a pass from having to deal with hard things no matter what age you are, no matter how much we wish that wasn’t always the case.”

Jones said as an author, it’s her job to talk about the issues that children will face. At 4:15 p.m. Wednesday in Children’s School, that discussion will continue as the CLSC Young Readers program meets to discuss Jones’ book. Betsy Burgeson, supervisor of gardens and landscapes, will lead an interactive program about the responsibilities of caring for wildlife. 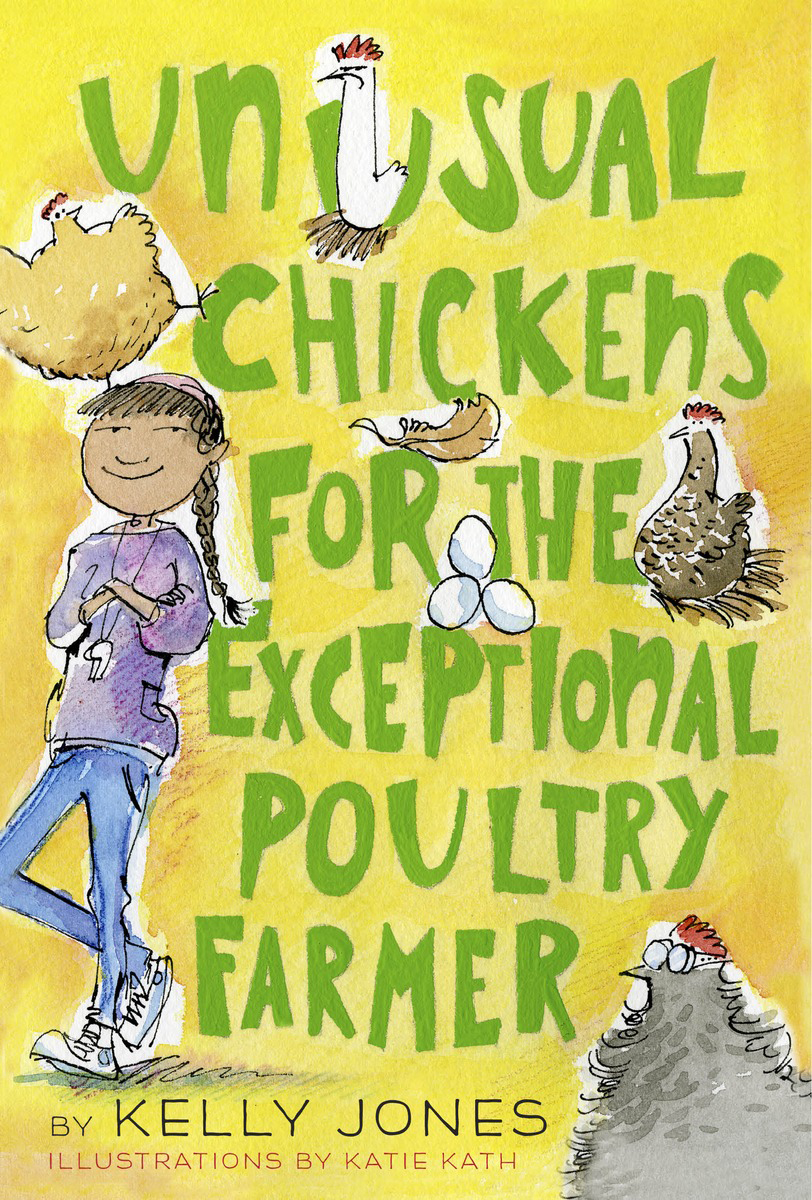 In Unusual Chickens For the Exceptional Poultry Farmer, Sophie’s family moves to a farm they inherited after Sophie’s Great-Uncle Jim passes away. Her mother is always busy working as a freelance writer, and her father is trying to find a job working at a grocery store. With the abundant free time Sophie has now that she’s moved away from her friends and city, she discovers chickens on the farm.

“I grew to admire Sophie’s character,” said Karen Schiavone, Special Studies and youth programs associate. “She’s feisty and motivated, and not afraid of hard work to care for her chickens.”

Sophie begins intense research to become qualified to raise the chickens. Schiavone said it sends a great message about being a responsible pet owner.

The story is told through letters Sophie writes to the owner of a chicken farm supply, as well as to her great-uncle and abuelita, both of whom have passed away. Even though Sophie writes to her abuelita, “I don’t believe in zombies, so you don’t need to write back or anything,” she finds comfort in writing her letters. For Sophie, the letters are “(kind) of like a diary, only what does a diary care what I think?”

The epistolary format shapes the way the story unfolds.

“When you write a letter it’s to a particular person, it’s not to the whole world,” Jones said. “That lets you decide who’s telling what to which person, and what they share and why becomes really interesting.”

Through Sophie’s letters, readers learn about how she’s caring for the chickens, but also about how she is adjusting to the new culture of her life on a farm. Even though she’s only 12 years old, Sophie is cognizant of her family’s situation in life and the issues facing her parents.

“You guys must have had a hard time when you were young, Abuelita, because even though Mom was born here and speaks perfect English, she says you have to be twice as honest and neighborly when everyone assumes you’re an undocumented immigrant,” Sophie writes to her grandmother. “I know about ICE, and I know they can’t take citizens like me and Mom away, so you won’t scare me. Too bad I never asked you before.”

But Jones said that while Sophie’s family is going through some hard times, that isn’t all they’re going through. They still care for one another and have adventures.

Their struggles are simply side notes to the main plot, which Jones said is a more realistic portrayal of the world.

“I think that sometimes that’s the hardest part,” Jones said, “not letting that become your entire life.”

Although Jones’ main purpose is to create an entertaining story for readers, she wants children to know that a book can be funny and make you think at the same time.

Through Sophie, Jones said children can be exposed to a part of life they may not have experienced before.

But the story isn’t going to make everyone run off to the nearest chicken farm.

“I can safely say,” Schiavone said, “I will likely never own chickens myself after reading this book.”